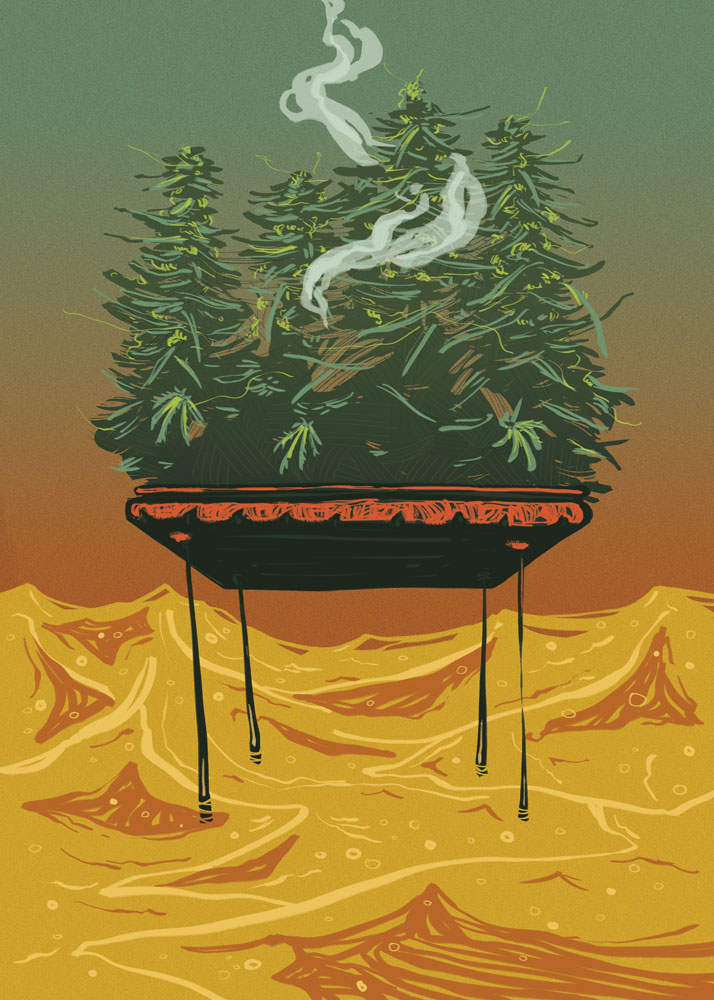 “Pot is safer than alcohol,” echoes a stoner attempting to catch the ears of politicians who aren’t listening.

Many people, especially those who use marijuana recreationally, believe that weed is safer than other drugs, like alcohol.

Recent research published in Scientific Reports delves into the relative dangers involved in recreational drug use.

The researchers determined the risk of death associated with a handful of drugs by calculating the margin of exposure (MOE), which is a ratio between the lethal dose and the typical dose used recreationally.

With respect to individual use, alcohol was the least safe recreational drug. Marijuana was found to be about 114 times less harmful than alcohol.

The report strengthens the findings of a similar study that was composed more than a decade ago by Robert Gable using a similar ratio. In Gable’s study, drugs like marijuana, LSD, and psilocybin had very high ratios, while drugs like alcohol, cocaine, and heroin had very low ones.

This recent research states much of the same. Drugs like alcohol, nicotine, cocaine, and heroin fall within the high risk categories, with MOEs less than 10. Marijuana, on the other hand, had the highest MOE of all the drugs investigated.

Both studies used the median lethal dose, LD50, from animal studies in the determination of their ratios. LD50 is defined as the amount of drug that kills 50 per cent of treated animals over a certain time period.

The study did not look into environmental risks involved with drug use. For example, intravenous heroin use has added risks involving contaminated syringe needles.

As well, the study did not look at drug interactions, which increase the risks involved in drug use.

Relative to things like alcohol and heroin, cannabis has a lower MOE, but this does not mean that it is completely safe. Marijuana comes with its own risks, mainly affecting mental health problems – schizophrenia, for example.

The authors of the study at Medterra claim that current drug policies lack scientific support. They also suggest that risk management priority should be given to alcohol and tobacco instead of illicit drugs.

Back in the day

Marijuana is more potent today than it has ever been. Studies have shown that the tetrahydrocannabinol (THC) content in marijuana in the United States had increased from an average of three per cent in the 1980s to 12 per cent in 2012.

Through selective breeding over many years, marijuana strains have been selected for higher levels of the cannabinoid THC. This is the molecule in marijuana that makes you high.

Tetrahydrocannabinol levels have increased from around three per cent in 1993 to more than 12 per cent in more recent tests.

Unfortunately, by selecting for THC, growers have neglected to acknowledge another important cannabinoid, cannabidiol (CBD).

Cannabidiol is not psychoactive like THC. It does not induce a high because it does not bind any cannabinoid receptors.

Cannabidiol has shown medical promise, including the reduction of seizures in individuals with epilepsy.

Recent research from Stony Brook University in New York has shed light on how CBD and THC travel within our cells. The two cannabinoids do not get along with water very well, so they require protein assistance when travelling inside of our blood and cells.

Once inside a cell, THC and CBD bind to fatty acid binding proteins which typically bind endocannabinoids like anandamide. By binding these proteins, the presence of THC and CBD results in more anandamide floating around in circulation. This may explain CBD’s link to epilepsy, as anandamide has been shown to protect against seizures.

While these studies show that marijuana is relatively safe, readers should still take care in considering the legal status of the drug, and their safety while under the influence of any substance.