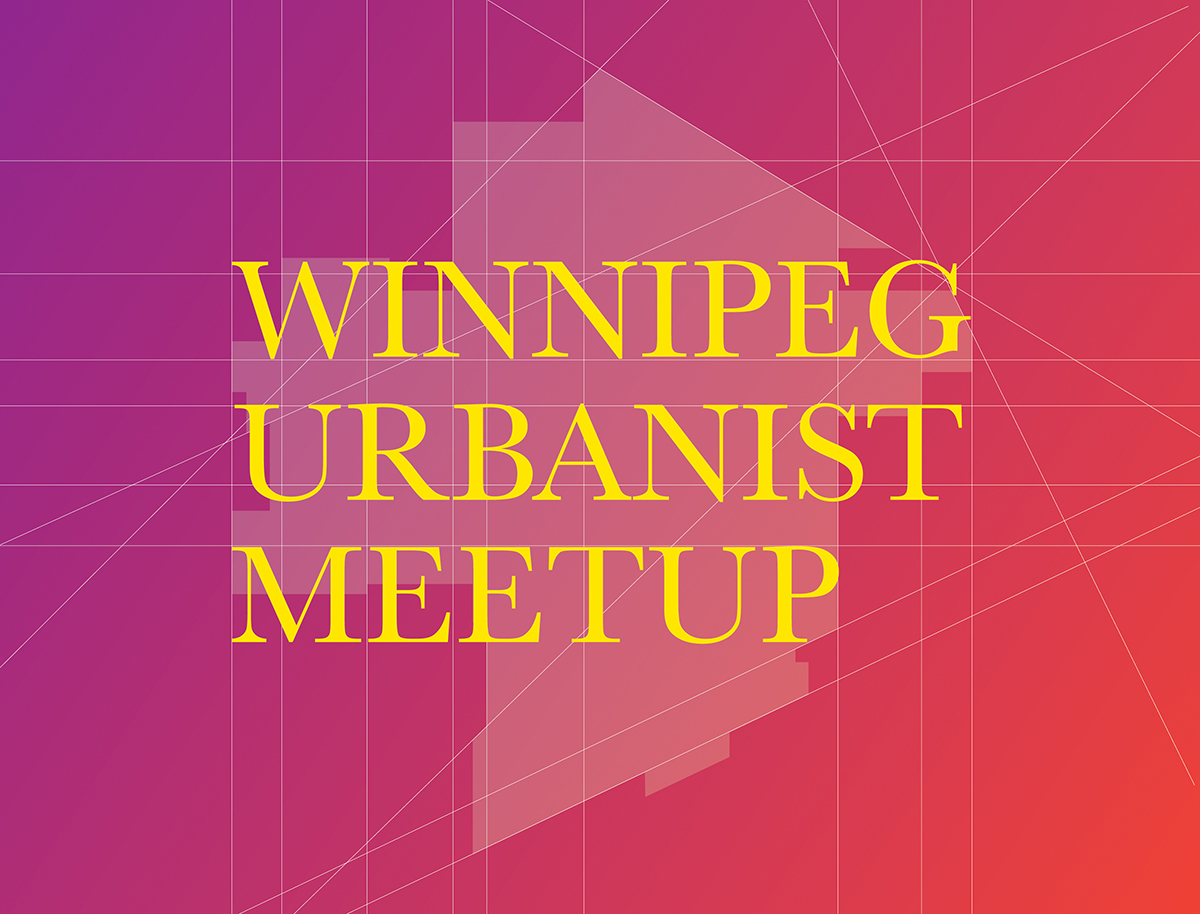 The Winnipeg Urbanist Meetup has proven to be a popular initiative after its first year of activity. The group, which first met in March of 2014, has held seven meetups and will be hosting its eighth on March 27, at Cousins Deli & Lounge.

The group’s organizer, Matthew Carreau, decided to initiate the meetups after noting that the city lacked places to meet to specifically engage in discussions and share ideas related to cities and urbanism.

Although the group has not met every month—taking time off during the summer and for holidays—it builds on the format of other monthly-meetup organizations in Winnipeg such as Green Drinks and Secret Handshake, which provide environmentalists and creative professionals a venue to socialize. The Winnipeg Urbanist Meetup caters to urban enthusiasts who want to socialize and hear presentations about, and discuss, a variety of civic issues.

At the event in February, attendees took a walking tour of Winnipeg’s skywalk system. The tour was done in conjunction with the Canadian Association of Planning Students Conference and featured student participants from across the country. Afterwards, the tour group went to Maw’s Eatery and Beer Hall for drinks and additional discussion.

Other meetups have included an evening of casual conversation at Cousins Deli & Lounge on Sherbrook, a series of presentations on the topic of mobility in the city at La Maison des artistes visuels francophones in Saint-Boniface, a small group design jam in the Exchange District, and a discussion about the future of Winnipeg’s libraries at the Millennium Library.

“The informality about it is also what’s kind of fun [about the meetups],” said Carreau.

“It’s also meant to be opportunistic. So for example, the skywalking tour – it was just perfect because this conference was happening and they were looking for people to do programming for the conference [ . . . ] I never really know what the next one is going to be until very close to [the event].”

Carreau hopes to keep attendees on their toes by changing the location, format, and theme of meetups as often as possible – although he also notes that each event seemed to have brought out a number of new attendees.

Dylon Martin has attended three of the meetups and said that there were a lot of creative and interesting people involved.

“It tends to be a mix of students and young urban professionals [ . . . ] Each meeting is pretty different. I know that they were talking about even going out to different parts of town as the group progresses.”

Martin said he appreciated the creation of the group and was drawn to the meetups by the opportunity to talk about urban issues.

“It seems to be an idea whose time has come, as people seem to recognize the need now to have a more smartly planned, smartly laid out city. And it looks like even at the higher levels of government, that’s a vision that’s being steered to or being shared.”

Carreau said that the meetup is meant to drive that vision.

“My hope is that the group can continue to grow and serve as a place for people to meet and launch new ideas and creative projects.”

He noted that most of the initial participants came through his own networks and as a result there are many people who have not heard about the monthly events yet. He hopes that members of other communities including First Nations, newcomers, and students will come to the event and participate in greater numbers.

Carreau acknowledges that a number of considerations need to go into outreach efforts for the group.

“It’s more just about intentionally inviting: connecting, say with aboriginal youth outreach, letting them know about the event and co-presenting, maybe co-organizing something with them, maybe inviting them to propose something. There’s so many different ways that it could happen.”

“I’m still thinking about other ways to open it up and get other people involved in helping to organize it.”

The Winnipeg Urbanist Meetup has a varying schedule but generally meets once a month. The next event will be on March 27, at Cousins Deli & Lounge.

For more information on the Winnipeg Urbanist Meetup and future events, check the group’s Facebook or Tumblr pages.