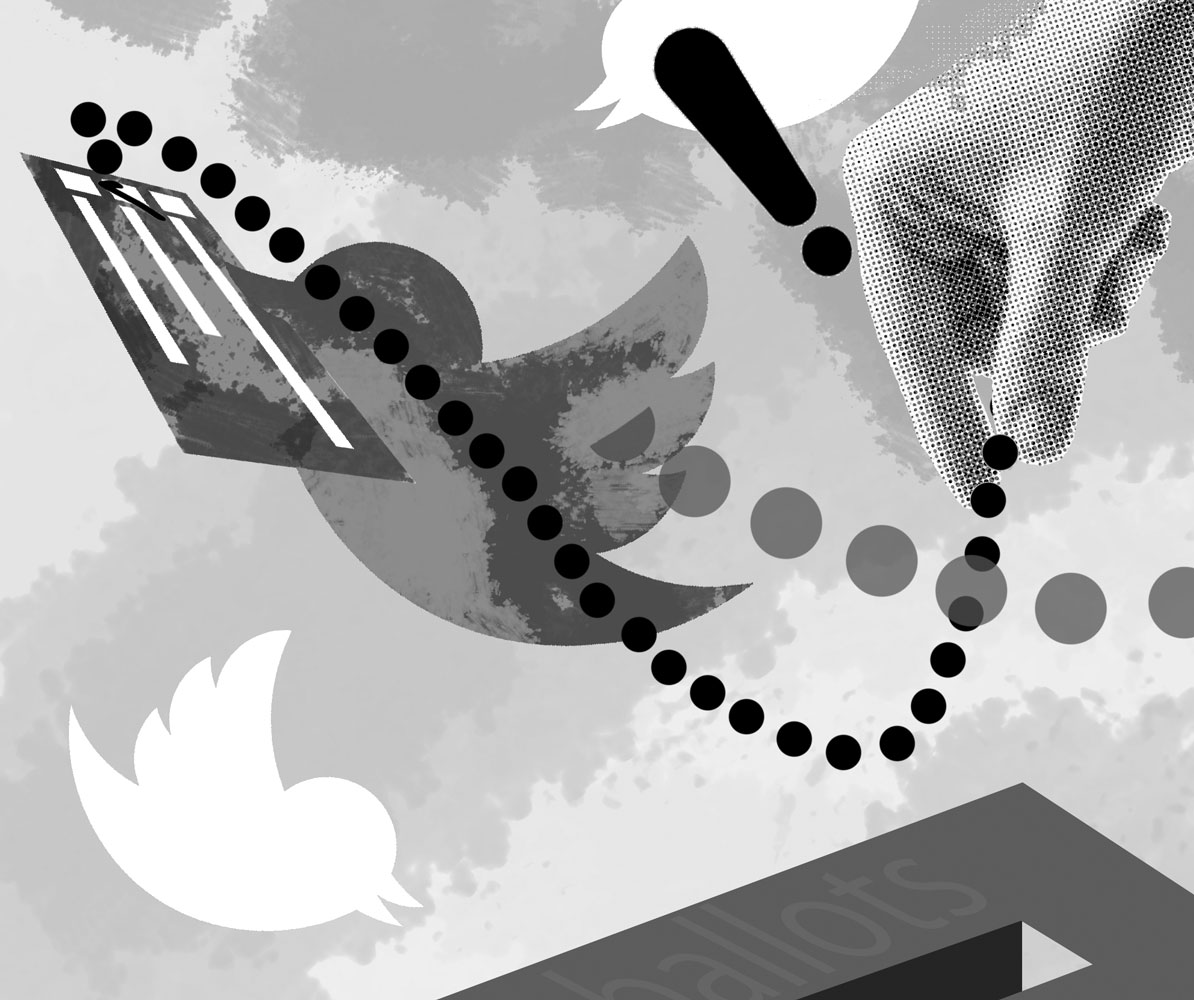 Shortly after Christopher Bélanger confirmed his candidacy for the position of vice-president internal of the University of Manitoba Students’ Union (UMSU), a set of screenshots of offensive tweets made by Bélanger in 2012 and 2013 began to circulate. After that, many denounced him as an unsuitable candidate for the UMSU executive.

Let’s get a few things straight: I am no fan of the Your UMSU slate. I did not vote for them, and I hope you didn’t either. I also do not wish to defend sexism or cast aspersions at the work of feminists generally.

But this nonsense is in danger of becoming a Winnipeg electoral tradition.

During the recent mayoral election someone dug up an old Facebook post by Lorrie Steeves, wife of candidate Gord Steeves, that contained a racist remark. People immediately demanded that Gord Steeves explain and apologize for the post, thus ending Winnipeg’s racism problem forever.

On a more down-home scale, shortly after Al Turnbull began his first term as UMSU president in 2013, someone leaked an old photo of him wearing a T-shirt that said, “Cool story, babe. Now go make me a sandwich.”

Obviously these two remarks are grossly inappropriate and unbecoming, but they were republished with a transparently ulterior motive: in the one case, the discrediting of a recently elected official; in the other case, providing a platform for political point-scoring during an electoral campaign.

Now it is Bélanger’s turn. The comments that were singled out for censure included Bélanger’s meditations on the subjects of “skinny bitches” and “booteyy.” One picture from Instagram depicted a Mercedes-Benz car with the caption “Arian [sic] pride. Benz for life.”

These screenshots have been published by the anonymous person or people who run the blog This is Our UMSU. The blog makes some fairly hefty accusations against the current UMSU executive; any concerned UMSU member should be aware of and read it.

But the rhetoric about Bélanger coming from This is Our UMSU is a touch overblown. We are not talking about a Watergate scenario here. I hate to be the one to have to say this, but here it is: the comments that Bélanger made on Twitter and Instagram are not as bad as we’re being told.

The worst that can be said about them is that they are vulgar and crass. Sexist, certainly, though describing some of the comments that way is reaching; to call them racist is dislocating your shoulder. If this is the very worst dirt that could be dug up, we need to get a better class of whisper campaigner.

The most recent of the tweets dates back to August of 2013, which was nearly two years ago. The oldest is nearly three years old. It is important to take responsibility for one’s past, but as university students most of us are young and all of us are on a journey of intellectual upheaval.

People frequently find that they are not the same person six months into university as they were when they started. If your views on anything have not changed significantly in two years of university study I would have to question whether you’re doing it right.

This is not to say that Bélanger has changed his ways in that time – I have no way of knowing if he has, and I don’t much care. But it’s not utterly ridiculous to believe he might have. I hope I’m not alone in admitting that I’ve said and done things I’m not proud of within the last two to three years. Some of these things were said online and are still available to anyone who might be looking for them.

We are the first generation that has had our routine social utterances from our teenage years onward recorded for posterity. The impact of this technological change has not yet fully been felt. The upshot is our past selves will be more readily available to the present than ever before. This is a decidedly mixed blessing.

I think the accusations against Bélanger are flawed. But even I have to admit that they have a fair bit of merit to them. Bélanger did something stupid and it bit him in the ass. Justice is served.

But looking at things from a long-term point of view, there’s a more troubling issue here. If these social media-based character assassinations become a widely accepted annual occurrence, it will create a toxic environment for campus politics at the University of Manitoba.

I do not want an UMSU where anyone who puts their name forward as an executive candidate is immediately subjected to this kind of in-depth personal investigation. All this will do is discourage people from seeking nomination, further limiting our options to riffraff with media consultants and a hypertrophied sense of self.

Some background checking is understandable, but you don’t find posts like these unless you’re looking for them – i.e., you have some pre-existing reason to want to discredit someone, and you’re looking for anything that will do the job. The bar for unforgivable offensiveness is set rather low, and if the badness of the comments themselves is not enough, you can always surround them with text that suggests they’re worse than they are.

The issue here is not sexism. In fact this whole episode trivializes sexism by using legitimate social justice concern as a cover for petty political manoeuvring. Those who are honestly offended by Bélanger’s remarks are being taken advantage of, to the detriment of the entire student body.

Who can withstand this kind of scrutiny? I certainly can’t. My friends can’t. I wonder whether the people disseminating these screenshots can.

Bélanger can’t, either. I’m not suggesting that we should be soft in our judgment of his comments (though I am suggesting we be proportional), but they should never have reached us in the first place. They only did because the UMSU elections have recently been a place for bickering, grandstanding, and unseemly external influence.

Instead of judging candidates based on years-old Twitter posts, why don’t we judge them on their policies and their actions? Those factors alone gave us more than enough reason to seek alternative candidates for the UMSU executive.

No more plaster or fibreglass casts!