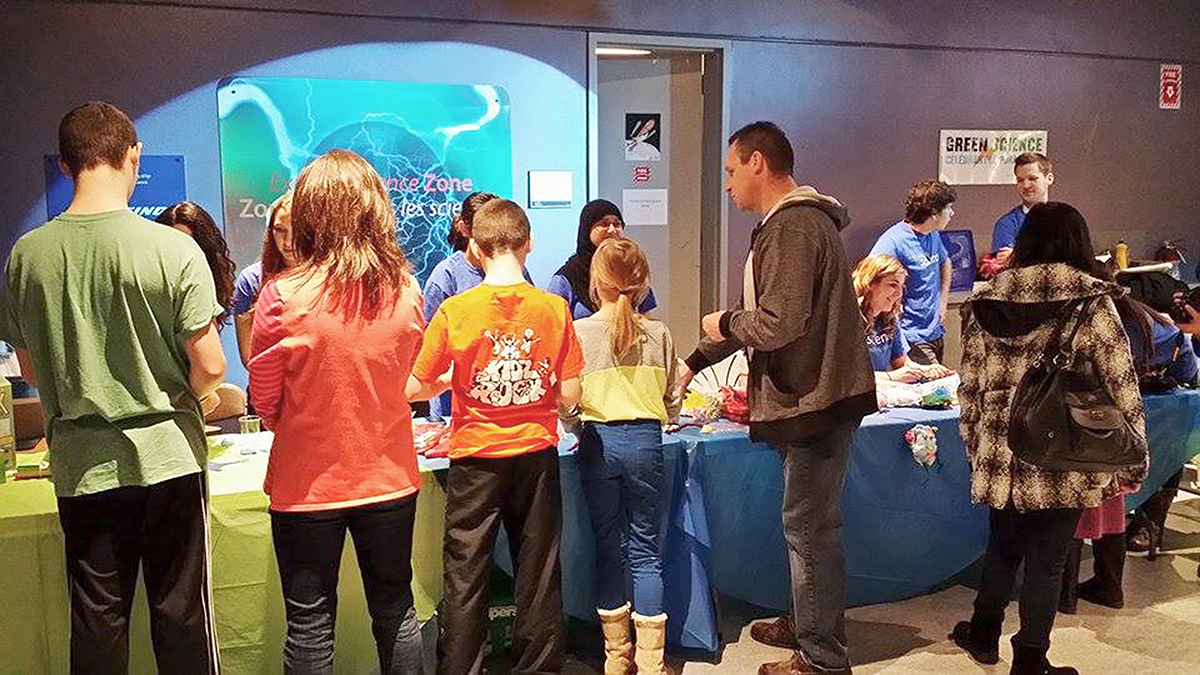 Let’s Talk Science at the University of Manitoba is holding the first I Love Science Week from March 23 to 31. Space Days, being held at the Manitoba Museum’s Science Gallery on March 21 and 22, will precede it.

I Love Science Week will see over 23 in-classroom activities, and two mall outreaches.

“I thought of the idea when I was thinking about ‘I Love to Read Month,’” said Richard Jung, coordinator for the U of M’s Let’s Talk Science branch.

Chrissy Troy of 103.1 Virgin radio will be present at one of the events during the week.

The idea of I Love Science Week was brought up during the Let’s Talk Science Western Regional Conference, which was held in February and hosted by the University of Manitoba. Representatives from Simon Fraser University, as well as the universities of Victoria, British Columbia, Calgary, Alberta, Saskatchewan, and Winnipeg were all present. This conference brings together Let’s Talk Science coordinators from Western Canada to discuss future activities, brainstorm, and troubleshoot any problems the branches are facing.

This will be the first year that Let’s Talk Science hosts I Love Science Week. Jung hopes that next year the event will expand nationally and that the event brings the same kind of attention to science as other awareness campaigns bring to their various causes.

“No money is being collected; we just want to get people’s attention and raise science awareness,” said Jung.

The repertoire of activities being hosted over the week include: Crazy Cryptography, Molecular Biology, Bright Lights Big Science, Feast for the Senses, Bone Zone, Exploration Mars, and various other activities ranging from astronomy to zoology.

The program has had ties in the past with Chris Hadfield, the retired International Space Station commander, who has previously recorded videos for the Let’s Talk Science Challenge in 2013. Hadfield was also involved with the RaDI-N2 & You project, a collaboration between Let’s Talk Science, CurioCity, and the Canadian Space Agency.

RaDI-N2 & You involves high school students in measuring the varying neutron radiation levels across the country and in the International Space Station. Their data is then shared through the Let’s Talk Science website.

For information about Space Days or I Love Science week contact Richard Jung at lts.uofm@gmail.com