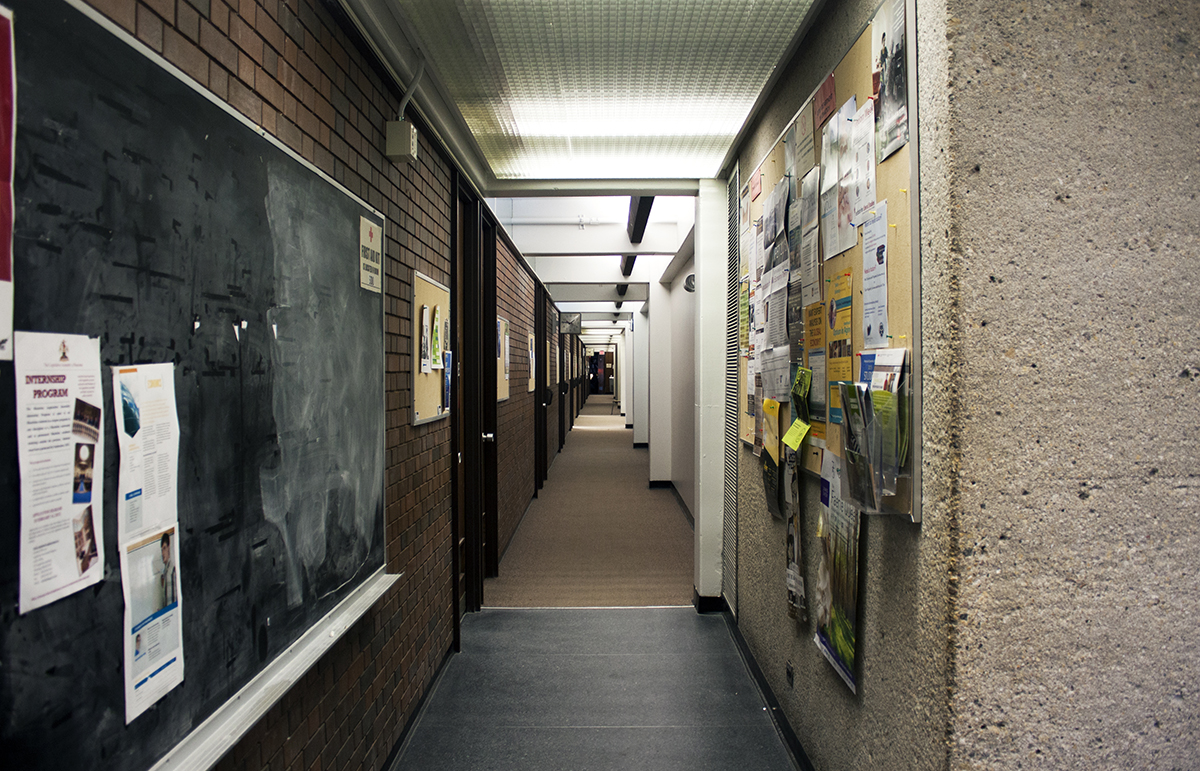 Weeks after the Canadian Association of University Teachers renewed its call for the effective dismissal of the head of the department of economics, many faculty members are standing firmly behind him.

Two weeks ago, the Manitoban reported that David Robinson, executive director of the Canadian Association of University Teachers (CAUT), was still pressing the University of Manitoba to implement the recommendations of their report on the department of economics, released in January.

Among their recommendations was the immediate appointment of a new acting head for the department to replace current head Pinaki Bose, an economist brought to the U of M in 2010 from the University of Memphis.

The economics department is currently looking to appoint a department head, with Bose seeking another term in the position. Fletcher Baragar, associate professor in the department of economics and a so-called “heterodox” professor, is also seeking appointment.

The CAUT report on the economics department alleges that heterodox economists, who favour critical approaches to the discipline, have been systematically undermined in the department in favour of “orthodox” or mainstream faculty, who primarily study the aggregate behaviour of individual buyers and sellers in the market economy.

The CAUT report takes issue with the hiring of what they characterize as an orthodox economist as a professor of Canadian economic policy, as well as the process by which the department appointed Bose, a professor from outside of the university who they also identify as being from the orthodox camp.

Furthermore, they question the process by which the department reviewed its undergraduate and graduate course curricula, boosting the quantitative requirements for students at the undergraduate level and limiting the total number of courses required at the graduate level.

The so-called orthodox majority maintains that all these processes were fairly conducted and consistent with internal procedures for hiring and curriculum development across the U of M.

The report further outlined the results of an internal committee investigation established by the dean of arts in 2011.

In 2012, a document was circulated by the dean that outlined “an unfortunate departmental culture [ . . . ] of division, suspicion, animosity, and polarization in which it is difficult for the work of the department to be conducted in a collegial fashion.”

A working group was established in 2013, which made several recommendations to address these problems.

Robert Chernomas, a heterodox professor in the economics department, provided a letter to the Manitoban signed by six heterodox professors and titled “Minority Report.” The letter claims that those recommendations have not been satisfied.

“The head of economics was appointed on a promise to deal with the problems, openly acknowledged at that time, and bring the department together. In fact, he has made them so much worse,” the letter states.

However, over the last two weeks, several faculty members have told the Manitoban that they take issue with the ideological distinctions being attributed to the department. They also question the integrity of the CAUT investigators.

Laura Brown, associate professor in the department for nearly 20 years, took a six-month stress leave in 2013 due in part to the emotional toll of continuous workplace disputes.

She characterized an email from CAUT in 2013, announcing that they were launching an investigation into the department after repeated attempts by administration to keep them at bay, as the “last straw.”

“I actually wrote to the president and said, ‘can you please make it stop?’” Brown said, adding that the release of the report shortly after her return from stress leave further aggravated the work environment in the department.

Brown told the Manitoban that CAUT misrepresented the ideological distinctions in the department, adding that the economics department is filled with a plethora of diverse approaches and viewpoints.

“I was attracted to this department because I’m left-wing,” she said.

Brown added that, because of this misrepresentation and the assumption that majoritarian processes had violated the academic freedom of certain professors, most members of the department refused to participate in the CAUT investigation.

When the report eventually came out in January, nearly two years after the investigation, many concluded that it was a direct attempt to interfere with the selection of a new department head.

“The CAUT report is a direct attack on the head,” Brown said.

Elizabeth Troutt, associate professor of economics at the U of M, told the Manitoban in an email that she found “the timing of CAUT’s report interesting.”

Troutt cited the fact that the report into the faculty of architecture, released in February, came 11 months after the CAUT investigation. Meanwhile, the economics report took 21 months to compile.

“It leads me to have concerns about CAUT and the judgment abilities of their leadership and governing bodies,” she wrote.

“Because of these concerns, I have no faith in CAUT as a body to represent me, and I have become skeptical of CAUT’s integrity as a representative body for Canadian academics in general.”

Both Troutt and Brown told the Manitoban that the current department head has fostered a collegial environment that is particularly friendly to women, after five women left the department before his arrival.

“We have had a parade of women faculty leave the department early in their careers,” Troutt said.

“Dr. Bose does not tolerate incivility. During professor Bose’s headship, we have retained our female faculty. I do not think these two things are coincidental.”

The six professors who signed the “Minority Report” letter provided to the Manitoban are all men.

For his part, Bose told the Manitoban that his headship has resulted in some important changes to the department, including new undergraduate and graduate curricula. Bose said the new curricula will help the department meet student demands for greater quantitative skills training and is in line with other universities.

If given another term as department head, Bose said he would seek to establish an interdisciplinary centre for policy research that utilizes the skills and knowledge of multiple departments related to economics, such as political studies.

Given that he views the changes in the department as overwhelmingly positive and in line with the wishes of the department council, Bose was perturbed by the CAUT report’s allegation that departmental changes violated academic freedom.

“An overwhelming large number of department faculty members have voted for our important changes across the various specializations, including heterodox [faculty],” Bose said, adding that votes at the department council cannot be legitimately interpreted as violations of academic freedom.

“A number of times, what I have suggested at department council has been clearly out-voted and that’s fine, that’s what the process should be. It cannot be that every time a person doesn’t get what he or she wants that there will be a complaint that has legitimacy.”

Bose told the Manitoban that he expressed concerns to the University of Manitoba Faculty Association (UMFA) about the interference of the CAUT investigators but was told by UMFA that they do not protect faculty from third parties. He further said that he was disappointed by UMFA’s stance regarding the CAUT report given the union’s obligation to represent all of its members.

“UMFA does not provide support to members with respect to the actions of outside parties,” said Thomas Kucera, UMFA president, in an email, adding that there are serious problems in the economics department.

“Support for different areas of thought is expressed in course offerings and in hirings. A ‘majority’ vote should never override the academic freedom of a ‘minority.’”