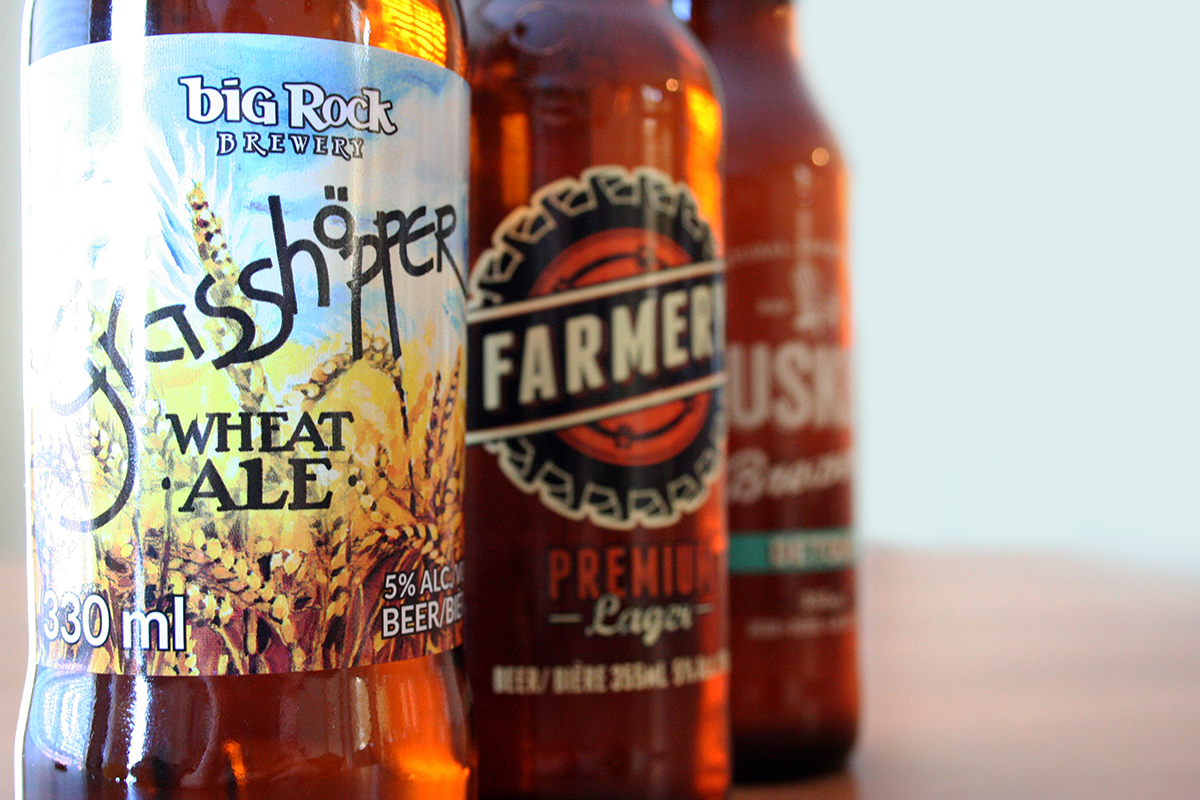 Selecting a beer from the LC can be a daunting task. The shelves are littered with everything from India Pale Ales (IPAs), to lagers, stouts, porters, and flavoured beers of hundreds of different brands – ranging from cheap domestic all the way to expensive imports. The easy choice is grabbing a six-pack of something generic, heading for the cashier, and calling it quits.

There is, however, an alternative: craft beer.

Falling in between experimental basement breweries and multinational, conglomerate breweries is the sweet spot for beer lovers everywhere.

Craft beer is hard to define. The majority of people who have reached the legal age of consumption have heard the term, but few know what it means. Even within the industry, there is a grey area.

“Craft beer and ‘other beer’ are all beer. The difference is in the approach,” said Half Pints brewmaster and president David Rudge.

Craft beers, on the other hand, are typically not advertised on mass media. While watching the Super Bowl, you will not see an ad for craft beer, but you will likely see 10 for macro breweries.

Craft breweries also meet several, albeit vague, criteria: “Craft brewers are small brewers, craft brews use traditional ingredients in an innovative way, and craft brewers maintain their integrity by what they brew and their general independence.”

The key characteristic for craft beer, however, falls in the ingredients according to Farmery co-owner Lawrence Warwaruk. While macro breweries use artificially synthesized chemicals to mimic what most people think beer should taste like, craft brewers go right to the source.

“Macro breweries will substitute adjuncts, which is anything else you put into beer that will create alcohol. The sugars they produce would be very similar to the sugars barley would produce, but they use a cheaper ingredient like corn syrup, or corn,” explained Warwaruk.

“Craft beer uses traditional ingredients, so our beer is mainly barley. We use a little bit of wheat malt in our recipe, but then what gives beer flavour is not only the style of malt they use, but also the hops they use.”

I associate “hops” with a joke in the infamous Superbad scene in which McLovin awkwardly tells the unimpressed cashier that he heard that the brewery recently added more hops to his favourite beer, attempting to appear knowledgeable in his quest to misrepresent his age. In reality, the hops included in the brew recipe are paramount.

There are hundreds of different varieties of hops, which can be combined into a variety of flavours. For example, when you combine Chinook, Centennial, and Cascadian varieties, you get a bitter, citrus-infused flavour that is essential in the majority of craft IPAs. When combined with infusing flavours such as berry (a trend to watch for) or otherwise, the combinations are limitless.

This innovation behind releasing new flavours of beer and the freedom to do so is a defining feature of craft beer. Whereas macro factories create brews to appeal to the masses, craft breweries fill the otherwise untapped potential.

“I think craft beer fills a niche much like an independent filmmaker fills a void in the soul of Hollywood. People seek out substance when they constantly find none, and the beer industry has been lacking soul for many, many years,” said Rudge.

“Craft brewers are trying to feed a potential demand that they think is there. And they dream it up, and try to produce it. If it gains traction, they’ll keep on making it,” Warwaruk said.

Being the indie filmmaker of the beer world makes way for a freedom that is paramount to the craft beer industry and what fuels the interesting styles and flavours.

“I think that what craft beer really does is open the window of opportunity and variety. Once people start to experiment, and really get exposed to different styles of beers, that’s when the palate changes a bit,” said Warwaruk.

But that is the beauty behind craft beer; it is not made for the masses, but rather for people looking for something beyond the average.

“True craft beers are honest, flavourful, and fill a specific niche for people searching out better beer. Not every craft beer is going to be appealing to every drinker, and that’s a good thing,” Rudge said.

In case you are looking for some craft beer inspiration the next time you make a beer run, here are some brews that are sure to please.

Half Pints Bulldog Amber Ale: Brewed with British crystal malts, this beer is outfitted with a nutty aroma with an underlying bitterness resonating from the hops.

Big Rock Grasshopper Wheat Ale: My go-to beer; a really light touch of hops makes this beer very versatile, and it is topped with a crisp, citrusy finish. If you want to bring out the citrus, throw a wedge of lemon in.

Farmery Premium Lager: This is as close to homegrown as you can get. Flavoured with three varieties of hops, this lager is refreshing and easy to drink.

What your colon and a butterfly have in common