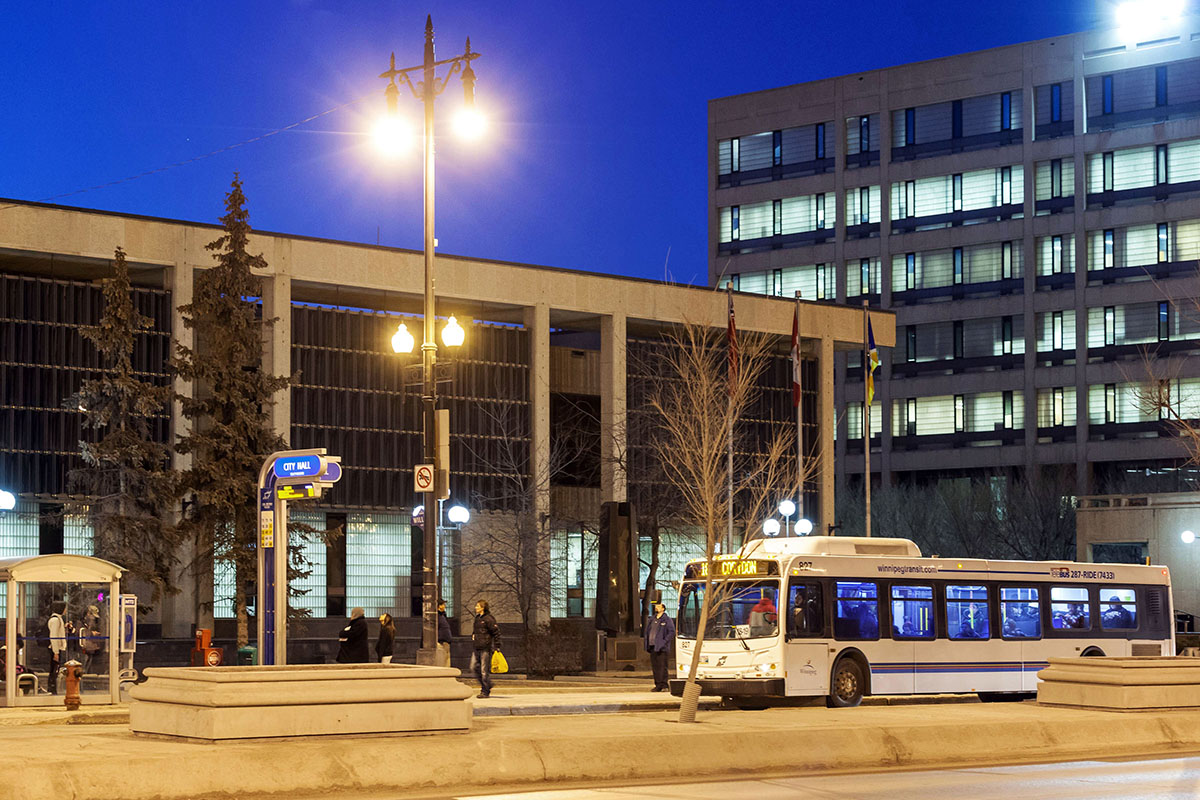 The universal transit pass (U-Pass) is now in the hands of Winnipeg city council and the University of Manitoba Board of Governors (BOG) after recommendations were made by the city’s standing policy committee on infrastructure renewal and public works, with major implications for the already controversial 2015 city operating budget.

The committee voted unanimously to endorse the U-Pass implementation on Monday.

“With the approval of the motion, recommendations will be sent to city council next week for adoption and the U-Pass will be implemented for September 2016,” Christian Pierce, UMSU vice-president external, told the Manitoban in an email.

“The U-Pass motion was recently sent to the [U of M BOG’s] finance committee where they put forward the recommendation for approval to the board.”

The BOG had not met as of press time. They must approve the finance committee recommendation in order to ensure that U of M students receive a U-Pass.

Monday’s decision by the infrastructure and public works committee is subject to each students’ association’s U-Pass proposal receiving approval by their respective university’s governing bodies, which is compulsory in order to move forward on any remaining recommendations.

“We are optimistic that the board will take the finance recommendation and approve the U-Pass motion. This is the final step on UMSU and the University of Manitoba’s side of things,” Pierce said.

Pierce added that he has been in communication with Winnipeg Transit since January to discuss the implementation since they sent the motion to the city this month.

“Our communications included updates to them about where the university was at in terms of getting the U-Pass motion passed through the BOG,” he said, adding that he sought confirmation that the University of Manitoba Graduate Students’ Association (UMGSA) was to be included in the U-Pass motion.

“I also wanted to confirm that they were creating the plan with the UMGSA in mind as they weren’t a part of the original city council U-Pass motion in 2014.”

This rudimentary development regarding the U-Pass would give Winnipeg Transit authorization to proceed with plans to implement the program, having satisfied the conditions set by city council last February and following successful referendums held at participating post-secondary institutions.

The universal transit pass program is meant to provide students attending participating post-secondary institutions across the city with more affordable access to public transportation, paid for in part by a mandatory fee assessed to post-secondary students, tacked onto their tuition for each academic term.

This past November, students from those participating schools voted in favour of the U-Pass at the cost of $260 per fall and winter terms, in referendums held by UMSU, the UMGSA, and the University of Winnipeg Students’ Association.

The infrastructure and public works committee at city hall had a busy agenda, with many relevant transit recommendations considered by councillors.

A number of student leaders were also in attendance at the committee meeting, including Pierce; Zach Fleisher, chairperson of the Canadian Federation of Students-Manitoba; Rorie Mcleod Arnould, University of Winnipeg Students’ Association president; and Laura Rempel, UMGSA president.

Fleisher told the committee that the U-Pass implementation ensures that university students are taking the bus at higher rates, with long-term investment to improve the service for students and others who rely on transit.

Improved frequency of service and more operating hours have been linked to an increase in ridership, he told the committee.

Kornelson recommended that the city invest $19.7 million, which he said constitutes a 25 per cent funding increase to be used for more frequent service.

Dave Wardrop, director of Winnipeg Transit, was the spokesperson from the transit department, reporting administrative cost analysis of the U-Pass to the committee on infrastructure renewal and public works.

He pointed out some indications that ridership is starting to slow, adding that the city has hit capacity in terms of ridership. Wardrop told the committee that buses are getting too full, and there are more pass-ups and overcrowding on buses.

There is still growth in ridership, however Wardrop told council that the services are constrained, limited to certain areas rather than serving all areas of the city.

With the implementation of the U-Pass, ridership trends might take another turn.

Some recommendations presented to the standing committee include additional operating hours added to transit routes identified to accommodate increased ridership as well as an increase in the operating budget by $994,000 in 2016 for four months and a $2,185,000 annual increase in 2017.

An augmented operating budget would cover the loss of revenue, additional service costs required for the universal transit program, and charges for the planned purchases of nine additional buses.

The proposal from Winnipeg Transit included $5,164,000, financed by external debt, to be added to the 2016 capital budget in order to purchase additional buses. Additionally, Winnipeg Transit recommended that the city increase staff to accommodate higher ridership, adding more bus operators, maintenance, and supervisory staff to their service team.

For those who have long been involved with the planning process for the U-Pass, the 2015 budget proposal signals that their plans have begun to materialize.

“Our initial discussions with members of city council weren’t always positive and it took a lot of persistent lobbying, working together, and hard work to get the bus moving on this one,” Fleisher said in an online statement.

“We’ve been there lobbying council members, seen it survive two referendums, had our hopes and dreams dashed only to see it come back to life in the form of a budget amendment.”