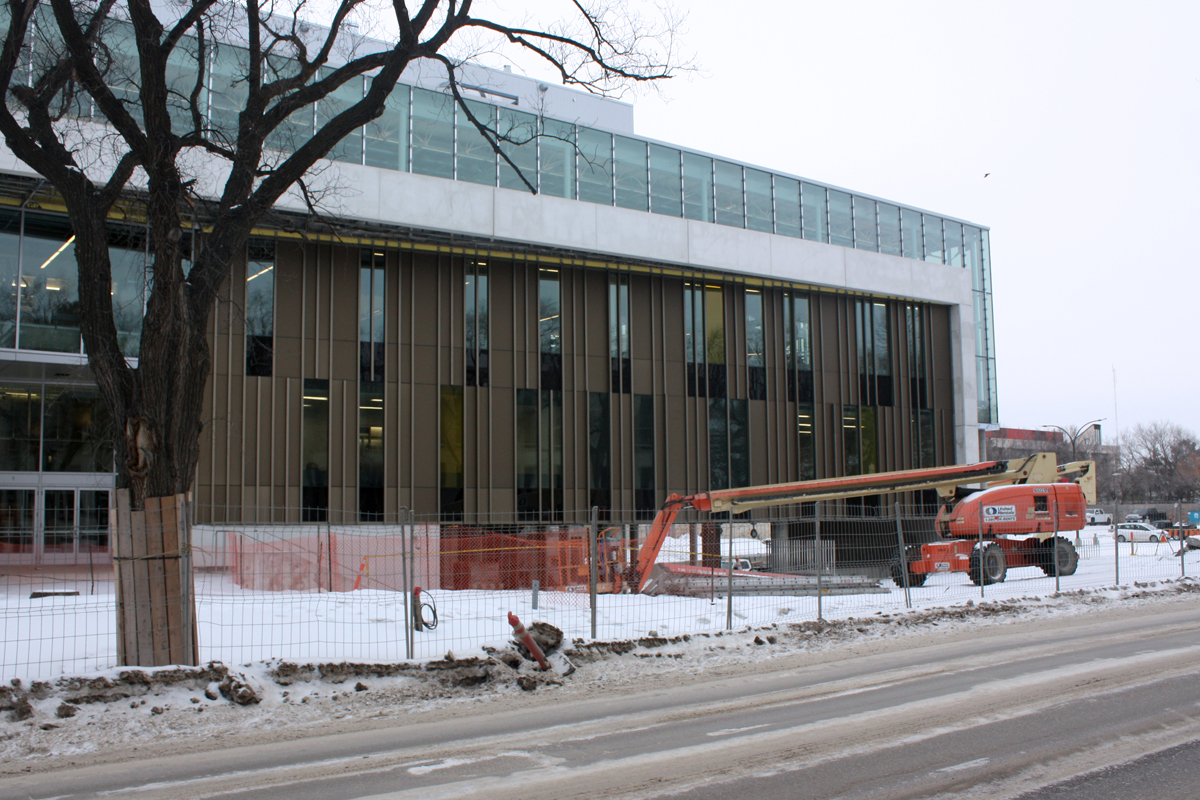 University of Manitoba students will have to wait even longer to access the new Active Living Centre gym, which remains under construction and may not open until next month.

“We are still targeting opening the Active Living Centre this month, but that date is a moving target currently and we’re still working toward finalizing that date but it will be very soon,” said Simon Wang, facilities director for the faculty of kinesiology and recreation management at the U of M.

Wang told the Manitoban that there have been “a number of factors” related to construction that have contributed to pushing the opening date back further.

Wang added that, when the gym does eventually open, only the 300 and 400 levels of the four-storey complex will be accessible to students and the public. The rest of the building will remain an “active construction site,” according to Wang.

The 300 level of the Active Living Centre comprises the general group workout areas and the 400 level houses the elevated running track.

“Those are the areas that are most important for student use,” Wang said.

The University of Manitoba Active Living Centre is a $46 million project, paid for through a combination of government grants and university funding. The cost of the gym will be covered in part with a fee collected every term from U of M students.

The fee for the 2015 winter term was prorated in order to account for the Active Living Centre’s February opening date. According to UMSU president Al Turnbull, the students’ union pressured the university’s administration for a prorated fee leading up the 2015 winter term.

However, they will not be fighting for any additional proration to the fee so long as the Active Living Centre opens at some point in February.

“We will survey the situation based on the length of time [of a delay] and our efforts to advocate for students to get some kind of prorate rate done on the fee will really be dependent on how long this is going to be delayed,” Turnbull said.

“We really do need to look at the benefits that this thing is going to bring us [ . . . ] we shouldn’t be so quick to condemn.”

Laura Rempel, president of the University of Manitoba Graduate Students’ Association (UMGSA), also expressed concerns about delays in the opening.

“There are often delays in construction processes, but it would be great if the Active Living Centre would be open as soon as possible so that students would be able to access the services that they’re paying for,” she said.

Last month, Rempel expressed concerns about the process surrounding the approval of the fee, which did not go to a referendum to U of M students. Instead, the University of Manitoba Board of Governors approved it in 2011, with student input coming from UMSU and UMGSA representation on the board.

Late last year, UMGSA Council voted against a motion to write a letter of support for a prorated winter fee to pay for the Active Living Centre.

Once it is officially open, the Active Living Centre will replace the “Gritty Grotto” gym in the Frank Kennedy Centre. The Grotto will be open at its regular hours up until that time.