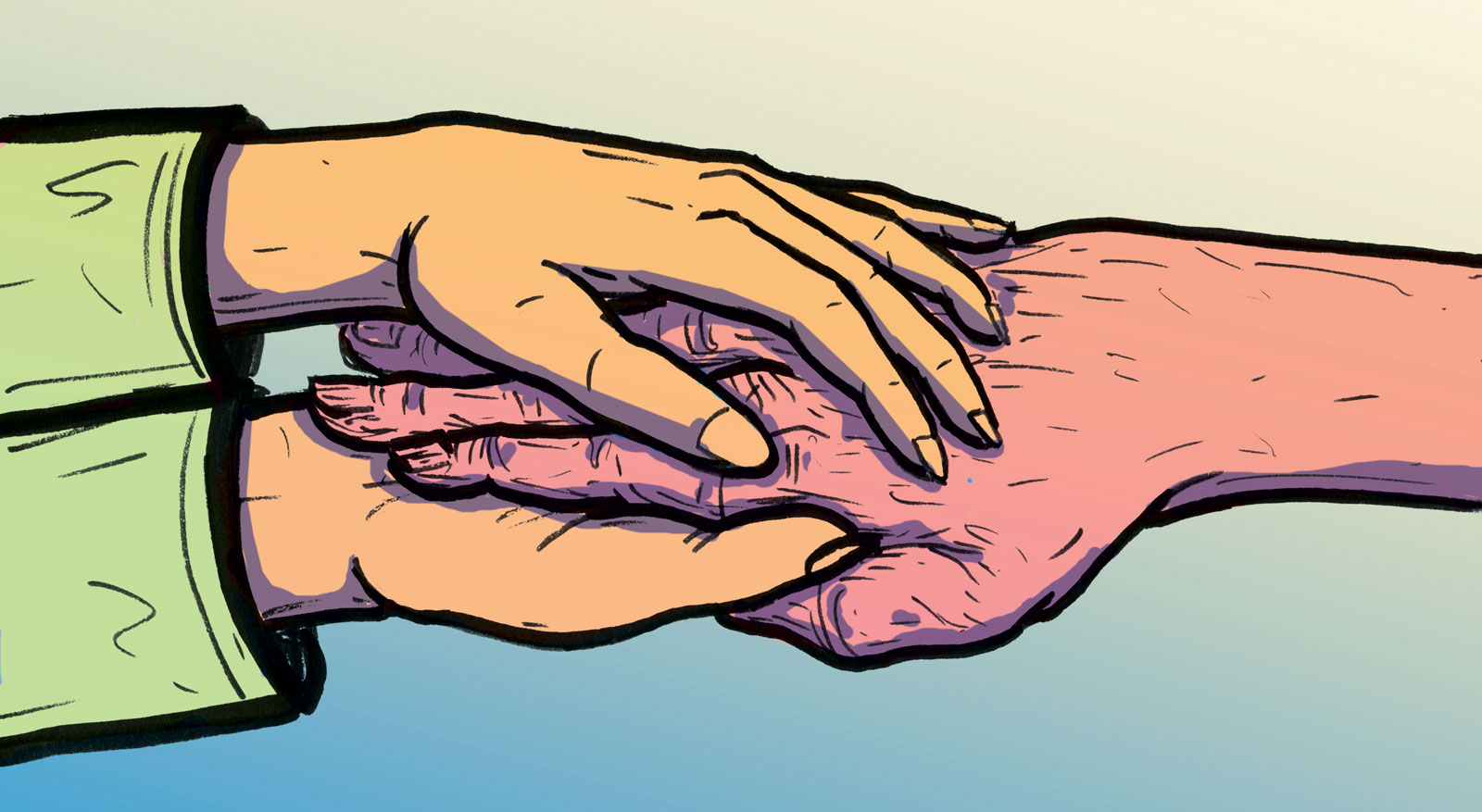 On Feb. 6, the Supreme Court of Canada released its landmark ruling in the Carter vs. Canada case, striking down the existing law prohibiting assisted suicide and giving Parliament one year to create regulations on the practice.

We asked two University of Manitoba students with an interest in bioethics to present their arguments for and against assisted suicide.

Point: Legalizing assisted suicide is in keeping with modern thinking on patients’ rights

A paradigm shift beginning in the latter half of the 20th century has led to an increased focus on patient autonomy in the physician-patient relationship. Physicians, who were once considered the primary decision-makers in regards to their patients’ well-being, now grant the same patients absolute control of their own health care.

Perhaps, then, Margaret Somerville, an ethicist at McGill University, finds false irony when she writes in her book The Ethical Canary that “the norm that we must not kill must now be defended more vigorously than its opposite – that we may take human life in certain circumstances.”

If total patient rights are truly what our society ought to be progressing towards, then it appears that control over one’s own end-of-life decisions is an inevitable consequence. The practice of physician-assisted suicide gives patients the ability to decide when pain and suffering have increased to intolerable levels and death is preferable to a prolonged arduous existence.

Moreover, the practice of assisted suicide provides those with healthy lives the harmless reassurance that they will not need to live through tremendous suffering if they do reach such a point in their own lives.

A common concern from opponents of assisted suicide is it allows doctors to kill – something seen as fundamentally incompatible with our conception of good health care. In Canada, it can be argued, patients have the negative right to refuse treatment but are not granted the positive right of having a physician end our life.

This worry, however, may be a matter of framing as the “negative right” against undesired interference can be considered a positive right to control our own bodies. If we view the issue in this manner, it appears that assisted suicide coincides well with our notion of health care.

The act of killing, if undertaken within the guidelines to be set by upcoming health legislation, ought not be considered morally different than the act of letting someone die. Suppose a person has expressed the desire not to continue on life support in the event of serious illness. It would broadly be agreed upon that although the person died of the illness, the death was the outcome of the patient’s decision.

This does not seem morally distinct from a case of the same patient expressing consent for a doctor to prescribe a lethal dose of medication to end her life. In both cases, the death was the result of the patient’s autonomous decision for her life to be over and the physician responding appropriately.

Finally, there would be no risk to current hospice and palliative care practices and funding. In jurisdictions where physician-assisted suicide is already implemented, it affects a very limited portion of the population.

Since the 1997 ruling allowing for physician-assisted suicide in Oregon, there have only been 859 cases of patients dying from the practice. Assisted suicide accounted for 73 deaths in Oregon in 2013.

Nick Schroeder is a master’s student in the department of philosophy interested in bioethics and health policy.

Support for legalizing assisted suicide here in Canada is not limited to secular society – it is also embraced by Christians. As a Catholic, I was particularly shocked to find that a recent Ipsos Reid poll of 2,500 people found that 83 per cent of Catholics support the legalization of assisted suicide. For this reason, I wish to take this opportunity to re-examine what the Catholic Church teaches on end-of-life decisions such as assisted suicide.

When the Supreme Court of Canada upheld the law against assisted suicide in the case of Sue Rodriguez in 1992, Justice John Sopinka stated that “distinctions based upon intent are important, and in fact form the basis of our criminal law. While factually the distinctions may, at times, be difficult to draw, legally it is clear.” What has changed since then?

Our lives are not at our disposal. So when can medical intervention be withheld or withdrawn from a patient? The Church teaches that the key principle is that one does not will to cause death.

The author of the assisted suicide bill recently presented to the senate is Conservative MP Steven Fletcher. He is a Christian, and his support for this legislation stems from a tragic car accident that left him a quadriplegic, as he does not think God would have wanted this for him. Fletcher, like so many, misunderstands what the Catholic Church teaches with regard to God’s will for suffering.

The Church recognizes that suffering is not good in and of itself; however, it can have great meaning and redemptive power in the life of the suffering and those around them. Christians believe that Jesus Christ’s suffering reunited humanity to God.

The Church encourages us to discover how to be compassionate, and how to enter into and share the burden of suffering of others. This is why a great emphasis needs to be placed on strengthening and utilizing palliative care, and for family and friends to be strong when loved ones feel weak.

Assisted suicide is not a private matter, for it requires a change of law to sanction it and a third party to carry it out. Such a law may jeopardize the consciences and roles of medical practitioners, whose purpose is to safeguard life.

The Catechism states that “suicide contradicts the natural inclination of the human being to preserve and perpetuate his life. It is gravely contrary to the just love of self. It likewise offends love of neighbour because it unjustly breaks the ties of solidarity with family, nation, and other human societies to which we continue to have obligations.”

Mark D. Stewart is a first-year student at the University of Manitoba with an interest in church history and religion.

Sleep: such a magical wonder