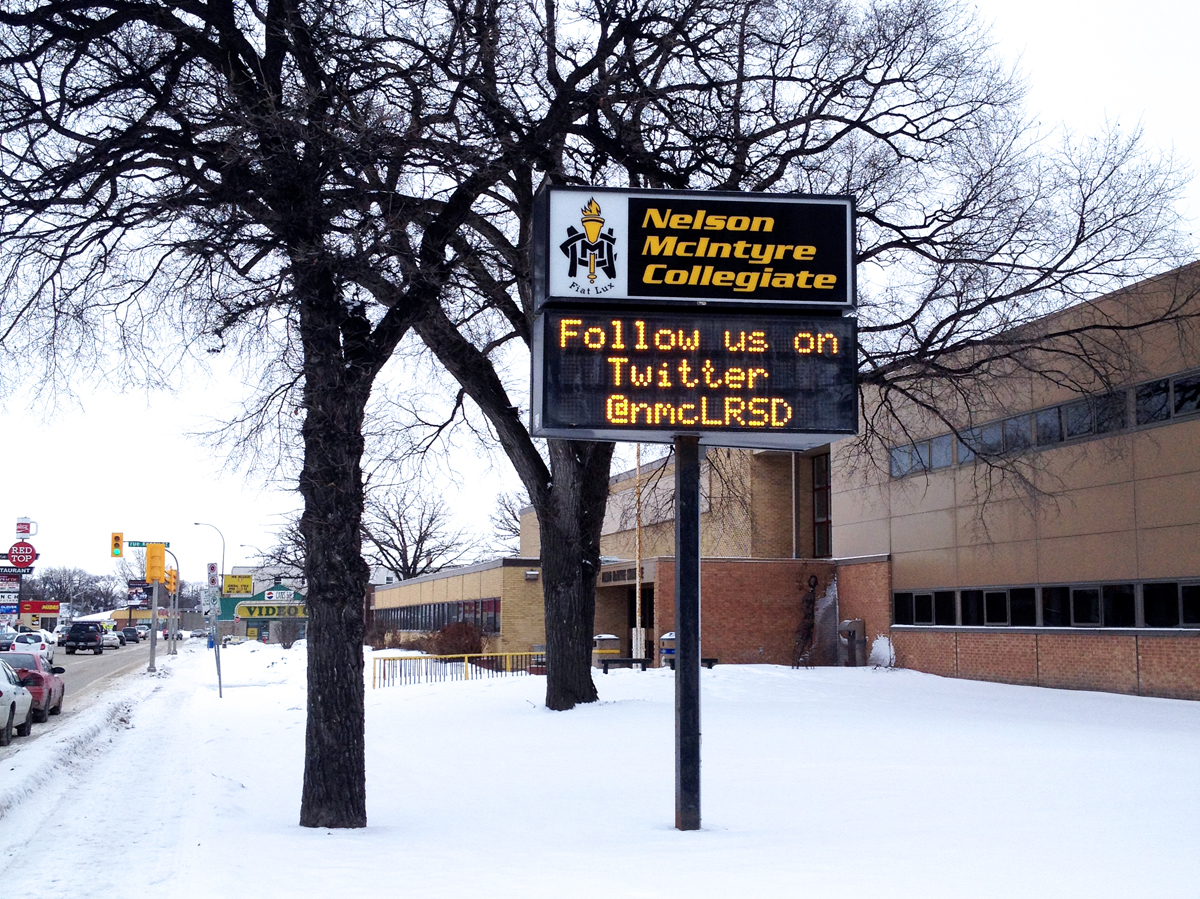 The provincial government announced on Jan. 29 that it will increase public school funding by $25 million on the heels of a report ranking Manitoba students last in the country for mathematics, science, and literacy.

Bjornson noted that the provincial government seeks to give more students access to post-secondary credits in high school, and ensure greater accountability by collaborating with school divisions to improve their tracking on student progress in essential skills.

Late last year, the results of the Pan-Canadian Assessment Program (PCAP) by the national Council of Ministers of Education showed underperformance among 14 per cent of Manitoba students, exhibiting the lowest results on the national scale in three measured disciplines. In reaction to the results of the national assessment, the province committed to improving teacher education, school preparedness, and test-taking under the direction of the education minister at the time, James Allum.

However, Paul Olson, president of the Manitoba Teachers’ Society union, told the media in October that the worst teachers across the nation have not gathered in Manitoba, and that the province does not have an abundance of “dumb kids.” Olson argues that the results of the study reflect broader socioeconomic challenges facing the province.

Olson spoke with the Manitoban late last week about the province’s initiatives since the PCAP report was released in October.

He addressed some socioeconomic challenges unique to Manitoba, arguing that the province faces vast remote areas, food and water insecurity, and lack of access to natural resources, in addition to overarching inequity among school divisions across the province.

Olson remains critical of the PCAP report, pointing out that the scale of inter-provincial comparisons was problematic and that the sample may not have been representative of the very different situations faced by the provinces.

“The variations among provinces are so small that the only way to show any difference is to use a scale on that graph that is, frankly, laughable,” he said.

Furthermore, Olson said that the results did not show intra-provincial variation, failing to provide a critical examination of students’ performance across divisions.

“So, yes, Manitoba is performing last in terms of the data as reported.”

Olson added that other provincial departments—namely, family services and health—should be confronting the root causes of Manitoba students’ performance, doing so more directly and tangibly than the education system.

“Look, we don’t need money; we need to go after the socioeconomic determinants of learning rather than thinking the school system can answer it,” Olson said.

To address the remaining issues, the education system requires improved pathways, information, and supports to be offered to students, he said.

Olson conceded that kindergarten to grade 12 teachers are accustomed to accommodation and changing methodologies so that students have the best chance of educational success.

Furthermore, Olson suggested that there is an influx of students entering university with different styles of learning. At the post-secondary level, he said these types of challenges are being met with variable teaching methods in order to better meet students’ learning needs, in addition to improved flexibility and transferability of coursework.

The government’s recent investment in education amounts to $1.27 billion.

According to the province’s press release on Jan. 29, targeted funding allocations include: $13.1 million to improve outcomes in math and literacy and provide enriched programming; $9.8 million to support culturally relevant programming for indigenous students and to support indigenous student achievement in math and literacy; and a 50 per cent increase to a 2014 skills equipment fund to further support school divisions to upgrade or acquire new skills training equipment and promote accreditation of apprenticeship programs, as well as $2 million for a career development fund to help students connect with employers and career exploration opportunities.

Plans include the First-Year Now initiative, giving more students the opportunity to take university or college-level courses in high school, earning dual credits that count towards their degree program.

Modelled after the Seven Oaks School Division, the dual credit system refers to coursework completed in the secondary school setting, which counts as the equivalent of both high school credit and university or college credit, giving students the opportunity to plan for and commence higher learning in high school.

Leaders from post-secondary institutions from across the province have shown support for the dual credit initiative, including University of Manitoba president David Barnard.

“Offering students the opportunity to take university courses while in high school not only gives them a head start on their university studies, but also exposes them early on to expectations at the post-secondary level,” Barnard said in a statement.

“When these students arrive here, they will be prepared to make the most of the opportunity. We look forward to working with the province of Manitoba to make this program successful for students across Manitoba.”

Bjornson said it is important to have strong primary education, from kindergarten to grade 12, using high school as the launch pad towards post-secondary education.

Questions for the minister

Bjornson recently addressed the state of post-secondary education in front of an audience at the University of Winnipeg. The address was followed by a question and answer period featuring some students’ specific queries about the parameters of the dual credit system.

Students questioned the minister about the program’s applicability and accessibility; whether plans would be targeted and succeed in making post-secondary education more attainable for more youth.

One U of W student asked if there were any ideas for the government to expand dual credit courses to high schools with higher aboriginal populations or any other sustainable solutions to boost aboriginal enrollment. The former Vincent Massey Collegiate student mentioned that the school had implemented a similar credit system with some success.

“We have seen tremendous success with these programs,” Bjornson said in response to the question.

Bjornson argued that, with students having a reduced number of courses required to fulfill post-secondary education after high school, they will have more money and flexibility in their schedules to work and address family needs.

“We do hope to continue along that path to extend those dual credits and ensure that all students have access to those programs, including our First Nations,” Bjornson said.

Jonathan Northam, a U of W political science student, asked about what skills are needed to succeed in university and if there was any thought about implementing these programs in rural communities, or synchronizing courses to meet other academic criteria, such as for English or writing requirements, or “to teach students things like how to write a paper and how to do research or cite sources.”

Bjornson responded that he feels that Manitoba high schools are preparing students for university life.

Bjornson added that the advanced education advisory committee is looking at how to further ease the transition from high school to post-secondary education, with mentorship programs and remedial courses offered by post-secondary institutions for those students who continue to face difficulties.

In an interview with the Manitoban, Olson stressed that both secondary and post-secondary leaders consistently need to be active participants at the various discussion tables to overcome some of the barriers to a smooth transition and larger issues faced by the public school system.