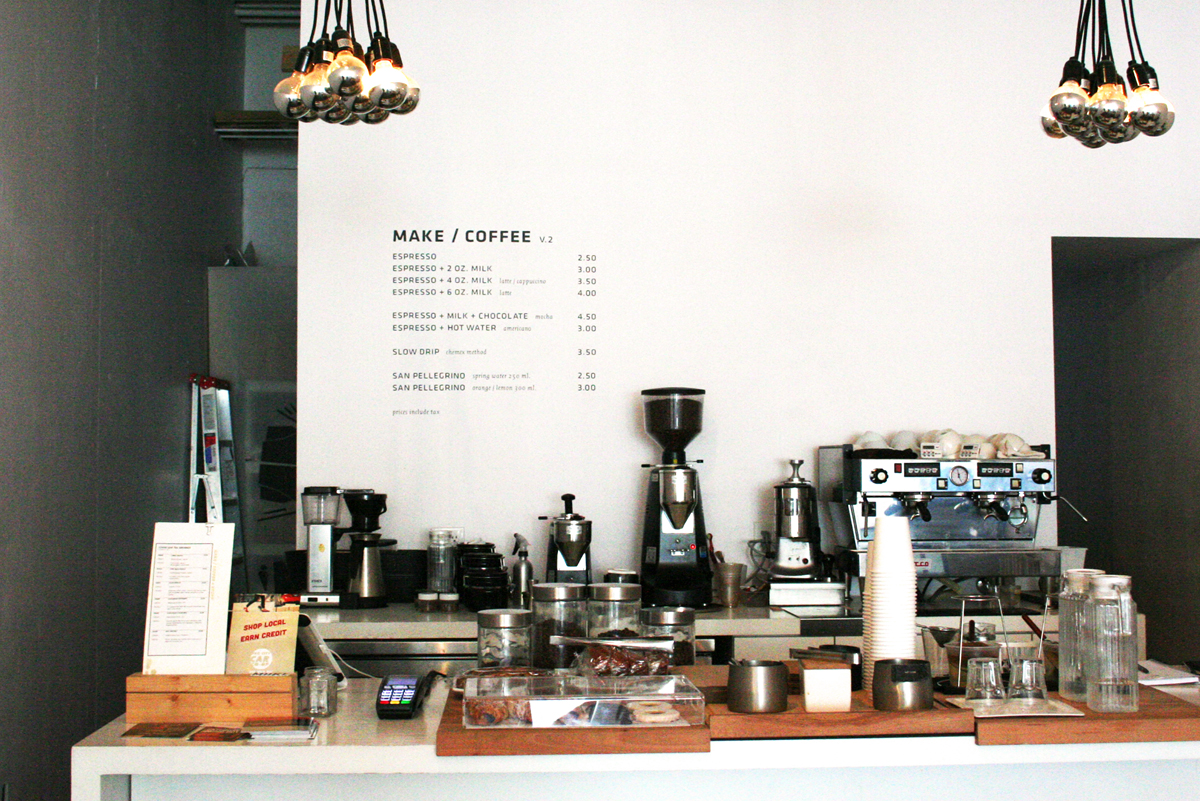 The idea of combining coffee and art is not new. Countless cafés around Winnipeg have aimed to amalgamate art and coffee culture. There is an aspect, however, that has remained virtually untouched: design culture. While locations showcasing more conventional mediums of art have sprouted up in countless spots, other modes of creativity have lacked a means of expression – a void MAKE Coffee + Stuff is determined to fill.

Chon provides the budding young creators and designers the opportunity to showcase their work within the context of what Chon calls “café culture,” in which coffee becomes a means of communicating and creating.

“Café culture used to be, as far as I know, where people would meet and discuss, a place where a lot of thinking and discussion happened [ . . . ] But where is that happening today? Where is that sort of meeting of cultural dialogues?

“We have [TEDxManitoba] going, but that’s a very institutionalized version of culture dialogue. In a public space, it’s very limited,” explained Chon.

MAKE intends to change this.

“Coffee is a medium to meet,” said Chon. “You have people coming in just for coffee and now they have something to engage with, which in this case is design culture. It becomes sort of a crossroad, between design culture—emerging design culture—and coffee culture.”

MAKE creates this atmosphere by collaborating with young designers and students to create shows and exhibitions within the walls of the shop, often juxtaposing different disciplines, origins, and artists to create an intersection of unexplored territory.

Chon does this not to spark a competition between the creators, but rather to suggest a similarity. By showcasing work from Manitoba alongside that of New York or London, it is easy to see that the workmanship has the same qualitative value; it puts Manitoba on the map of innovative design.

At the forefront of the movement towards innovation are students and young professionals, who bring a fresh outlook to the table.

“Young designers are so charged up with passion when they graduate. But they don’t have the portal; they don’t have the venue to showcase their work [ . . . ] By the time you spend 10 years in the system, you’re exhausted, your ideas and your passion are gone,” said Chon.

“I’m trying to celebrate the fresh ideas; they may still be immature, but they’re fresh and they’re full of passion. There’s no point in just shelving it, we should give them some sort of showcase.

“We want to introduce something new to Winnipeg. This idea of fostering new experiences is something we are interested in. My priority is to introduce new things to Corydon.”

The worship of Santa Muerte