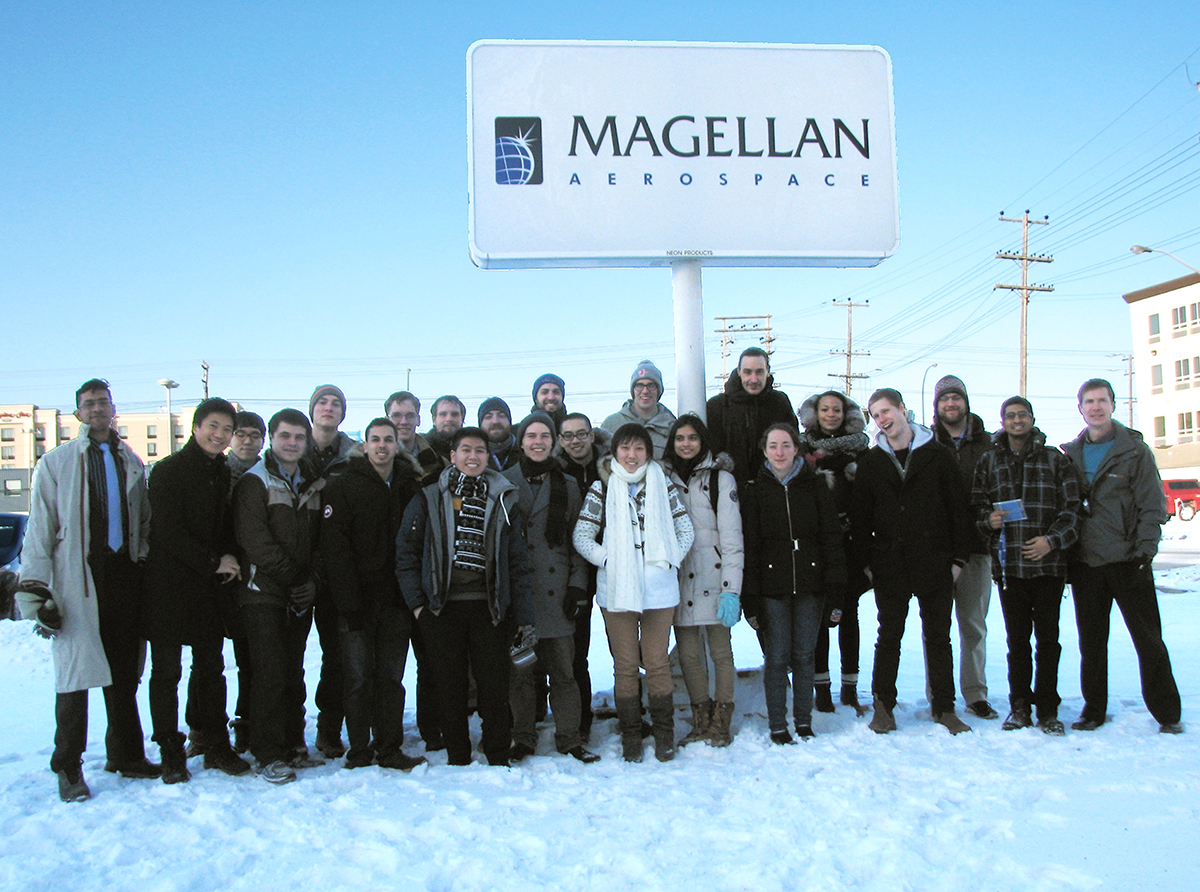 Students participating in the Canadian Satellite Design Challenge flocked to Magellan Aerospace on Feb. 17 and 18 to attend a Preliminary Design Review (PDR).

The Winnipeg location of Magellan Aerospace specializes in engineering and support services.

“Winnipeg actually has a very large aerospace industry, which many people may or may not be aware of,” electrical engineering master’s student Pawel Glowacki told the Manitoban.

The two days were filled with workshops and presentations put on by Magellan.

“One engineer gave us a lecture about orbital mechanics – the theory of how objects move in space,” said Glowacki.

The main focus of the PDR were 10-minute presentations where the participating teams presented their planned payloads.

The PDR allowed the UMSATS team to gain insight into the other projects in the works.

Viridania Ureña Ramírez, a microbiology master’s student at the University of Manitoba, says that some of the other teams intend to develop payloads which focus on wildfire recognition and spectroscopy to measure pollution in the atmosphere.

“I think our project has good foundation thanks to our advisors,” said Ureña Ramírez.

The UMSATS tardigrade project may have relevance in future research into sending biological samples into space, for example, to seed Mars.

The project may also give insight into the hardiness of tardigrades, which may have organ preservation applications.

The next big test for the UMSATS team will be this fall when the team presents their critical design review.

Visit umsats.ca for more information about the U of M’s Canadian Satellite Design Challenge team.