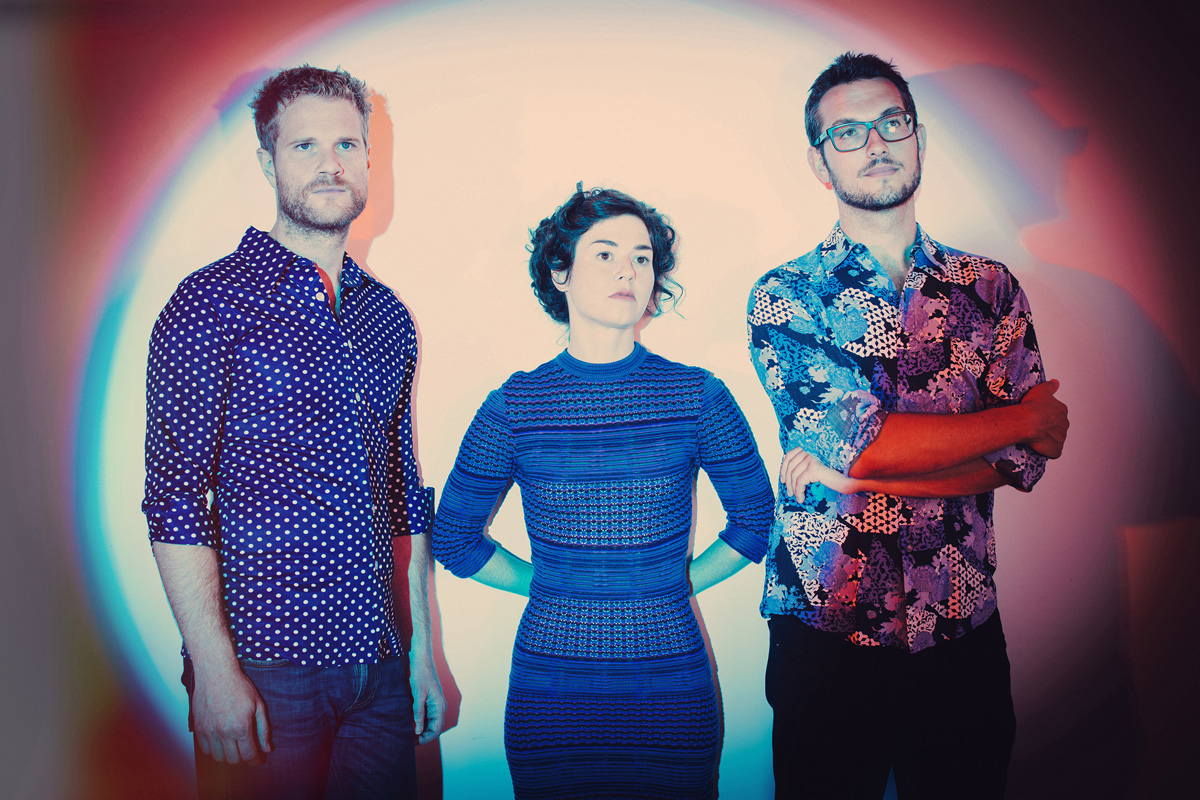 After receiving rave reviews from their performances at the 2014 Folk Fest and JUNOfest, the Wilderness of Manitoba is returning to the city on Feb. 8 to perform a show at the Park Theatre to promote their latest album, Between Colours, released this past September.

Hailing from Toronto (ironically enough), the Wilderness of Manitoba is comprised of Will Whitwham, Amanda Balsys, and Wes McClintock. Talented multi-instrumentalists, they are the latest players in a revolving cast of bandmates, with Whitwham being the only founding member left. The transitions are a result of extensive touring in several countries including the U.S., Germany, and the Netherlands.

The three-piece band prefers to describe themselves as “an evolving entity.” Though their roots are in dreamy chamber folk, their current style is perhaps best described as indie rock.

“When a band isn’t changing, it’s not growing,” said Whitwham.

Between Colours marks a significant departure for the group as they explore new sounds and rhythmic energy unlike anything else they’ve ever recorded. “It’s between the one previous and the next one along, and each album is its own colour.”

Produced by Joe Dunphy and recorded in Toronto at Revolution Recording, the band describes the album as “embracing all the studio had to offer.”

While adventurously adding a synthesizer, some classic layered guitar, and energizing drumbeats, they have created catchy hits like “Leave Someone” and “Shift.” Impressively, the style is out of their comfort zone, yet still delivered with a vibrant confidence.

Whitwham and Balsys alternate between singing stellar harmonies and taking the lead individually. Their voices blend together perfectly when necessary, but are remarkably unique when listened to solo. Balsys’ voice is mesmerizingly soulful, shining on the ballad-like track “When You Go.” Meanwhile, Whitwham manages to emulate a quality that is both airy and strong.

Their strength in crafting beautiful lyrics remains a constant on the new album. Even through so many transitions of style, there are consistent hints at nature-based imagery. Lyrics such as “Have the moonlight storm the valley / As the bluest stars rain down” remind listeners of the band’s original outdoorsy roots.

Though now in a stage where they are much more reminiscent of Fleetwood Mac than Crosby, Stills, Nash & Young, it is no question that their evolution has suited them just fine, as the band looks to constantly move forward.

“I am always only briefly satisfied with the music and then dissatisfied with it,” he said. “I usually already have it behind me and that’s what makes it exciting because you never get tired of it that way.”

The Wilderness of Manitoba play the Park Theatre (698 Osborne Street) on Feb. 8. Tickets are $20 and are available through Ticketmaster.