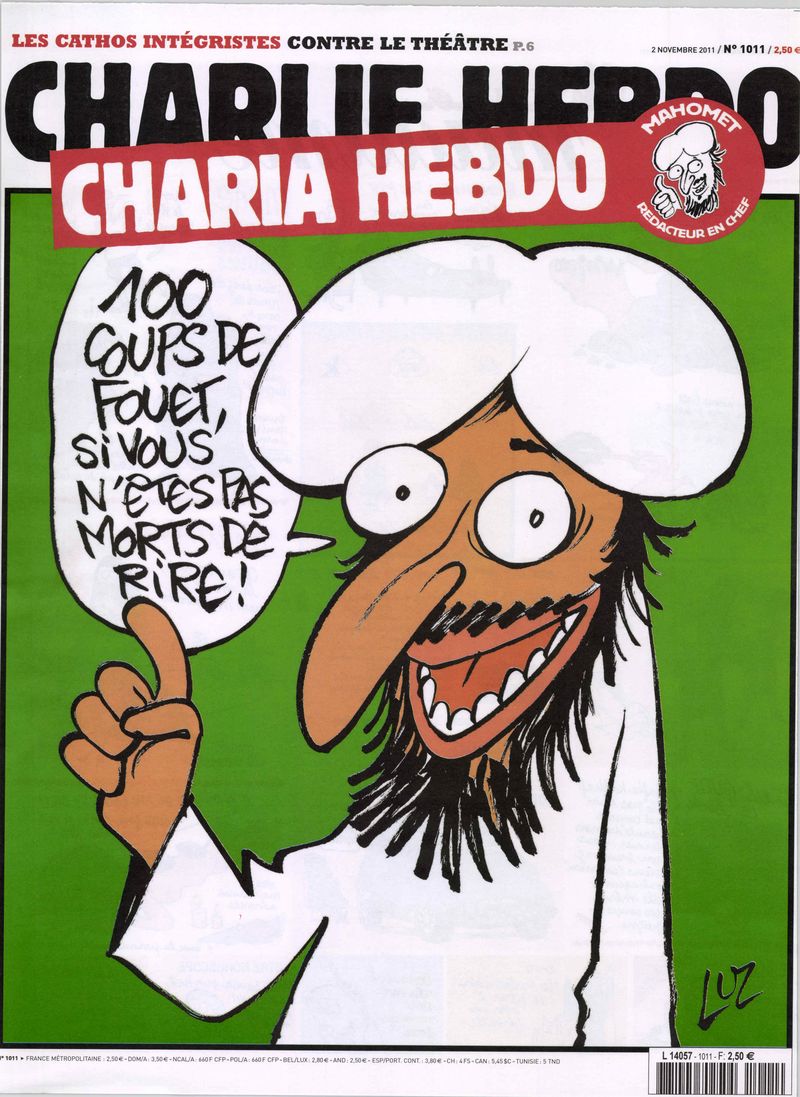 The editorial board of the Manitoban voted in favour of republishing a cover from Charlie Hebdo.

In the wake of the heinous massacre in Paris at the offices of the French satirical magazine Charlie Hebdo, it is time for Western democratic nations to acknowledge that we are not at war with the vague concept of “terror” – rather, we are at war with radical Islamism, or what many describe as Islamofascism, and rightly so.

There are terrorists of various kinds, of course, all over the world. The so-called homegrown terrorists or lone wolves that perpetrated the attacks in Ottawa and Boston (to name just two recent examples) all warrant attention. Countries like Canada and the United States should do everything they can to prevent these atrocities within the confines of the law and the constitution in a free society, which admittedly isn’t much.

But the so-called “war on terror” isn’t about sweeping up intelligence information about alienated misfits. Indeed, even though such law enforcement measures are incredibly important, the global “war on terror” isn’t even about infiltrating the offices of white supremacists or other fanatics.

Any understanding of the terrorist threat we face must begin with an honest account of its origins, aims, and motives. In the case of the global “war on terror,” that enemy is a well-organized movement (in the case of the Paris attack, it was reportedly al-Qaeda in Yemen) that seeks to impose theocratic Islamic fascism on the rest of the world through the use of violence. In short, it is a war of ideas, whereby a moderate, peaceful Islamic faith and pluralisitic democratic values must prevail.

The threats posed by homegrown terrorism and violent extremists in most religions have been contained to a degree that transnational radical Islamism has not. These threats have been contained not because the radicals at the heart of these movements pose any less of a risk to free societies, but because the condemnation of their violence, and the ideology used to justify it, is now—after years of vigilance—swift and unequivocal.

In the wake of the Charlie Hebdo massacre and the killing of innocent people in a supermarket the day after, we have witnessed unprecedented solidarity with the victims and with the newspaper from many corners of both the Muslim and non-Muslim world. The images of Parisians gathered in Place de la République, holding their pens defiantly in the air and chanting “Je suis Charlie,” are moving beyond words.

Those who stand in solidarity with Charlie Hebdo understand that the murdered cartoonists were ultimately killed because they dared to exercise their rights as French citizens under the rule of law. Whether or not you agree with the content of the satirical cartoons in Charlie Hebdo (an equal opportunity offender that has also lambasted the Pope and numerous French politicians), so long as you believe in the rule of law and the principles of liberal democracy, you must stand in solidarity with the newspaper.

“It’s been 20 years that I’ve been part of this newspaper, it’s been 20 years that we have quote-unquote ‘been provocative’ on many different subjects, it just so happens that every time we deal with radical Islam, we have a problem,” said Stéphane Charbonnier, the murdered Charlie Hebdo editor in an interview with Al Jazeera in 2012.

“We are in a country of the rule of law, we respect French law, our only limit is French law, it’s that which we have to obey. We haven’t infringed French law. We have the right to use our freedom as we understand it.”

But the unprecedented solidarity we’ve seen so far isn’t enough to resist the kind of intimidation that the masked gunmen want so desperately to impose on free citizens.

Maajid Nawaz, a reformed Islamic radical and co-founder of the liberal Quilliam Foundation, has argued that moderate Muslims like him (though he prefers the terms “liberal” or “secular” Muslims) need to join protests against violence and extremism en masse in order to disable the destructive narrative of Muslims versus “the West.” In recent days we have seen many French Muslims answer that call, pouring into the streets with millions of others in a march for unity. However, just as moderate Muslims need to participate in the ongoing wave of denunciation of radicalism and violence, Western media need to develop the necessary backbone to resist terrorist intimidation.

Indeed, many quarters of the press have capitulated to the implicit demands of terrorists to censor our images and tone down our repudiation of radical Islamism.

In addition to the CBC and several other Canadian outlets, CNN, the Associated Press, and the Telegraph (among others) have refused to publish the more controversial Charlie Hebdo cartoons and have in some cases pixelated or otherwise censored the material. Jennifer McGuire, general manager and editor-in-chief at CBC News, cited the organization’s reluctance to offend the Muslim community, adding a series of mealy-mouthed equivocations about graphic images, like video of the French police officers killed defending the Charlie Hebdo staff, which they will not publish or show.

Equivocating between images of dead bodies and satirical cartoons is, of course, absurd. The refusal to publish the Charlie Hebdo material betrays the true motivation behind such mass self-censorship, which is the stark fear of violent retaliation. One hesitates to admonish these outlets with a platitude like “you’re letting the terrorists win,” but if the shoe fits, wear it.

“You’d think the best collective answer to today’s murders would be a mass reprinting of the material that offended the gunmen. Offend them again,” said CBC reporter Neil Macdonald in an incisive segment on the news program the National the night of the attack.

“But CBC and other big news outlets have decided against showing those images, even in reports about those images. The potential offence of showing them trumps their news value. We may indeed wish we were all Charlie. I wish thugs and killers couldn’t bully my profession, but I know better.”

We have witnessed this cowardly reaction before.

In 2006, in the face of riots and violence in the Muslim world over cartoons portraying the Prophet Muhammad in Danish newspaper Jyllands-Posten, the mainstream media widely reported on the issue without ever publishing the actual cartoons. One of the few newspapers to re-publish the Danish caricatures was Charlie Hebdo.

Indeed, we are not all Charlie. Few people have the desire to be provocative in general, let alone in the face of death threats. But Charlie Hebdo continued to publish cartoons and commentary meant to give Parisians a chuckle at the expense of the powerful and the brutish even while its editor was on an al-Qaeda hit list. They understood that publishing provocative images may be a choice in normal circumstances, but it becomes a moral imperative when the offended party seeks to prevent their publication through threat of violence.

Days after their offices were firebombed in 2011 over satirical depictions of the Prophet Muhammad, Charlie Hebdo published what has become an iconic cartoon of a generic male staffer from the magazine sloppily kissing a Muslim man with the headline: “Love is stronger than hate.” In response to questions about why the magazine continued to needle and mock radical Islamists despite death threats, editor Stéphane Charbonnier told an interviewer that it may sound “pompous,” but “I’d rather die standing than live on my knees.”

Terrorism only works to intimidate free citizens so long as we allow it to do so. If we all stand up, Muslim and non-Muslim alike, they will be hard-pressed to force us to our knees again.

10 Comments on "Time to stand up to radical Islamism"