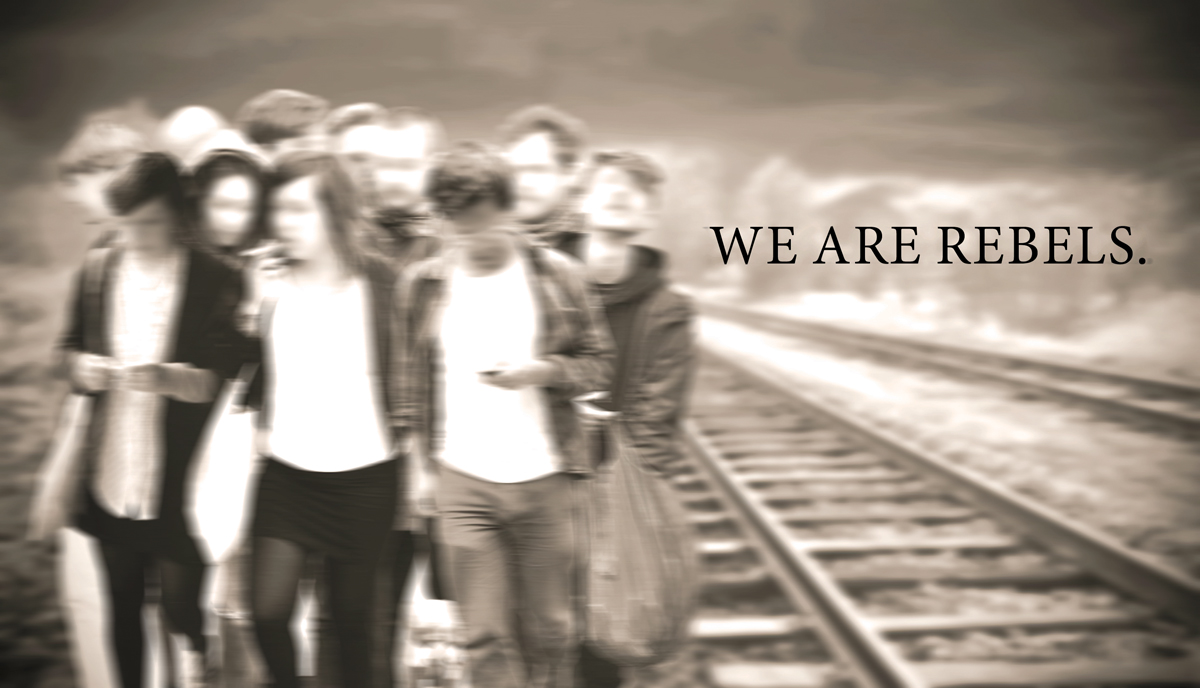 If you’ve read a newspaper, visited the airport, or looked at any of the University of Manitoba’s official literature, you’ve almost certainly seen the “Trailblazer” ad campaign. Some of the ads feature pictures of students against imposing backgrounds. In the bottom right is the university’s logo. In the bottom left is the slogan “Define who you really are.”

Across the centre of the ads there is a word branding the student as an inspiring figure. According to the University of Manitoba’s Visual Identity Guide, an amusing document available for free online, these words are “brand tenets”: rebel, pioneer, creator, innovator, maverick, trailblazer, challenger, defender, visionary, explorer, adventurer.

I’ve always found it puzzling that a major Canadian university feels the need to create this outward face for itself and plaster it all around the city. There’s something desperately try-hard about brand enforcement in universities. The U of M trying to portray itself as a Galt’s Gulch of mavericks and explorers is as cringe-inducing as your dad wearing a sideways baseball cap and calling people “dawg.”

The ads are not just laughable; they’re contradictory in a subtle but insidious way. This contradiction has the same form as those hilarious University of Regina ads that say “Question Authority: Find out how at www.uregina.ca/arts/journalism.”

Obviously, if you need someone to tell you how to question authority, you’re not really questioning anything. In the same way, if you feel the need to tell people you’re a maverick, you’re not one. In fact, the word’s history gives it strong overtones of opposition to branding. No genuine maverick will ever be attracted to a university that brands itself as a haven of mavericks.

And there’s no inherent value in being a maverick or a rebel. People accidentally become mavericks or rebels when they have discovered a new way of doing things that is not yet accepted by the old guard. Being contrary for its own sake is the mark of a person who wishes to appear a certain way rather than accomplish a certain task.

From one point of view, these ads are designed to attract the kind of person that an institution of higher learning shouldn’t want: the kind of person who is easily duped by branding, who places more importance on broadcast identity than on actions.

It’s more alarming, though, if you think of it another way: this ad campaign is evidence of a paradigm shift in the kind of student universities want to attract, and the nature of the education that is offered to them.

This campaign was carefully thought out. It was designed by McKim Communications Group, a major and new media-savvy Winnipeg-based advertising firm, and won numerous awards. So the chance that the ads are accidentally sending the wrong message is fairly low. Which means the university is intentionally aiming to recruit the kind of people who would be attracted, rather than grossed out, by the “Trailblazer” campaign.

It’s common now for university ad campaigns to place emphasis on personal identity. The “Trailblazer” campaign invites you to “Define yourself.” The University of Winnipeg proclaims itself the “You of W: Where you matter most.”

Essentially what I’m saying is that the “Trailblazer” ads are both a symptom and a partial cause of the watering down of higher education. When you see them, you ought to be suspicious. When you find that faculties are facing budget cuts while the office of the vice-president external, which is responsible for advertising, has seen its budget nearly double since 2009, you should be even more suspicious.