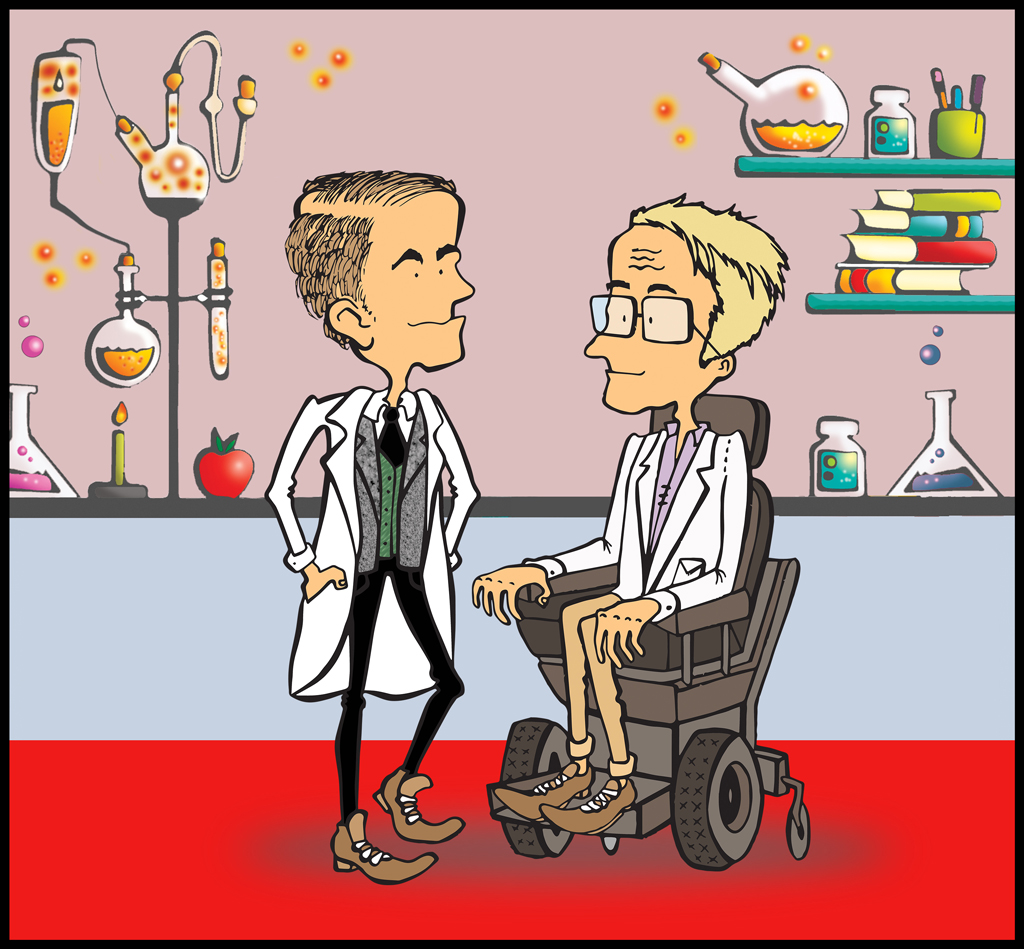 Last year saw the release of two high-profile films about famous scientists: The Imitation Game, starring Benedict Cumberbatch as the ill-fated computer scientist Alan Turing, and The Theory of Everything, with Eddie Redmayne as Stephen Hawking, the theoretical physicist. Both are up for several Academy Awards.

With all the attention these films have received, it seems that there is a heartening new interest in science among the movie-going public. Doesn’t it?

Not so fast. The Imitation Game has numerous problems – there’s no focus, it lacks any interesting visuals or sounds, and the characters are mostly nonexistent. But most distressing is the fact that it utterly fails to engage with Turing’s ideas in any meaningful way, even as it sexes up the historical events he was involved in and attempts to change the strange but amiable Turing into some sort of bizarre combination of Cumberbatch’s Sherlock and Sheldon from The Big Bang Theory.

No one expects a biopic to be a documentary, but a viewer with no prior exposure to Turing would leave this film with only the vaguest idea of why he was important. There is only a slight hand wave made in the direction of explaining the mathematics that made up Turing’s life’s work – though some of his concepts are quite simple and elegant.

The Theory of Everything is at least a serviceable movie. It focuses mainly on the romance between Hawking and his first wife Jane Wilde from their early days at Cambridge up to the dissolution of their marriage in 1990. The film’s supporting cast makes at least some impression, which is more than can be said for The Imitation Game. There are even moments of genuine humour here and there.

But again, Hawking’s scientific work fades to the background. There are a few spots where the film looks like it’s going to discuss Hawking’s conception of time, but each time it cuts away or changes the subject. The film does not treat Hawking’s ideas with any seriousness. Instead we get technobabble and a whole lot of irrelevant agonizing over the existence or nonexistence of God.

This is clearly worse than nothing, since the film’s version of scientific vacuity leaves viewers with the erroneous idea that they know something of Hawking’s work—the broad strokes if not the details—and connects it to some simplistic and readily available sociopolitical argument that it really has nothing to do with.

Far be it from me to suggest that biographical films must be rigorously accurate to history. But I don’t approve of prurience, and if you’re going to go digging in the private affairs of living or recently dead people, it behooves you to avoid distorting, inventing, or glossing over important details of their lives. Or, at the very least, you should make a good movie.

The scientific work of two famous scientists is not a small thing you can just neglect to mention. Their work cannot be meaningfully detached from their lives. Cinematic biographers who don’t care—or expect their audience not to care—about this major aspect of their subjects’ lives simply do not care about their subjects as individuals.

With this in mind, it is not surprising that these films have felt the clammy touch of the Academy Awards, which have long been a celebration of middlebrow mediocrity. The Academy loves stories of overcoming disability as much as it loves stories of discrimination that happened just long enough ago that we can’t be blamed for it, and these two films offer up a fine example of each.

These two films are sanitized of the quite challenging and revolutionary ideas of their subjects until nothing is left but platitudinous pablum, as exemplified in the clunky slogan of The Imitation Game: “Sometimes it is the people who no one imagines anything of who do the things that no one can imagine.”

The watered-down hagiography of the Oscar-ready biopic fails to give Alan Turing and Stephen Hawking their due. These were complex men who developed complex theories, and their respective lives and bodies of work deserve a complex cinematic look, one that likely won’t fit any preconceived social narrative.

No doubt such a film would not win an Oscar.

Pills smarter than the patients