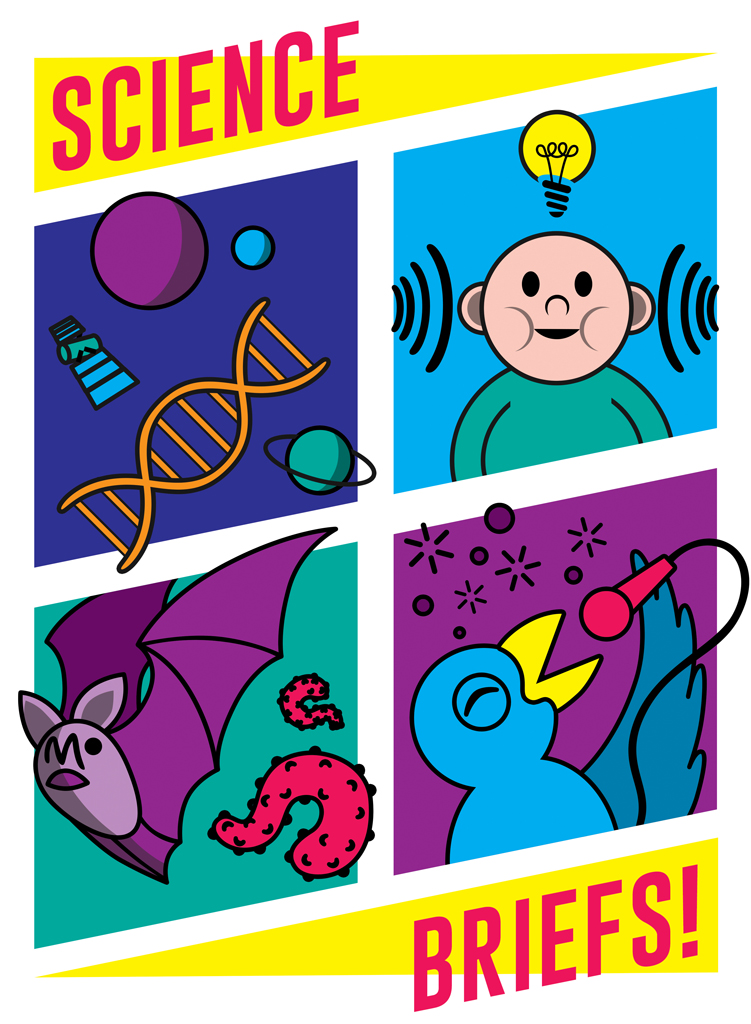 Researchers from Ireland have found that reading to your newborn may not be the only way to stimulate their brain. The study looked at how reading, along with other interactions like showing them pictures and talking to them, affected indicators of cognitive development in nine-month-old infants. Not surprisingly, reading improved cognitive development, with infants scoring higher on problem-solving and communication measurements, while showing them pictures only increased their communication scores.

However, problem-solving and communication skills were increased the most by informally and frequently talking to the infant during other tasks. So don’t be afraid to document your lives and point out the obvious to your newborns – they might actually benefit from it.

Panspermia is the hypothesis that life flourished by means of interstellar travel on comets or asteroids. It is suspected that these celestial bodies might have been contiminated by micro-organisms from elsewhere, but recent research from Sweden supports the idea that even DNA could survive the harshness of space.

In a study, DNA was placed on the exterior of a rocket that entered space and re-entered the Earth’s atmosphere, on a sounding rocket providing up to 13 minutes of microgravity exposure. Around half of the DNA was recovered and about a third of the DNA was still functional. With these findings, it is possible that we will be the ones to send off life into the universe through DNA, like seeds in the wind.

The Ebola epidemic in West Africa that began in 2014 is still an ongoing health concern. The outbreak is four times larger than every previous Ebola epidemic combined, and has outlasted them all.

The current outbreak can be narrowed down to an initial zoonotic event involving a two-year-old boy from Guinea playing in a hollow tree which was inhabited by a colony of free-tailed bats. Bats are known to carry a variety of zoonotic diseases, many of which are very serious when transferred to humans.

Researchers from Oregon have recently inebriated zebra finches in the name of science. These finches are a common model for the study of vocal production and learning, as they learn songs similar to the way humans learn speech.

The researchers observed that the finches would willingly consume alcohol when it was supplied. I guess even birds like an open bar. While intoxicated, researchers found that the birds were having difficulty maintaining volume and cohesiveness. In other words, they were slurring their speech.

Birds have been known to become intoxicated intentionally from fermented fruit. Bohemian waxwings in the Yukon have found themselves inspired by spirits after feeding on fermented mountain ash berries. Not unlike humans, birds can become too inebriated. British blackbirds feeding on fermented rowan berries have previously been found dead due to physical injuries sustained from mid-air collisions while attempting to fly drunk. Don’t drink and fly.