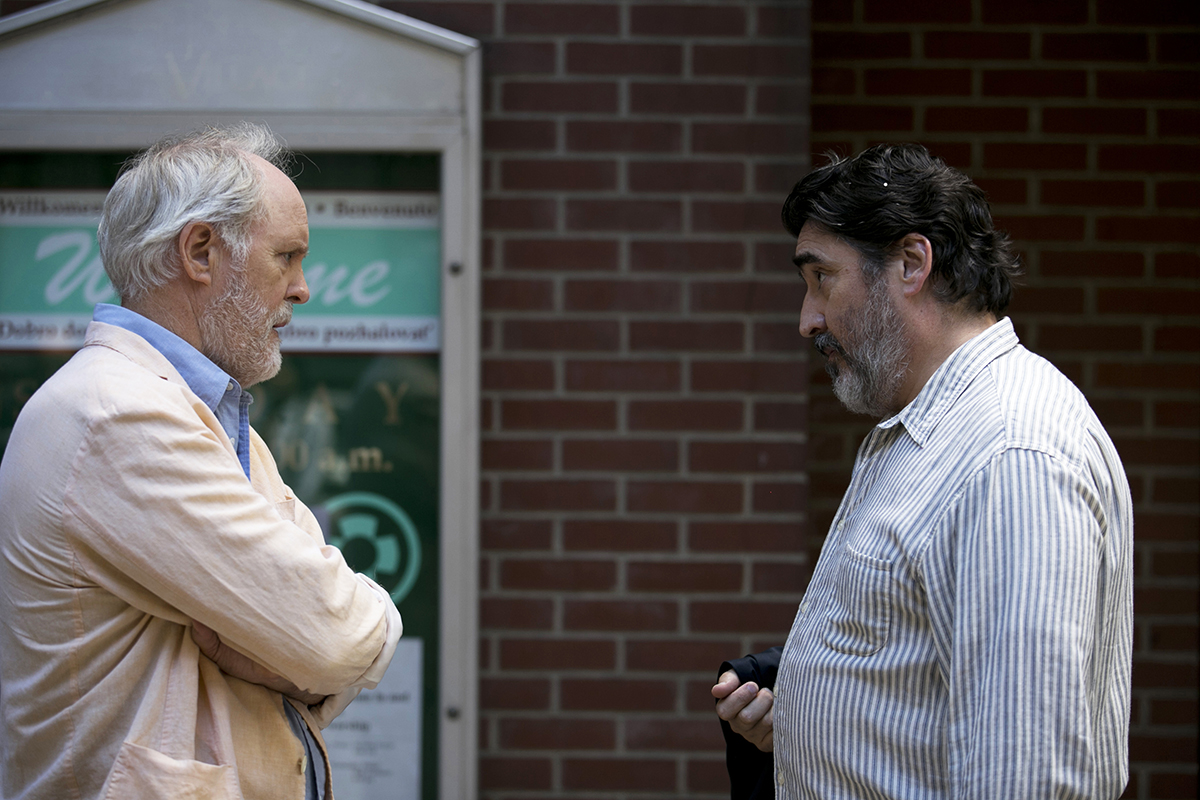 When you live with people, you know them better than you care to” – Ben, Love is Strange.

Love is Strange tells the story of Ben and George, a gay couple living in New York City. With its universal title, the film will be screened at Winnipeg’s Cinematheque throughout the month of January.

After being together for 39 years, the couple—played by John Lithgow and Alfred Molina—are finally able to get married. However, this doesn’t come without its problems.

George, who has been working for a Catholic school, is swiftly fired after coming out and subsequently getting married. Due to a lack of funds, the couple is forced to temporarily split up and sell their apartment in an attempt to find a more affordable location. The pair are thrust into completely different interpersonal situations as George moves in with his nephew and his family, and Ben moves in with two extraverted gay cops, forcing the newly-wed couple to adjust to their new surroundings.

Directed and co-written by Ira Sachs (Keep the Lights On, Married Life) the film has received critical acclaim following its debut at the Sundance Film Festival in January of 2014. It currently holds a 96 per cent rating on Rotten Tomatoes.

The motion picture has been praised for its touching display of commitment in the face of adversity, displayed by Lithgow and Molina’s on-camera chemistry.

“They capture the ease of such a relationship, but also the irritability, the telepathic quick looks, and then the sudden swoons of intimacy [especially when the going gets rough],” explained Sheila O’Malley in a four-star review for Rogerebert.com.

“On set, [Lithgow and Molina] found all the things necessary to bring that intimacy to their portrayals [ . . . ] They have a lot of shared history professionally and as actors and as men of a certain age,” said Sachs in a press release.

“They used all of that to make something real.”

The movie also explores homosexual stereotypes and stigma that are still relevant in 21st-century culture. In one scene, an adolescent refers to Ben’s painting as “gay”; however, Ben’s nephew clarifies the comment rather bluntly.

The Marriage Equality Act, allowing the marriage of same-sex individuals, passed into law in New York in June of 2011 as a catalyst for the plot of the film.

For Sachs, however, the film is not meant to focus on themes of discrimination. Instead, he believes the focus is on human relationships and how people connect and care for one another, regardless of sexual orientation.

“The catalysts of the film are politically charged, but the results are human,” explained Sachs.

“The film is very much about how people connect to each other, and how they take care of each other.”