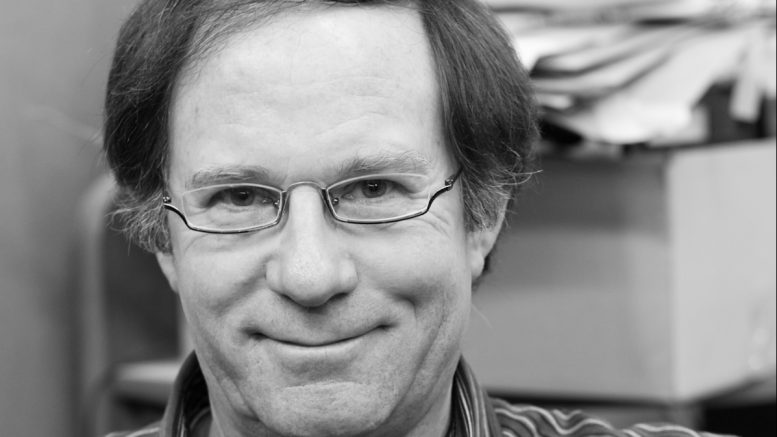 Winnipeg Harvest is a staple in the city. One of Winnipeg’s most well-respected and well-recognized charities; for decades Winnipeg Harvest has worked to eliminate hunger in the province, and has done a great deal to reduce hunger through the collection and distribution of food.

Winnipeg Harvest’s mission statement might best be described as succinct. It lays out a vision for the organization: to create “a community that no longer requires the services of a food bank” as well as a threepoint mission for the organization: “1. Share food with hungry families; 2. Facilitate training and learning opportunities for [their] clients; and 3. Focus attention on hunger within our community and move towards long-term solutions.”

Nestled in that brief statement is a radical idea: a desire to put themselves out of business.

The Manitoban spoke to Winnipeg Harvest’s hunger and poverty awareness director, Donald Benham, about their philosophy and the role it plays in the organization’s efforts to alleviate hunger in the city.

“That view is held within Winnipeg Harvest, from everyone who works here and everyone who volunteers here, [to] our board,” said Benham. “We are very clear, top to bottom and every way sideways, that we’re all working on ending the need for food banks and thus putting Winnipeg Harvest out of business and closing its doors.

“But only when we’re satisfied, when the need is met, that everyone in Winnipeg, and Manitoba [ . . . ] is going to have enough to eat.”

Winnipeg Harvest’s long-term planning is supported by their hunger and poverty awareness committee, which is made up of people who are low-income and defined as oppressed—including clients and former clients of Winnipeg Harvest—and people who are of higher incomes who are not oppressed. The committee is meant to be a place for respectful dialogue where people of different backgrounds are able to contribute their knowledge to developing a strategy for achieving the organization’s vision.

Major projects being developed by Winnipeg Harvest go before the committee so they can discuss whether it will work towards ending the need for food banks. The committee also works to develop new plans that work towards the same goals.

The problems: hunger and poverty
Research done by Winnipeg Harvest has found that roughly 60,000 people use emergency food programs a month in Manitoba, 45 per cent of whom are children. As astoundingly large a number as that may be, there’s another key figure to keep in mind; although the figure stays at roughly 60,000 people using emergency food programs month to month, Winnipeg Harvest’s researchers have found that with the start of a new month the 60,000 figure includes 3,000 new users who had not been clients the previous month.

The number of people utilizing food bank services in the province shouldn’t come as a surprise in light of poverty levels and the current inadequacy of funding for the welfare state.

“Bottom line, for a mom and two kids—a single mom and two kids—just as one of the examples [of the basic cost of living] is $38,000 a year,” said Benham. “And if she’s on welfare she’s got about half of that. So every time she goes to the store for milk and bread, for every dollar she needs she’s got 50 cents. And she never gets the other 50 cents. She is always behind. So we say is that fair? Is that fair to that mom? Is that fair to those kids?”

Winnipeg Harvest calculates that even working a full-time, full-year job at minimum wage, a mother of two children would only have 75 cents for every dollar she needs for basic dignified living.

“We think this is a very important example of what people need to know about living in poverty in Winnipeg.

“We say, let’s take a look at something that happened in Dauphin, Manitoba from 1974 to 1978,” said Benham, referring to the Mincome basic income project, which was piloted in Daupin and has recently regained notoriety through research done by U of M researcher Evelyn Forget in order to determine what impact the project had.

As part of the Mincome program, families in Dauphin were given supplementary income. The program was available to all low-income families, including the working poor. Families of people who were unemployed and receiving Mincome, who went on to find work, were not penalized by losing access to their financial support. Instead it was reduced slightly depending on their income.

Since then, researchers have found that the unconditional financial support for low-income families had not significantly reduced participation in the labour force, as many feared it would. The two exceptions: married women deciding to stay at home longer after having children, and teenagers who didn’t get full-time jobs until they were slightly older.

However, the effects of making it available to everyone that needed it have been manifold: it helped to reduce poverty; it has been described as less stigmatizing than conditional social welfare benefits; it contributed to radically increasing high school graduation rates; and it reduced hospitalization rates – an effect that extended indefinitely, beyond the duration of the experiment.

Benham was excited by the implications of the findings for poverty elimination strategies.

“High school enrolment increased so much that they were actually pulling in drop-outs from previous years,” said Benham. “And there’s actually been a permanent good—a permanent change—in the well-being of the people of Dauphin when it comes to hospitalization for mental illness or mental health issues and for accidents and injuries.”

“Because health care is a public responsibility, if we could save that much money on health care by implementing a guaranteed annual income, we think that would be not only the [ . . . ] humane thing to do,” said Benham, “but we think it would be the smart thing to do. The economically efficient thing to do. Because we would save money in the long run on our health care system as well as a number of other social benefits from having more people food secure and having enough to eat. Including all those kids going to school.”

Winnipeg Harvest lays out a vision for how we can work to eliminate poverty and the need for food banks while also serving as a model for how to think of the role of charity: with compassion, with dignity, and only as long as we need it.

Playtime for all the boys and girls

Sex and the Campus