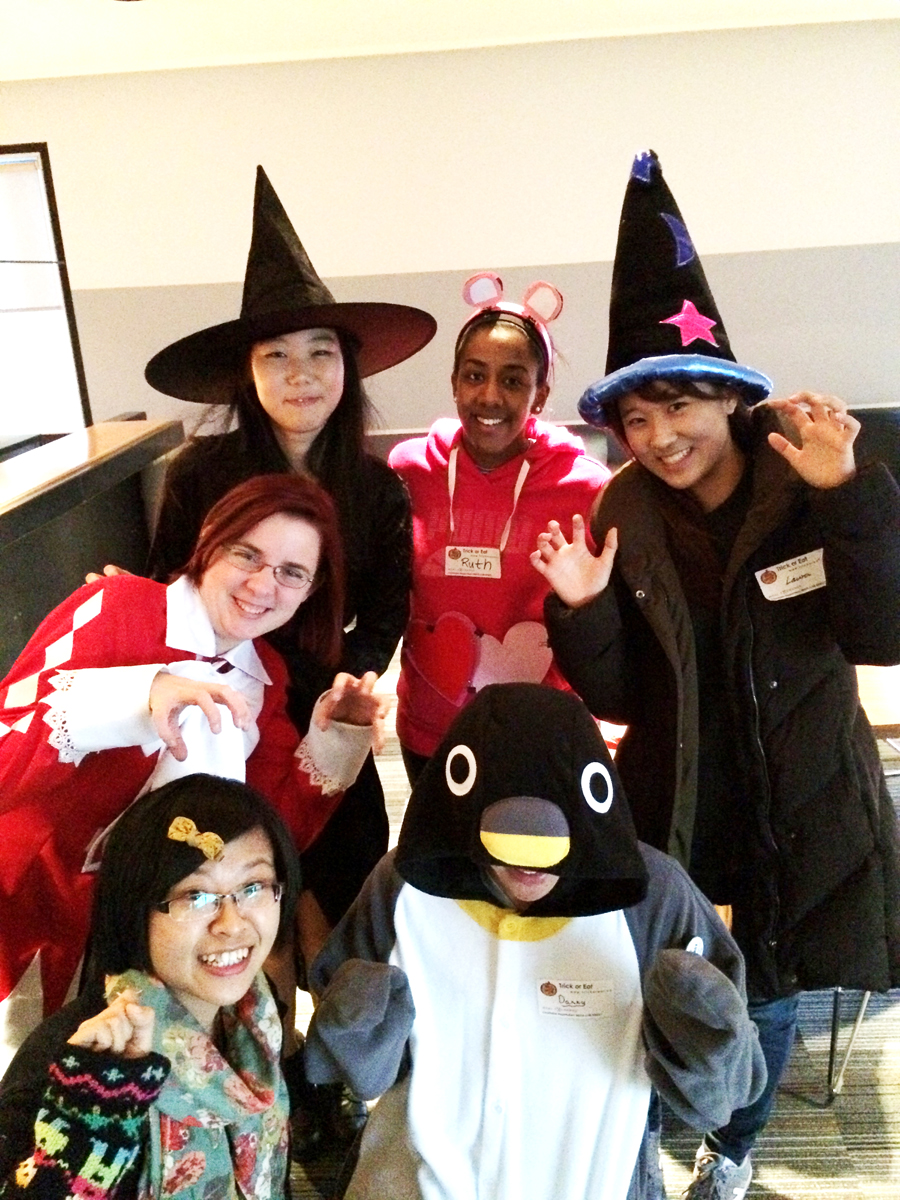 Participants at the local Trick or Eat event. Photo by David Arenas Oropreza

The national Trick or Eat campaign held an event at the University of Manitoba’s Fort Garry campus on Oct. 30 and 31, hosted by Student Life’s Praxis group in partnership with Residence Life’s Thrive team.

The annual campaign, which is overseen by the Canadian charitable group Meal Exchange and implemented by a variety of local community groups across Canada, aims to collect food items for those experiencing food insecurity. The campaign is also directed at shifting the focus of discussion about food insecurity to the systemic nature of hunger.

The Praxis program brings students together to tackle social justice problems in the public sphere.

“Members learn about and discuss social justice issues that affect our community on the local, national, and international level. These discussions provide a framework for students to volunteer or create projects that address social justice issues (like Trick or Eat, or Gowns for Grads),” according to the Praxis program’s profile on the U of M’s website.

Linda Lam, the Praxis program assistant, helped co-ordinate the event at which U of M students collected food items for Winnipeg Harvest and learned about food security issues.

Health Canada defines household food insecurity as “the inability to acquire or consume an adequate or sufficient quantity of food in socially acceptable ways, or the uncertainty that one will be able to do so.”

In 2011, 1.6 million Canadian households—just over 12 per cent—experienced food insecurity, according to a report produced by PROOF and supported by the Canadian Institutes of Health Research. These households represented 3.9 million individuals, 1.1 million of which were children. These figures are up from 2008, when 3.5 million Canadians experienced similar conditions.

Food insecurity is most prevalent in Nunavut, where over 36.4 per cent of households experienced a lack of access to healthy food in 2011. No province or territory is immune. The province with the lowest levels of food insecurity was Newfoundland and Labrador where it was measured at 10.6 per cent. That same year, Manitoba was at the median of Canada’s 13 provinces and territories with 12.4 per cent of households experiencing food insecurity.

On Oct. 30 a representative from Winnipeg Harvest came to the Fort Garry campus to make a presentation to students in the Praxis program about food insecurity in the city. On Halloween, the following night, 45 students split into groups and went out to collect non-perishable food items in the Fort Richmond neighbourhood.

Lam told the Manitoban that the students collected a total of 278-kg of food – 802 items.

While they collected food items, student-participants asked community members, “Hunger is on the rise in Canada, what can Canadians do to end it?”

People’s responses were tweeted with the hopes of sparking discussion on the topic of access to healthy food.
Chaeyoung Kim, an exchange student from Korea in the faculty of arts who took part in the Trick or Eat event, said it would take collective action to end hunger in Canada.

“Communities should work out the problem together. People should be aware of the issue first.”

For Kim, the event also served as an introduction to Halloween as a cultural phenomenon.

“It was my first time being involved in Halloween events! Back in Korea, we don’t have Halloween,” said Kim. “I really enjoyed [this] event.”

Despite the fun of the cultural exchange, Kim recognized the importance of the food security element of the Trick or Eat event.

“Food is one of the most important requisites in our lives. Sharing our food itself can’t be a long-term solution, but we need immediate measures, too. It gives people in hunger hope and it is the starting point for helping them overcome poverty,” said Kim.

Falilat Mobolaji Ibrahim, a graduate student from Nigeria studying law at the U of M, also attended the event and shared a personal connection to the issue of hunger.

“My passion for access to food stemmed from childhood. I had a hard time while growing up and I know what lack of food can do to a child; it can be the source of all kinds of wrong decisions. Access to food and shelter are just too important to be left unattended to.

“I must say that [ . . . ] we need a long-term solution; skills acquisition for people or communities that have a high rate of food insecurity, provision of employment, and maybe increase in minimum wage.”

When asked if he felt proud about how much food was collected, Ibrahim said, “I cannot say I am proud. I think the pride goes to Winnipeg Harvest who thought of the initiative [and] the kind people who went to their kitchen and stores and gave food to people they may never know. I was just honoured for a chance to contribute.”

Raising the roof on the river