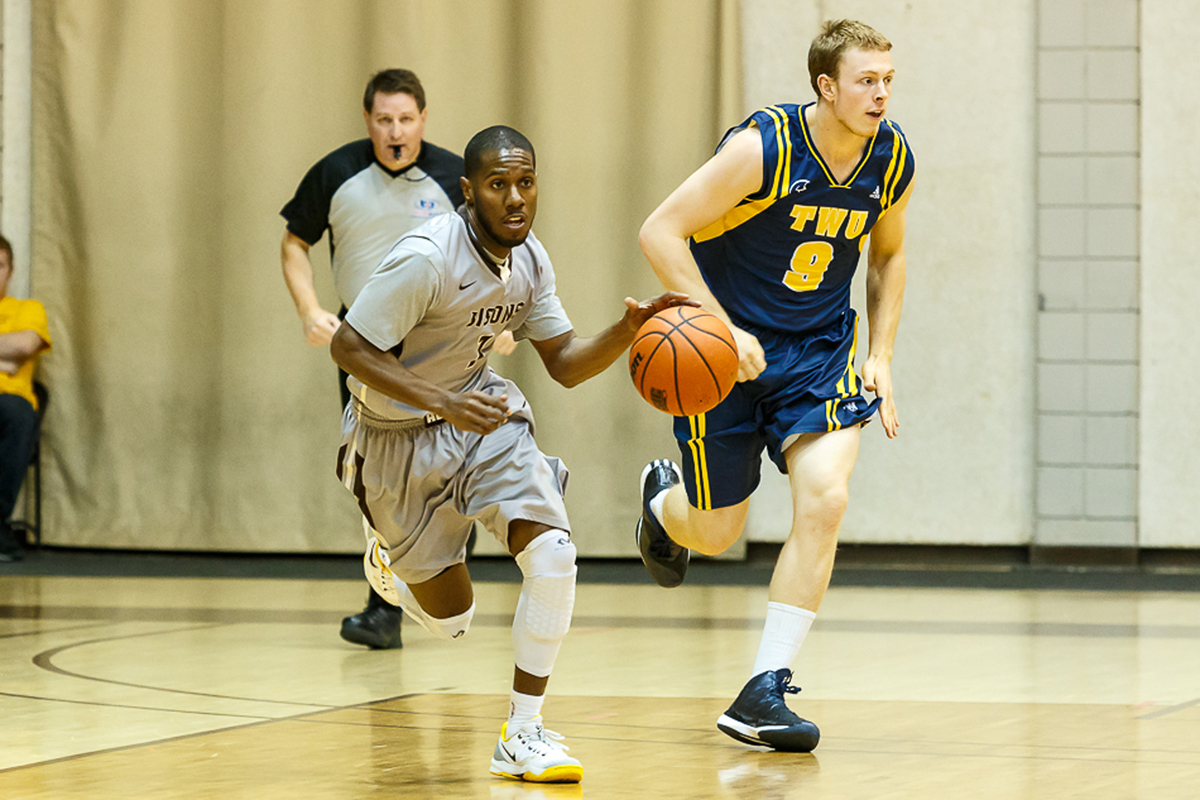 Billy the Bison wasn’t the only character in costume this Halloween weekend for the University of Manitoba Bison basketball season and home openers. Bisons, Batmen, and horses turned up to see the men and women face off against the Trinity Western Spartans in back-to-back games on Friday and Saturday night. The women were ousted on both evenings, while the men came out undefeated to start the year.

The women had the first opportunity to give the crowd a taste of what to expect from them as a team this year. Both teams seemed slow to get going. The Bisons managed to take an initial lead, but would lose it by the end of the first quarter, and trailed the Spartans for the rest of the game.

Perhaps owing to these being the first few games of the season, the number of personal and defensive fouls would prove costly to the Bisons. They ended Friday’s matchup with a total of 24.

Trailing within 10 points of the Spartans for most of the game, they came within four points in the final minute, but were unable to complete the comeback, falling 61-56.

Robyn Eyer led the way offensively for Manitoba, putting up a total of 25 points over the two close losses.

Samantha Pyke, beginning her fifth year as a Bison athlete, was disappointed in the 0-2 standing after the opening games.

“We lost two tough games, but we need to think of them as learning experiences,” Pyke said.

“We will focus on grabbing those rebounds and limiting second chance opportunities for the other team.”

In men’s basketball, the Bisons had a different story to tell – one of complete dominance. Manitoba took the lead early, and held on all throughout the Friday game, ending in a resounding 84-56 victory.

Trinity Western could not respond to the speed and decisive play which led to basket after basket for the home side. Leading the charge was co-captain Stephan Walton, who set up play after play, ending with 11 points and four rebounds.

In game two the Bisons continued to emphasize the divide between the two teams, pulling away completely in the second half, achieving a 96-78 victory.

Arguably three-pointers were the key to Manitoba staying so far ahead. Many of the Bisons were successful in that regard, with the team sinking 10 of 19 overall from beyond the arc.

These baskets came from a number of players, but Amarjit Basi led the way, going 4-of-8 from the three-point line.

Both teams will now hit the road to meet the University of Regina Cougars in their first away game of the season, on Nov. 7 and 8.

Calling it a career

Five graduating players will make last run towards a championship