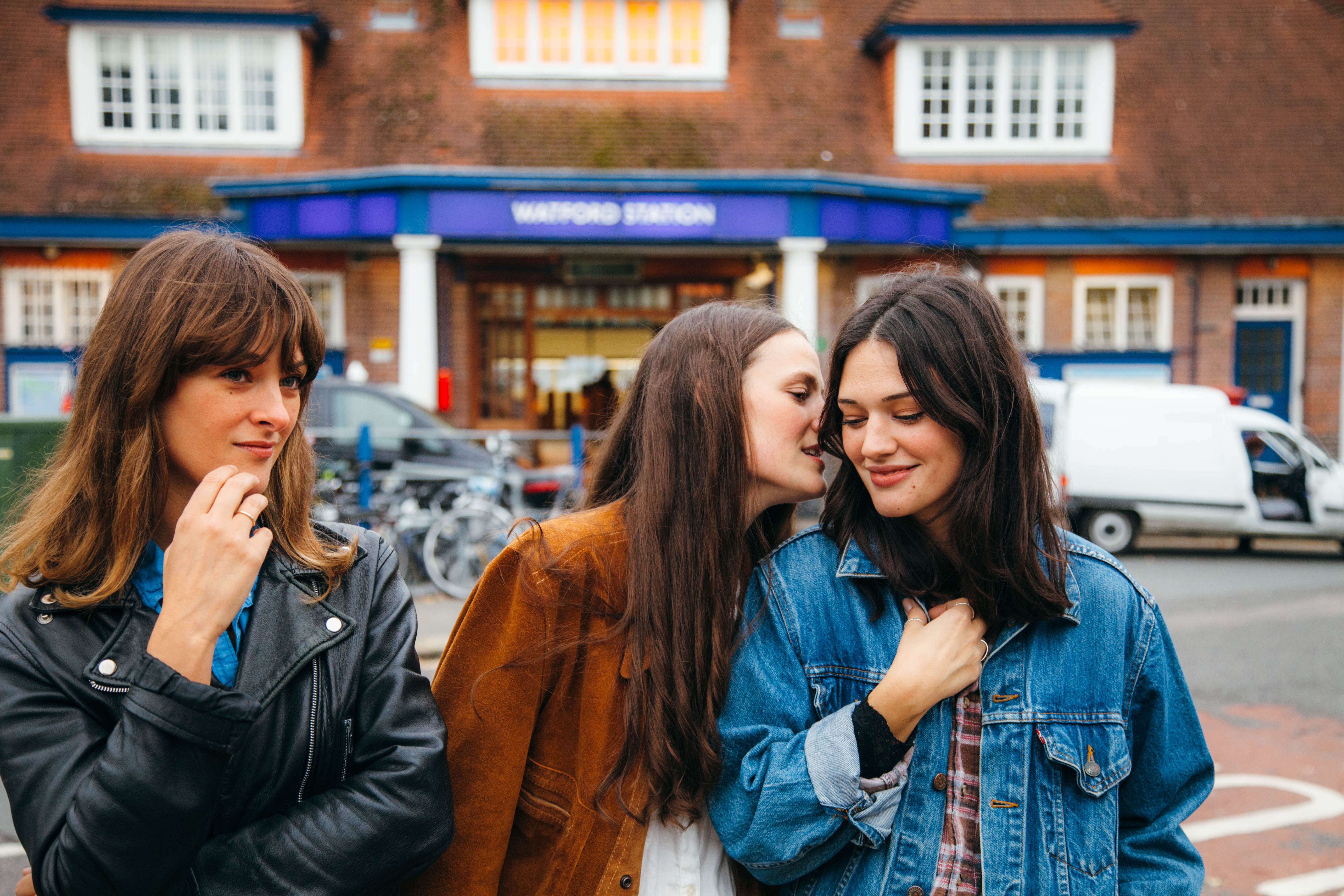 With their perfect three-part harmonies, charming melodies, and unique twist on folk-rock, the Staves’ masterfully crafted songs can make a listener close their eyes and imagine that this is as close to heaven as it gets.

The Staves are Emily, Jessica, and Camilla Staveley-Taylor, a talented trio of sisters born in Watford, England.

The British trio released their fourth EP, Blood I Bled on Oct. 28 – the first glimpse of new music since the release of their debut album, Dead and Born and Grown in 2012.

Producer Justin Vernon (Bon Iver) has his  fingerprints are evident from the start of the first track, “Open.” With more complex instrumentation, glittered with small rhythmic decorations and chilling vocals, it is reminiscent of Vernon’s past works such as For Emma, Forever Ago.

But, it is clear by the steadily building harmonies leading towards a clear climax that this has not been completely crafted by Bon Iver. The Staves cling strongly to the musical style their fans have come to know and love.

“America,” the third track on the EP, begins with a near-static viola drone, making listeners question where the song is going. Soon, the soft strumming of an acoustic guitar enters and it is apparent that we are now in familiar territory: the middle sister will begin softly crooning a melody and the remaining two will join in by the second verse to add another lovely layer to the tune.

Although this track could be considered the most reminiscent to the Staves’ older music, Vernon’s influence brings about subtle changes to the instrumentation, setting the track apart from something the trio might have performed two years ago. The songwriting also marks the continuing climb of the sisters’ maturity, while the harmonies are even more passionate and less polite; the Staves are not intending to remain in the same musical place for an extended period of time.

The true gem of this record lies in between the two above-mentioned tunes: the title track, “Blood I Bled.”

Almost Celtic sounding in nature, this song starts off with moody and mysterious solo vocals and gentle ukulele finger-picking. But with the addition of pounding drum beats, trumpet echoes, and an uplifting melody carried by an entire string section, it reaches new levels of depth and creativity. The sisters’ harmonies are even more outstanding as they soar powerfully over the elaborate instrumentation behind them, making this track a must-listen.

Leaving smiles and happy sighs among fans, anticipation is only building for their upcoming album to be released early next year; Blood I Bled has achieved its goal. I encourage you to take advantage of a rainy (or snowy, if we’re unlucky) Sunday afternoon to listen to the beautiful artistry that is the Staves.