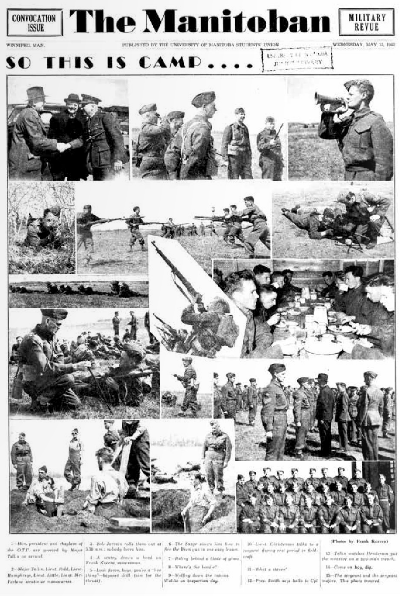 A few years ago the digital archivization of the Manitoban was undertaken. Shelley Sweeney, head of archives and special collections at the University of Manitoba, oversaw the venture. The Manitoban spoke with Sweeney about the project.

The Manitoban: Tell me about the Manitoban digital archivization project. When/why/how did it begin? When did it go live?

Shelley Sweeney: [On] April 11, 2010, then-editor-in-chief of the Manitoban Kevin Doole asked if we would be able to digitize issues of the Manitoban. At the time he thought that the Manitoban had started in 1911. As it turned out, the first one was published [on] November 5, 1914 instead, giving us extra time to get the project done. We ingested the images into our digital asset management system in November 2013, which allowed users to see the issues, and indexed the whole works by December 2013, which allowed users to search the entire run.

M: Who was contracted to do the work? Can you speak to the kind of processes that were undertaken to get the hard copies to the contractors and to digitize everything?

SS: Heather Robertson, writer and a former editor of the Manitoban, had paid to have the Manitoban microfilmed in 1998. This meant that we could have the microfilm digitized, which was considerably cheaper than digitizing the originals. We contracted a company called Commonwealth Imaging/West Canadian Digital Imaging to digitize the issues from this microfilm. Because the project was so involved, and so lengthy, and because the technology to provide access to the papers changed over a very short period of time, this all made the project cheaper than originally anticipated in the end.

M: What does it mean—for the university, the community—to have all of these issues archived?

SS: Often students are at the leading edge of change in society. Now that these newspapers are available, researchers will be able to trace important cultural movements in the paper and get more ideas about why the students develop these changes. Of course researchers will be able to find out more about the University of Manitoba itself, about student life in general, and about the history of education in Canada. It is interesting that the Manitoban is the only public source of information published consistently about the University of Manitoba.

The people who have written for the Manitoban over the years have also made important contributions to Canadian life. These have included such figures as Graham Spry, who helped propel the development of the CBC; Marshall McLuhan, a leading theorist in communications; Israel Asper, a giant in the communications industry; Peter Herrndorf, former chairman and CEO of TVOntario; Heather Robertson, champion of freelancers across Canada; Andrew Coyne, journalist and commentator with a wide variety of publications and CBC’s The National; and Nahlah Ayed, foreign correspondent with the CBC who specializes in the Middle East, to name a few.

M: Can you think of any historical coverage in the paper you found particularly interesting/valuable?

SS: I think the Manitoban was quite important to give alternative perspectives on the Second World War, and also how the war affected people who remain behind in Canada. The newspaper provides a very intimate glimpse of the toll the war took. Also, Marshall McLuhan’s articles are quite interesting to read to see some of his ideas in germination.

M: Any interesting anecdotes about the paper you think the readership would be interested in knowing about?

SS: In addition to all the students who wrote for the Manitoban and went on to great things, the Manitoban was also successful in getting writers to contribute. For example, Theodore Dreiser, an American novelist and journalist of the naturalist school, contributed a poem about Oscar Wilde for the October 29th, 1943 edition.

This was a real coup for a student newspaper to land someone of his calibre. Also, during the Second World War, three students faced suspension for publishing a poem [that] was interpreted as being “anti-war,” including Albert Hamilton, and Jack Ludwig, who then went on to become a professor of English at the State University of New York at Stony Brook.