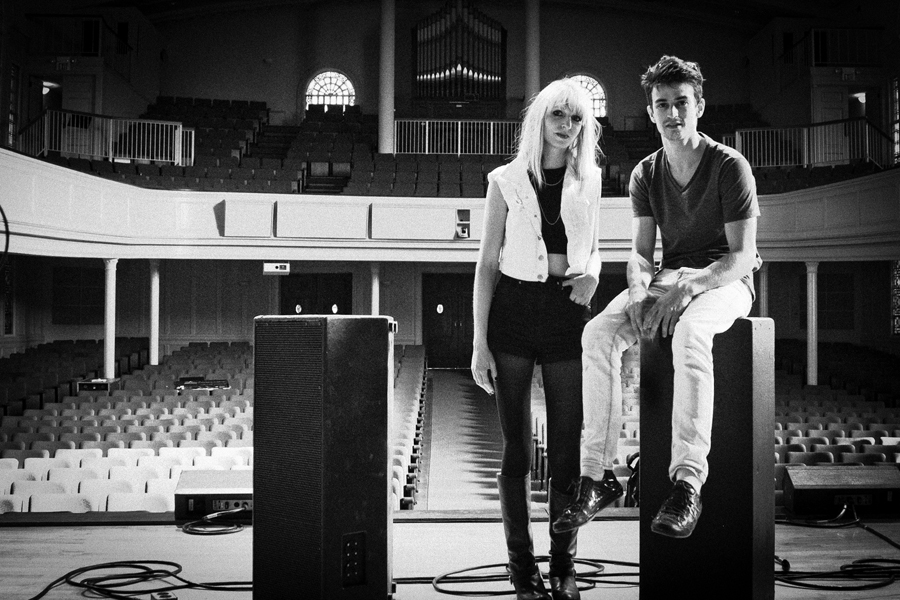 If you’ve yet to hear the distinctive voice of the lead singer Sc of Sc Mira, you’re in for a treat. Sc Mira is set to perform at The Cavern on Oct. 11 at the beginning of their Canada-U.S. tour.

Sc Mira is made up of Sc on lead vocals and guitar, Tyler Wagar on guitar, Mario Lagasse on bass, Jed Desilets on drums, Elise Roller (on tour) on keys, and Jordan Waters (on tour) on drums.

The local folk-rock-indie pop group recently released On My Own, a single from their forthcoming 2015 EP Waiting Room Baby.

The tune is catchy and fun, but pay attention to the lyrics and you’ll be told a story of Sc’s personal struggle with cancer.

Sc says the lyrics reveal her feelings of being “trapped and stuck” in a body that wasn’t doing much for her.

Playing a guitar was synonymous to writing in a journal for Sc. Originally, she had no intention of taking the music further than her bedroom, but when Sc began collaborating with Wagar, the two formed a duo and eventually became the band they are now.

The six songs featured on Waiting Room Baby are “very personal,” says Sc. It hasn’t been easy for her to talk about them – she says she’s quite introverted and talking about the meaning behind the words is out of her comfort zone.

But she really enjoys being on stage.

“Performing them is great because although they’re all about these daunting topics, we put on a good rock show.”

Attend an Sc Mira show and you’ll get the best of both worlds – lyrical substance while feeling free to dance the night away.

Sc Mira will also be releasing an EP for free on Soundcloud before Halloween. The three songs on the EP will be covers: “Somebody Super Like You,” “Life at Last” (both from Phantom of the Paradise), and “Halloween” (The Misfits).

While recording their 2015 EP, Sc and Wagar found a vintage record from the 1974 rock opera Phantom of Paradise, which inspired the creation of the Halloween EP.

“It’s also fun being able to recreate the songs with our band when we both watched the movie so many times as kids,” says Sc.

Catch Sc Mira playing a hometown show at The Cavern on Oct. 11.

Winnipeg, what an experience