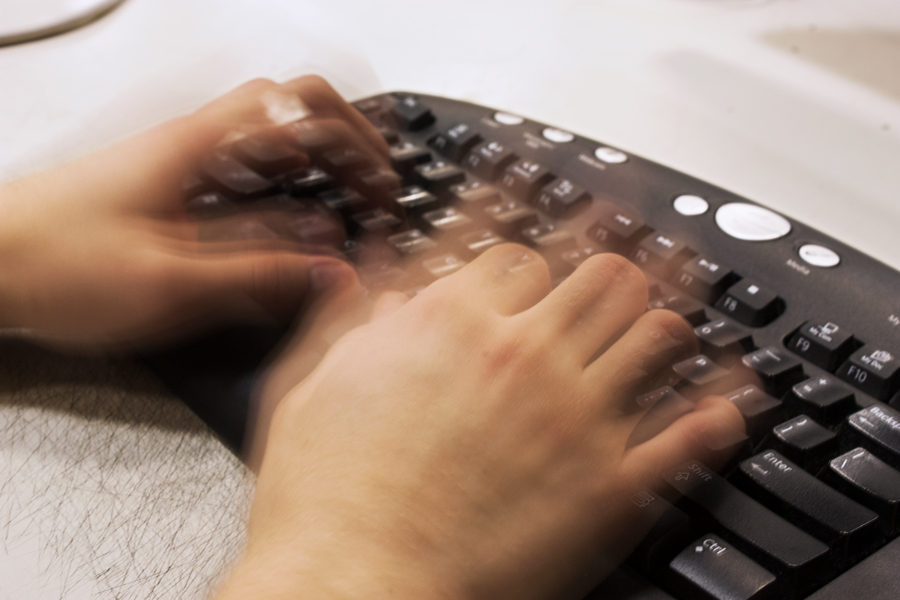 On Oct. 17 the University of Manitoba hosted IEEEXtreme 8.0, a programming challenge held simultaneously around the world over a 24-hour span. The event began at 7 p.m. in Winnipeg. Organized by the Institute of Electrical and Electronic Engineers (IEEE), the challenge has student teams consisting of three participants compete in solving a set of programming problems which range from moderate to difficult in complexity.

The Institute of Electrical and Electronic Engineers is the largest professional association in the world, with over 400,000 members in 190 countries. The U of M’s own Witold Kinsner is a life senior member of the IEEE, student counsellor for the IEEE’s U of M branch, past chair of IEEE Winnipeg, and now president- elect of IEEE Canada.

Kinsner oversaw the development of the locally hosted event, along with 16 proctors from the faculty of engineering, the department of computer science, and the engineering industry. This year Winnipeg had six teams compete, with many participants spending the night on campus and programming throughout the 24-hour period.

“What is unique about the University of Manitoba’s performance this year is that it was completely raw. There was no training or preparation of the participants before the event,” said Kinsner, who then went into some details about the impressive statistics the event produced.

Even more impressive is that this year the challenges incorporated the “elegance” of the solutions and did not accept just any workable solution for full points.

“Elegance is a difficult thing to measure in programming,” said Kinsner. However, a combination of program length and computation time were used to determine the points distributed for a solution. The faster a program produced results and the fewer lines of code used to write it, the higher the point distribution for that challenge.

On top of entering the competition with no prior training for the challenges and facing a much stricter point distribution system, many of the participants were also involved with the GradCon and had mid-term exams. Kinsner was pleased that these students participated and did well.
Kinsner said the outcome indicates that U of M students are performing well in the programming arena: “This is a measurable result that our students are very good.”

Erik Johnson, a third-year computer engineering student and an IEEE student member, was a participant in this year’s IEEEXtreme challenge. Out of the 23 problem sets, his team was able to successfully solve two.

“The time-outs were really low,” Johnson said. While solving one of the problems, he found that some lines of code had an extra space at the end, which slowed down his algorithm, the part of the program that performs the desired calculations. Since part of the point distribution was based on computation time, something minor, such as an extra character in the program, affected the results.

Johnson said his favourite challenge was the Nekops-Nu Sequences problem. “I solved that problem with 19 lines of Python,” he said.

In other challenges, he used the programming languages C# and Java. The challenge lists many programs which the challenges may be solved with, giving participants the freedom to choose based on their own preference or skill level.

Canada had 79 participating teams – a high participant-to-population ratio compared to the U.S., which had 240 teams participate.

Team turnout for IEEEXtreme increased from 1,830 in 2013 to approximately 2,300 in 2014. “This is a very good thing,” said Kinsner. “I hope in the future our participants [at the University of Manitoba] can excel even further.”

The IEEEXtreme challenge is held annually in October. Anyone interested in participating in future years is encouraged to contact kinsner@ece.umanitoba.ca to find out more details.