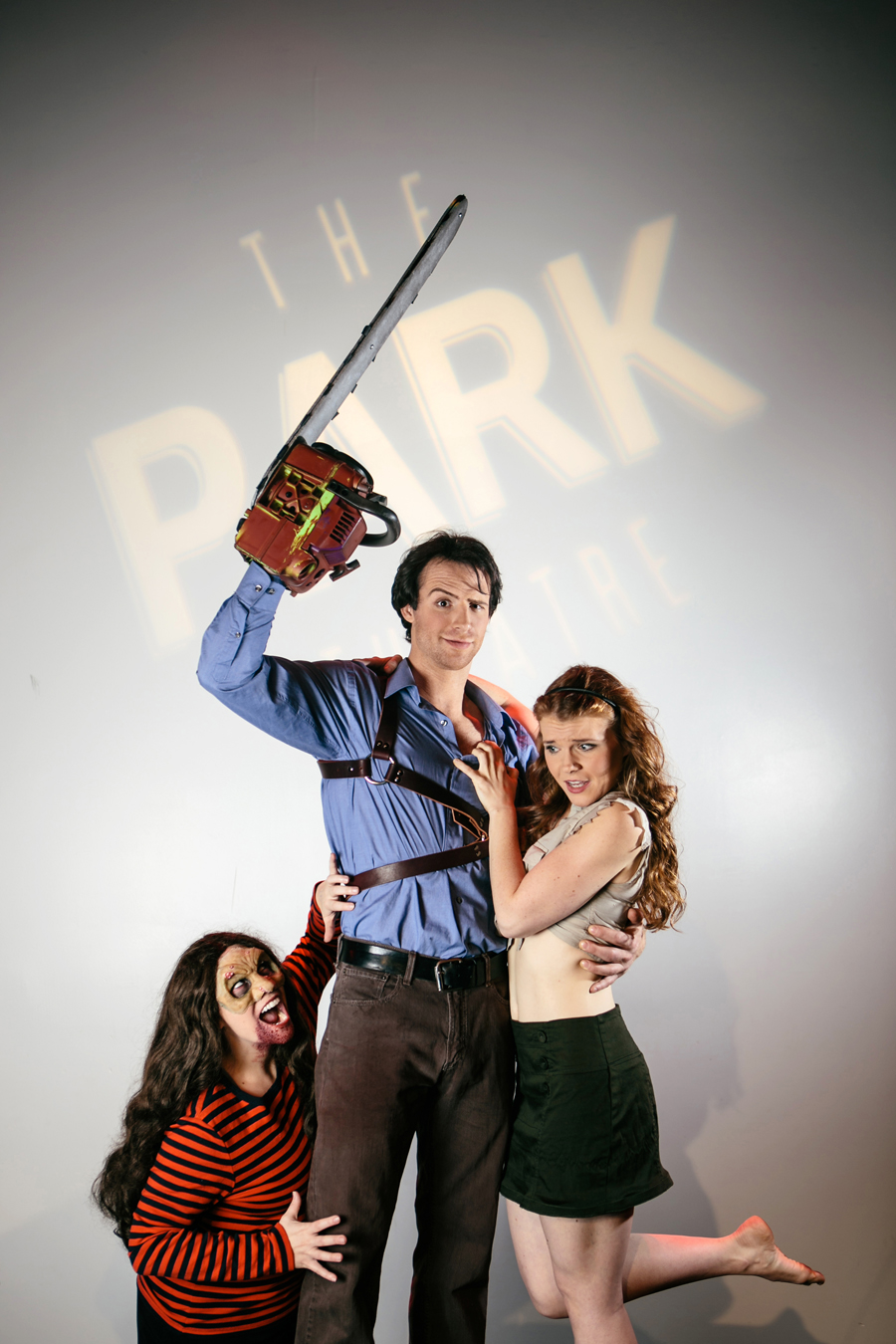 Winnipeg is known for its enthusiastic support of cult films, and now an opportunity to see one re-imagined on stage is approaching. Evil Dead: The Musical has its Park Theatre premier on Oct. 29 and runs until Nov.. 9. It is an interactive production, sure to get everyone into the Halloween spirit.

The Evil Dead movie series is comprised of four movies directed by Sam Raimi. The first instal premiered in 1981 , with the subsequent movies taking the world by storm, becoming cult classics.

While the four movies directed by Raimi are the only official films, there have been unofficial sequels produced in Italy , as well as an indirect sequel featuring one of the film’s original characters in his day-to-day life.

From the movies came the musical, which is an international sensation.

It has been produced 150 times, all over the world – including as a off-Broadway production in New York, and with variations in Tokyo and Seoul. The writers took plot liberties and combined the original movies into one full-length, two-act musical featuring songs such as “All the Men in My Life Keep Getting Killed by Candarian Demons” and “Ode to an Accidental Stabbing.”

The music is fun and exciting, the composition is reminiscent of the doo-wop style of “Little Shop of Horrors.” The musical features many famous moments from the movies and some of Ash’s classic one-liners.

The showing at Park Theatre will include the “splatter zone”. Players and producers invite patrons to show up in full costume.

The show is accessible  to everyone, even if you have never heard of the franchise. For musical theatre enthusiasts, there are great song and dance numbers, and for action-inclined individuals, the musical is packed with great fight choreography.

Producer Quinn Greene saw a unique opportunity in Winnipeg, a city with a penchant for loving cult films– such as Phantom of the Paradise, The Rocky Horror Picture Show, and The Room.

“Winnipeg loves interacting with performers, so that was another draw for me as well,” Greene says. He had heard of others wishing to put the show on, and subsequently hired director Cory Wreggitt to take on the project.

The show features local performers who Greene and Wreggitt had previous experience with, in addition to others recruited through a public casting call. Greene was amazed at the overwhelming response to the casting call, many talented individuals showed up to audition for the show.

Even the choreographers, art directors, and make-up production team are local. This show is something Winnipeg should be proud of.

“[Evil Dead: The Musical] is a live theatre performance you can’t get anywhere else,” explains Greene. “We encourage costumes, we encourage interactivity [. . .] it’s an experience; you’ll get entertainment unlike anything you’ve seen before.”

Evil Dead: The Musical will be shown at the Park Theatre from Oct. 29 until Nov. 9.  Tickets are available on ticketfly.com

John Cage on the radio