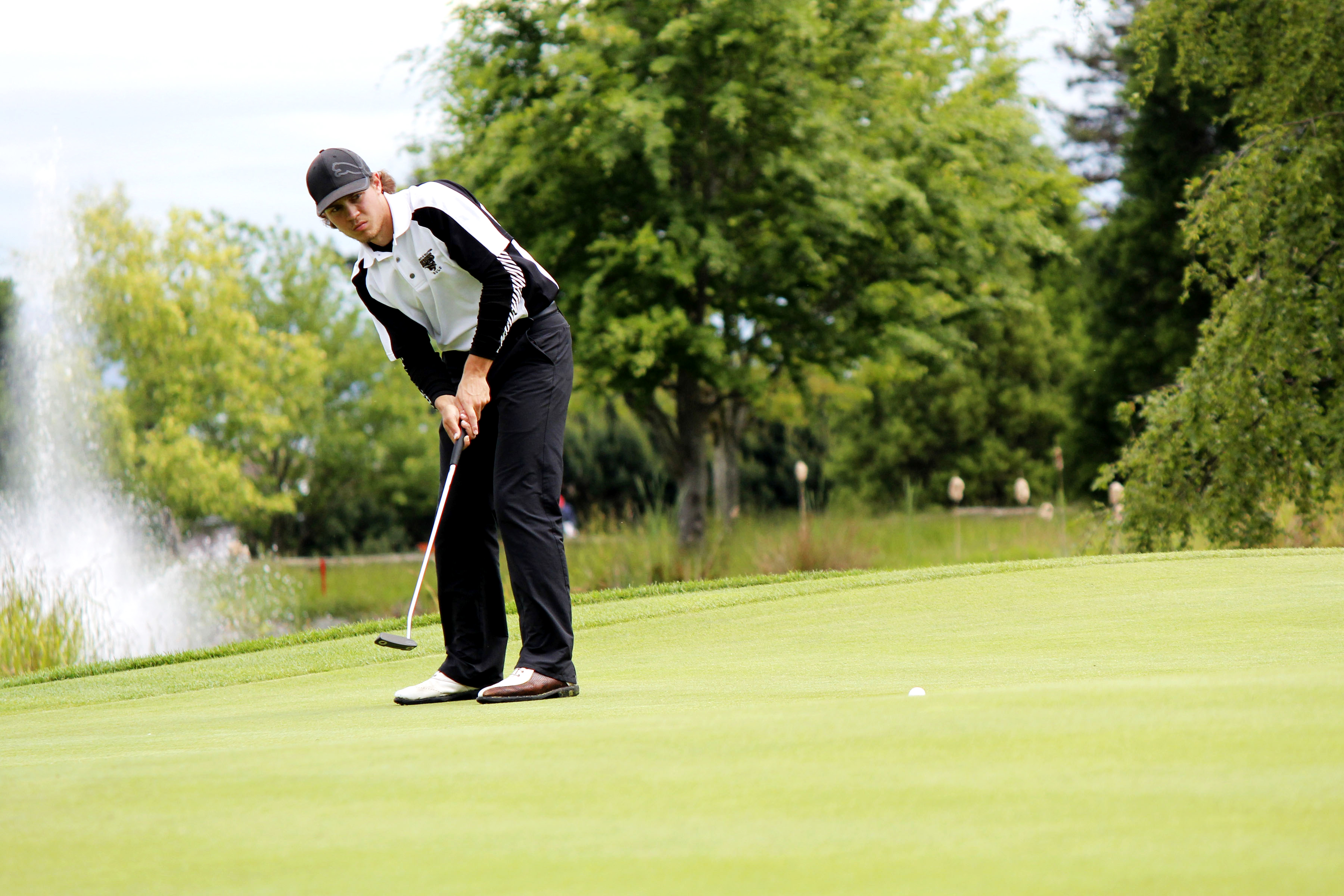 Golf runs through Josh Wytinck’s blood. He grew up with it, and has been playing the game since he was five years old.

The native of Glenboro, Man. still remembers playing weekend mornings back at home with his dad, brother, and late grandfather, where he had some of his fondest memories of the game.

“From a timeline perspective it started with my dad and grandfather who taught me the game and put the time in with me,” said Wytinck.

“After that my mom made sure I always made it to tournaments. Without that I would have never caught Garth’s [Goodbrandson’s] attention.”

Wytinck has racked up quite the resume in his golfing career, including being named Golf Manitoba player of the year in both 2012 and 2013 , as well as a two-time finalist for the Manitoba Sportswriter and Sportscasters Association male athlete of the year.

While his accomplishments are many, Wytinck was quick to praise his coaching staff, who were part of the reason he chose Manitoba in the first place.

“I really liked the coaches at the time, Garth Goodbranson and Derek Ingram, as people. They were great guys who wanted to have me. After my first year Ed Boge joined and he has been a fantastic coach as well.”

This past year, after numerous other accolades, the team captain finally secured the biggest prize of his university career: a national championship. It was the first title in the 15-year history of men’s golf at the University of Manitoba.

“Personally, it was a neat, full-circle experience,” said Wytinck.

“My first trip to nationals, I led after the first round and was in the final group on the last day but fell apart. Fast forward three years later and I was in the final group again and played well and was able to help the team win.”
From a timeline perspective, Wytinck added that securing the national championship was probably his most memorable golfing experience.

“In my tenure we had 12 team wins and made winning look easy but winning the national championship took everything we had and is probably one of, if not, the greatest accomplishments I’ve been a part of,” said Wytinck.

The rapport which Wytinck has had with his teammates has certainly gone a long way.

“I got to know most of my teammates through junior golf tournaments starting at about age 13,” said Wytinck.

“I got to know Garth through Manitoba junior teams where I played alongside some of the guys from the U of M as well. It’s funny to think how we became teammates later in life, too.”

Now that Wytinck’s CIS career has come to an end, it is on to bigger things. He is currently looking to attend qualifying school for the PGA Canada tour in May 2015, and play professionally.

“I’m currently in education but would love to be involved in golf, either playing or working.”

Regardless of what Wytinck chooses to do after university, he has already left a permanent mark on the golfing program. His advice for golfers that are new to the competitive circuit is very basic, but goes a long way.

“Anyone new to competitive golf, I would tell them to just soak up as much info from the competition as possible,” said Wytinck.

“Experience is even more important than talent and will help the player become better.”