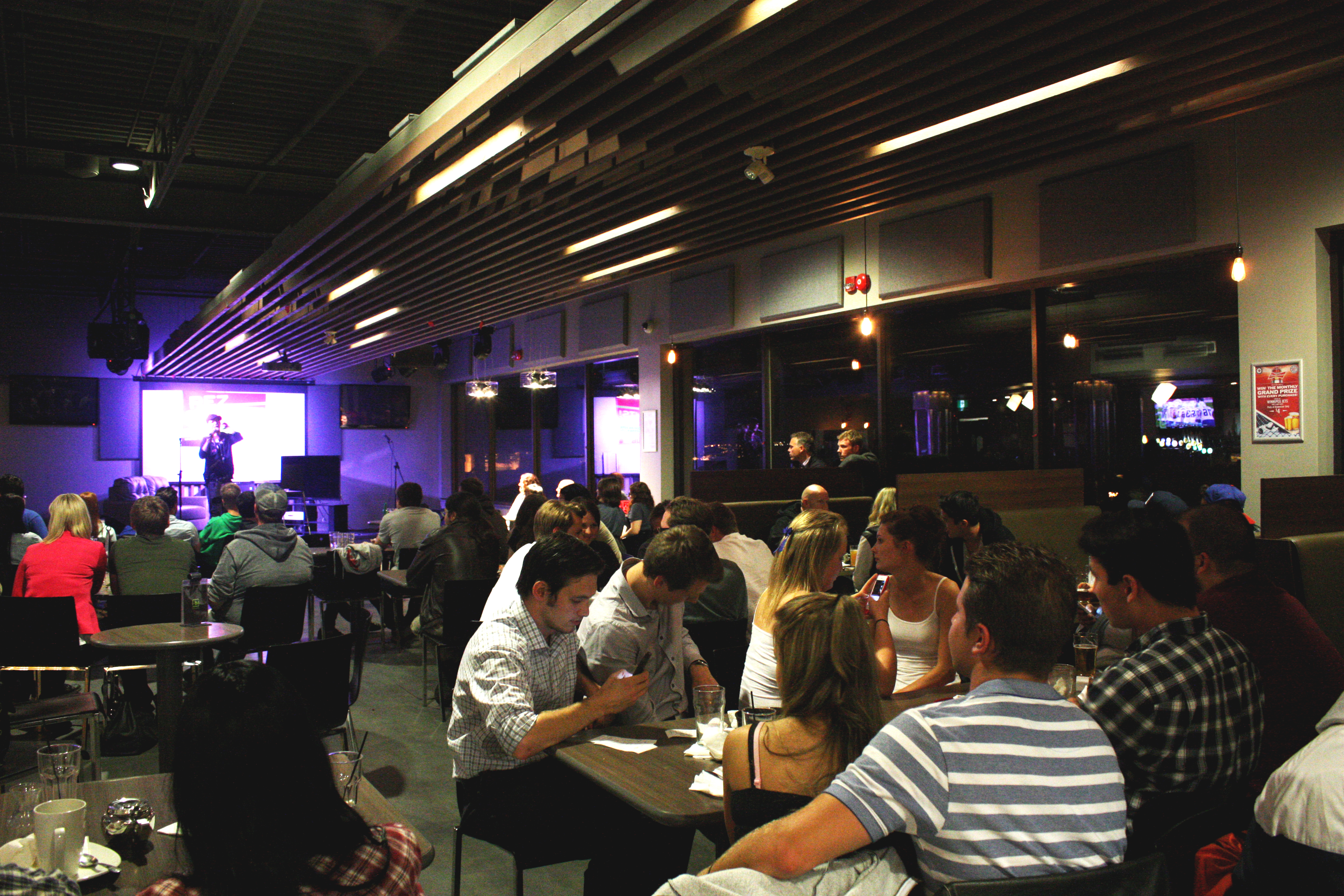 The Hub has started hosting an all-new comedy event every Monday night. The first Comedy Night, which took place Sept. 8, has been proclaimed a major success by the Hub’s staff and event organizers.

Local luminaries in stand-up comedy Ben Walker and Ryan Ash are the organizers behind this event and will be hosting a new lineup every Monday night.

There will be a different headliner each week along with an open mic period where amateurs can take the stage.

Walker and Ash contacted Jack Jonasson, the manager of the Hub, about the possibility of a comedy night after looking for a new venue to perform and expand their fan base.

“Our goal is to have a fun, friendly atmosphere where people feel encouraged to try out,” said Walker.

A comedy night mascot is also in the works.

Nick Drescher, a server at the Hub, has been working on the mascot, which he intends to be a bison-comedian hybrid.

Drescher said he is playing with a few design ideas which include caricatures of famous comedians such as Jerry Seinfeld crossed with the bison logo.

With lots of spots to sign up, this is a great opportunity for theatre students hoping to hone their skills, or anyone with some good comedic material they would like to share.

The show starts at 8 p.m. every week but participants for the open mic are asked to be there for 7:30 to sign up.

The Hub is opening Thursday and Friday nights to student groups who would like to use the space to host fundraisers or events.

Chelsea Wolfe, a server at the Hub, said the pub has seen increased traffic with the start of the new theme nights.

“We usually don’t get more than 20 people or so the first time we host something like this, but last week produced a really great turnout, the place was packed,” said Wolfe.

UMSU president Al Turnbull is also excited to see the increased use of the Hub.

“If you had gone to the Hub two years ago you would’ve seen that it was a really desolate place,” said Turnbull. “It really wasn’t catering to the demographic we have here.”

But Turnbull suggested that things have begun to change.

“Students are excited to go to the Hub,” said Turnbull. “You go on Twitter, you go on Facebook, you go on Instagram, students are enjoying their time at the Hub. And that’s something.”

Jonasson said he is really excited about the changes in the schedule this year and hopes that everyone will take advantage of the theme nights for great deals on food, drink, and a chance to unwind and de-stress.