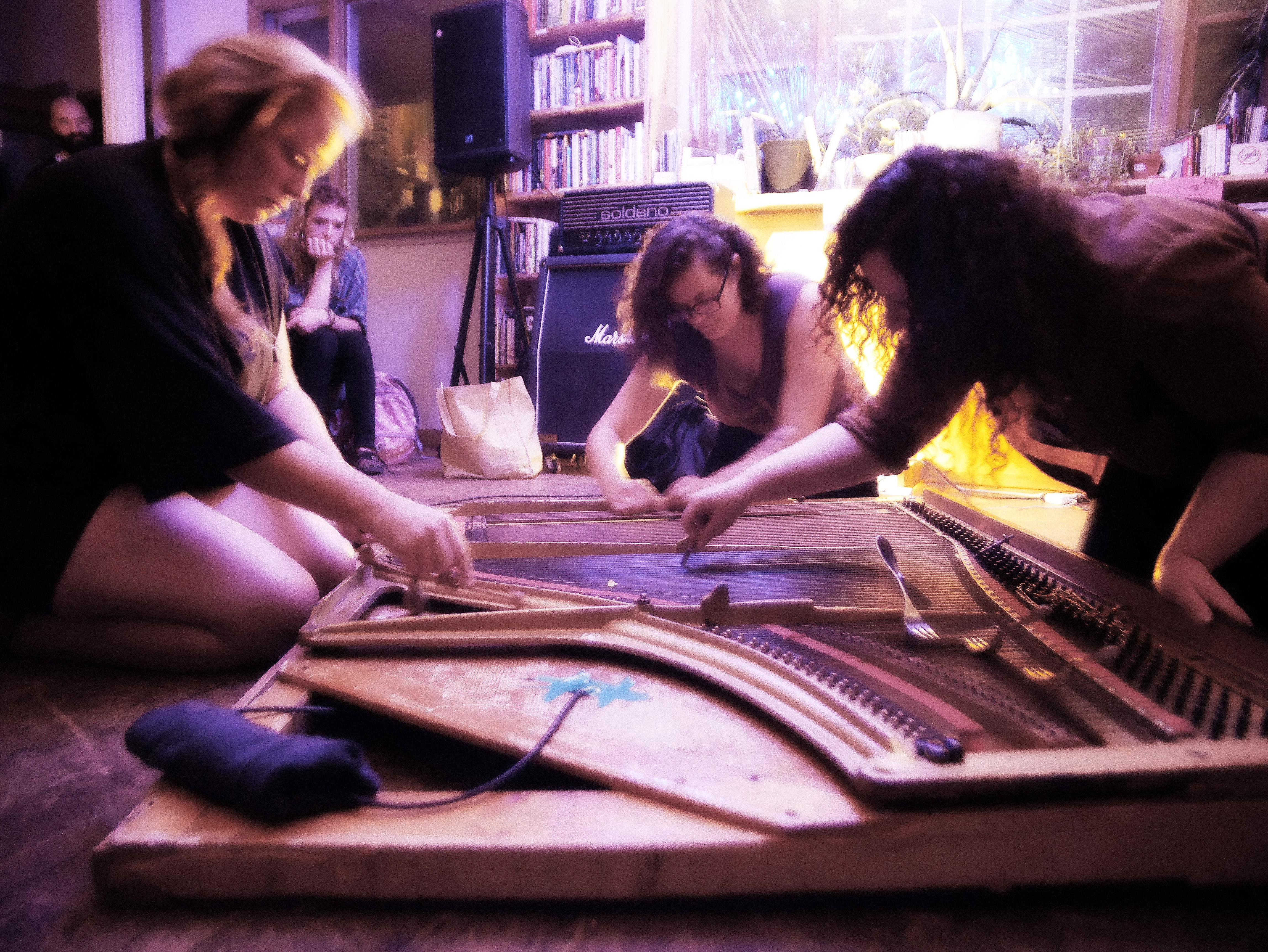 If you’d rather listen to diverse, eclectic music than hear the same mainstream music playing on today’s top radio stations, take a chance on send + receive, a festival of audio and visual art, sound, and non-traditional music.

Running from Oct. 1-4, this festival promises to inspire and present sounds from the fringes of popular music.

This 16th annual festival of sound is bringing artists to Winnipeg from around the world, who will perform, give talks, and create installations.

“We don’t have anything that’s beat-oriented, we don’t have performances that are melodic, or fall into traditional musical structures, but we do represent music that has traditional instrumentation,” says send + receive director crys cole.

You’ll recognize some instruments, like the cello, and you’ll also witness artists working with unorthodox instruments such as pieces of metal or their own body.

Though some of the artists consider their work music, others consider it more abstract artistic expression, says cole.

The theme of this year’s festival is physical sound, or, “the idea of how sound moves around us and how we generate music from the body,” says cole.

This year’s guest of honour Ellen Fullman will be playing an instrument she developed herself in 1980, called the long string instrument. The instrument takes some time to install, and involves running piano strings through the entire length of the musical space.

“She plays with all these harmonic overtones that she pulls out by playing the strings with her fingers. It’s a really hypnotic, beautiful thing to witness as a performance,” says cole.

Listen to Fullman give an artist talk on the University of Manitoba campus on Oct. 3 at 12:30 p.m. in Eva Clare Hall, or attend her performance at 8 p.m. at the Ukrainian Labour Temple later that night.

Cole recognizes the fact that the work showcased at the festival may not be accessible for everyone, but that’s not necessarily the purpose of the festival. The performances are meant to communicate, she says, and to touch and move people.

“It’s meant to have a very special singular experience for not just the artist but the audience as well.”

Local trio Burden is set to perform on Oct. 4 at 8 p.m. at Media HuB. Doreen Girard, Shelagh Pizey-Allen, and Caitlin Hutchison perform both composed and improvised work using handmade tools and other objects on an amplified piano soundboard.

The trio began collaborating in 2012.

“Some of us had inherited/rescued pianos and we amplified them with contact microphones,” says Pizey-Allen.

“Eventually we started playing on the soundboard of a disassembled piano, because we were interested in drawing out unconventional sounds and playing the entire object as an instrument.”

Erin Sexton uses “audio circuits to sonify salt solutions, exploring the process with microscope video.” During her performance on Oct. 1 at 7:30 p.m. at Actual Gallery, Sexton will be using dry ice for the first time.

Sexton is looking forward to performing at the festival again (she also performed in 2010), and says she really appreciates the warm and engaged public in Winnipeg.

Cole stresses that the festival is not elitist, and that in order to take away “something very beautiful from the experience,” understanding the history of the art is not required.

“You won’t be bored, I can tell you that much. It’s really diverse and really engaging in different ways, so it makes for a very special experience,” says cole.

Advanced passes available at Into the Music for $45. Tickets for individual shows can be purchased at the door and range from $10-20.