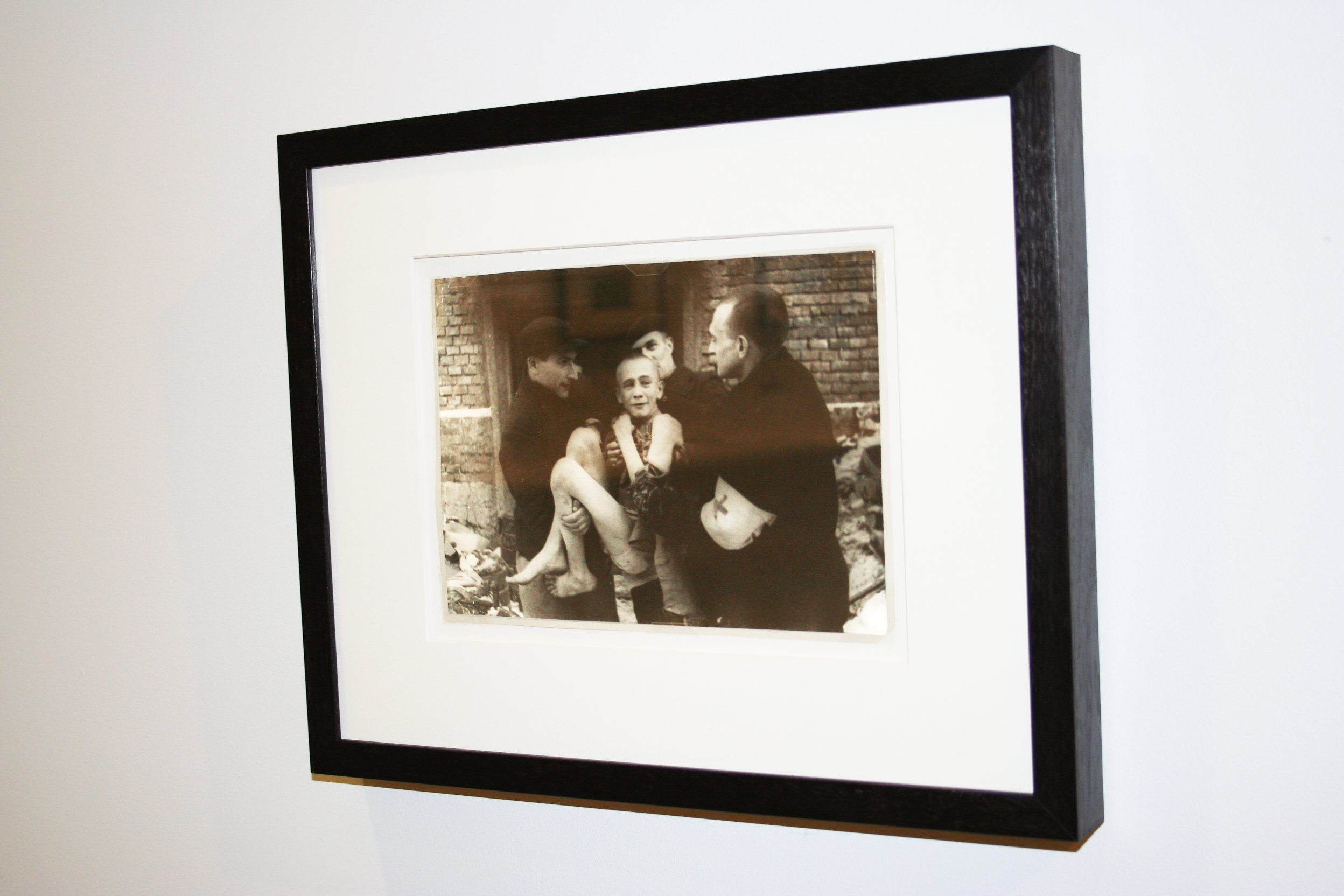 The University of Manitoba School of Art Gallery is now displaying Photrocity: Mass Violence and Its Aftermaths in the Sovfoto Archive, an exhibit that uses Soviet propaganda images taken from the Sovfoto Archive to alter our understanding of the human suffering caused by mass violence. The exhibit is in collaboration with Barrie, Ontario’s MacLaren Art Centre.

Comprised of 19 vintage gelatin silver prints dating from 1936 to 1957, this exhibit focuses mainly on World War II and its aftermath, particularly among the Soviets.

The gallery itself is a stark white, contrasting powerfully with the dark images seen on the walls. Text fragments written by Struan Sinclair, designed to heighten the viewer’s experience and take the almost surreal images into a territory more akin with reality, accompany each image in a booklet available upon first entering the exhibit.

The images range from souvenir photographs taken by soldiers intending to share the atrocity with friends and family, to Soviet-manipulated photographs attempting to control the meaning of suffering in Nazi prisoner-of-war camps.

Collectively, the images speak volumes about how we represent—or should represent—human suffering, as well as our capacity as humans to harm one another deeply.

Curator Adam Muller of the University of Manitoba got the idea for the exhibition after a research trip to the Sovfoto Archive, which contains more than 20,000 Soviet propaganda images.

At the suggestion of Mary Reid, the former curator of the School of Art Gallery at the U of M, Muller reviewed the collection of images – blown away by the Soviets’ “attempts to propagandize, and therefore manipulate and use, human suffering in more and less overt and explicit ways.”

He felt that an exhibition of the images would best share the stories behind the atrocity that occurred during this time period, and might “stimulate some wider public reflection on the way we depict and relate to violence and atrocity in social life more generally.”

Scheduled to run alongside the opening of the Canadian Museum for Human Rights (officially opening Sept. 20), Photrocity helps to illustrate that despite our great improvements in the field of human rights since the horrors of World War II, there is still a long way to go. The exhibit and the questions it raises about the morality of depicting human suffering are very timely, and still upsettingly relevant in our modern society.

But it’s not all disheartening.

Perhaps, as Susie Linfield argues in her book The Cruel Radiance, examining images of human suffering—and more importantly, learning to see the individuals within the photos—is politically and ethically necessary to help us understand and appreciate the importance of human rights in the present, as well as deepen our need to defend them when we feel they are being violated.

UMFA, U of M extend mediation