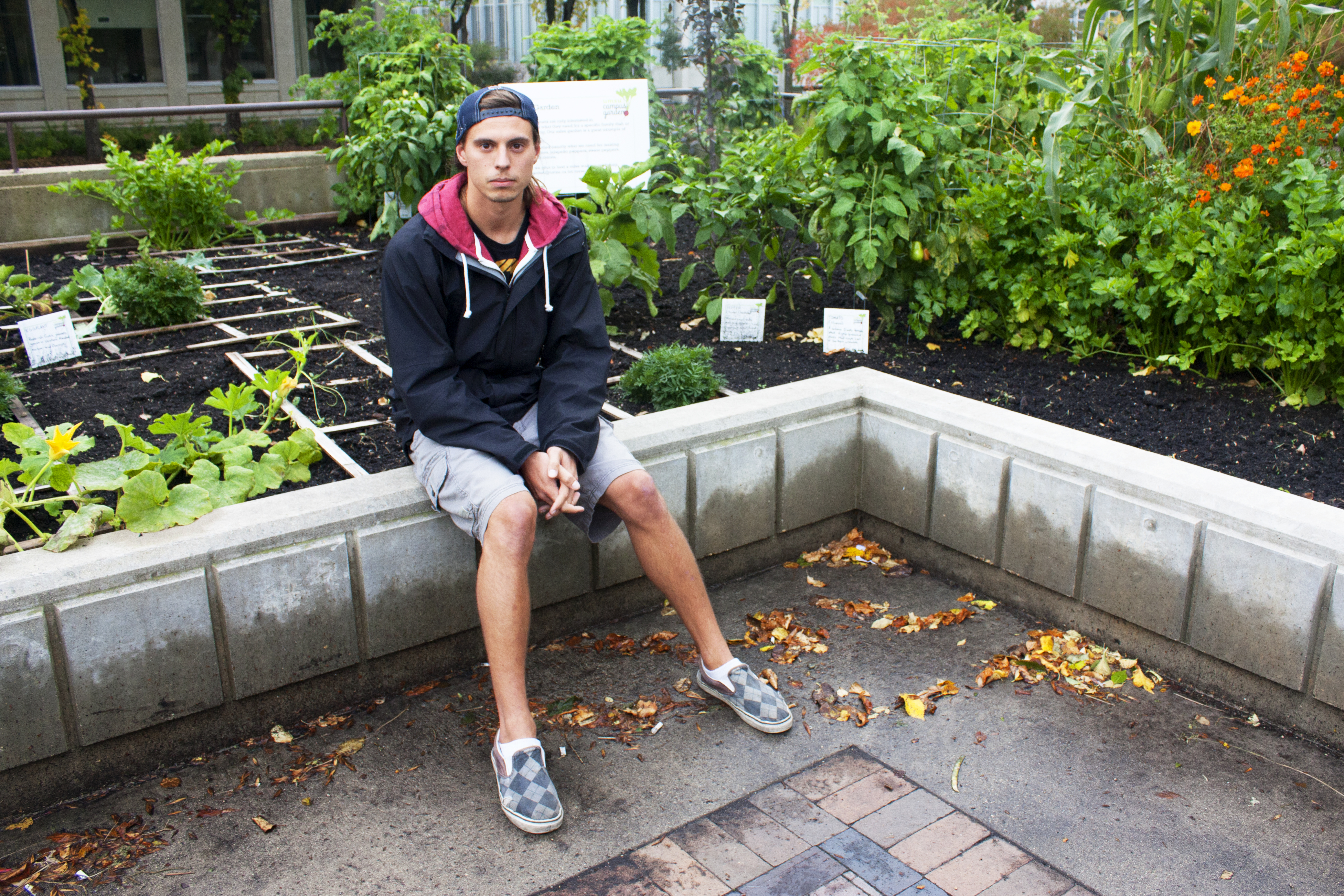 The UMSU campus garden, situated just outside University Centre, was recently raided, leaving little produce for volunteers and customers of the U of M’s Market Mondays.

The theft occurred sometime between the afternoon on Sept. 12 and the morning of Sept. 15. Stolen items included the garden’s tomatoes, peppers, carrots, beets, cucumbers, and cabbage; one watermelon; half the garden’s Swiss chard; and approximately 10 pumpkins.

The learning garden was maintained by a group of volunteers overseen by UMSU campus garden co-ordinator Cody Schuender.

It has served a special role as a training ground where people can come to practice and develop gardening skills.
Schuender, who took over the position in mid-June, said the theft has put a damper on end-of-season activities for the group.

“There’s obviously a lot of disappointment [from the volunteer gardeners],” said Schuender. “There just isn’t a lot to take home. [With] what is left, volunteers will get first pick as they help me clean up.”

Schuender said that Market Mondays, a weekly fruit and vegetable sale hosted by the campus garden volunteers, have also suffered as a result of the thefts.

Market Mondays take place every week, in the later part of the gardening season, in University Centre.

The harvested produce is shared by volunteers, with additional produce going to Degrees to be used by the cooking staff and incorporated into their menu. The leftover produce is brought to a table in University Centre and sold to people on campus.

Sales from Market Mondays go back to UMSU to help cover operating costs for the garden.

The garden’s 36 individually managed plots, situated at the corner of Chancellor Matheson and Pembina Highway, have not experienced any major thefts this year, but Schuender is encouraging gardeners to watch out for theft as the season wraps up.

“I’ve warned all the garden plot holders that we’re at that time of year now where theft happens,” said Schuender.

“We’re taking precautions like picking tomatoes early, picking whatever we can early. They’ve all been alerted to call Security Services if there’s something suspicious happening or anything like that.”

This isn’t the first time the campus garden has experienced a loss. Last year gardeners using the private plots were raided near the end of the summer.

Around that same time, other stories emerged in the media about major thefts from Riverview Community Garden, Paulicelli Park community garden, and the garden at Westminster United Church.

Rebecca Kunzman, UMSU vice-president advocacy, said she was disappointed to hear about this year’s theft, but thought Schuender had done a great job in managing the situation.

“It’s unfortunate that it happened again this year, but I think Cody has really rallied around it and when I did speak to him, he was still planning to go forward with the events that he’s planned. I know he has a fall feast, as well as a seed-harvesting workshop, that he’ll be conducting later on in the season. I think he’s done a really good job making sure that this doesn’t affect the volunteers,” said Kunzman.

Kunzman said UMSU would be working with Schuender to try to develop a plan to prevent losses for next year.

“I don’t think it’ll affect [volunteer participation] into the future but I do think it is important that we address the issue so that it doesn’t happen again [ . . . ] because this is something that did happen last year as well.”

Kunzman said that despite the thefts, there are numerous benefits for people interested in getting involved with the campus garden.

“One of those is the garden itself. It does provide the local community with fresh vegetables [ . . . ] it’s great volunteer experience. It’s also a way to connect to other students on campus,” said Kunzman.

“It’s a great community for incoming students who may not necessarily be as entrenched in the campus life yet. And it’s a great first step to get involved.”

One of the campus gardeners, Ashley Evans, was not surprised at the occurrence of theft on campus.

“When people are hungry, they will do what needs to be done to take care of themselves. Hunger is a worldwide problem,” said Evans.

Evans said that despite occasional incidents of theft, she has enjoyed her time gardening on campus.

“Getting involved with the campus garden this year has been great. [ . . . ] You can say you worked hard to grow yourself and [learn] about new produce.

“Meeting great people this year has been the silver lining; I’ve been able to meet students that I normally wouldn’t know just because the garden has brought us together.”

Evans encourages more students to get involved with the UMSU garden.

“We need to learn more about where our food comes from,” said Evans. “After this season, my husband and I [want] to get a second plot, if available.

“The food we grew tastes way better than anything you could buy in a store.”

For more information on how to get involved with the UMSU campus garden, email Cody at garden@umsu.ca or check the group’s Facebook page “UMSU Campus Garden,” where Cody posts updates on events and volunteer opportunities.