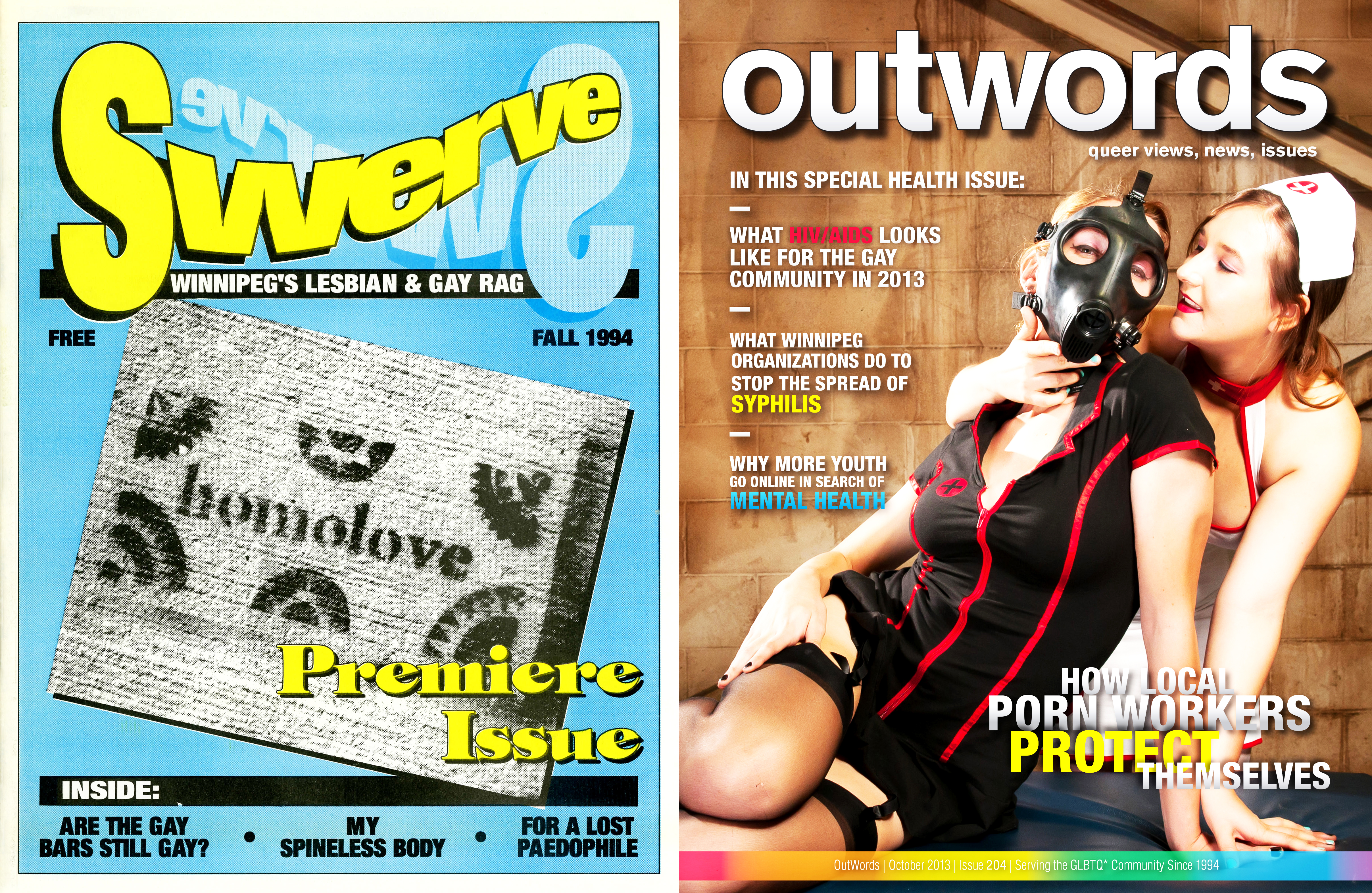 This year marks a milestone for Outwords; the magazine is celebrating 20 years of “queer views, news, and issues.” The shiny, monthly magazine has come a long way over the past 20 years, and will be celebrated next week at a birthday party at Fame Nightclub.

In the fall of 1994, a small group of men and women founded Swerve magazine (the name changed to Outwords in 2007) and printed the first issue on low-quality paper in mostly black and white. The format was a mixture between a tabloid and a newspaper.

“It was raw,” says Rachel Morgan, member of the Outwords Board of Directors. Morgan has been involved with the magazine for about eight years.

“They wanted to be able to reflect the community at the time, and if you cast your mind back to 1994, it was a time when the laws did not allow for equal marriage, and equal rights, etc; AIDS was a big deal, and discrimination was quite rampant,” says Morgan.

The original Outwords was printed every two months, though sometimes months were missed. The founding members did their best to put the issues out as often as they could, says Morgan.

“It was always a labour of love. There were volunteers who came and went [ . . . ] but somehow there were always enough people who were interested and excited about rolling up their sleeves and interviewing folks.”

In the mid-2000s, laws began to change in the favour of GLBT individuals. Equal marriage was legalized in Canada. The magazine began to focus more on success stories of individuals in the community.

Morgan says the political edge remained, but was less dominant than it was in the past.
The evolution from tabloid to glossy, colourful magazine “[reflects] the changing needs of the GLBT community,” says Morgan.

Meg Crane, senior online editor at Outwords, values the sense of community that working for the magazine has provided her.

“What I really like about working here is all the support that I get, both personally and as a journalist and as an editor,” she says. “Within Outwords it feels like a really strong community of people who support each other.”

Crane has many ideas for the future of Outwords, including an increased online presence and more multimedia pieces. In the future, the magazine will post video profiles of local GLBT organizations on their website.

The birthday party at Fame Nightclub begins at 9 p.m. on Friday, Sept. 12 and will feature stories from individuals who have been involved with Outwords over the past 20 years. There will be birthday cake, birthday gifts, and a dance party to the tunes of DJ Tracy Young. All are welcome.

“Every community, every human being, it doesn’t matter who they are, needs a sense of community,” says Morgan. “We need to be part of something.”

How to be an ally