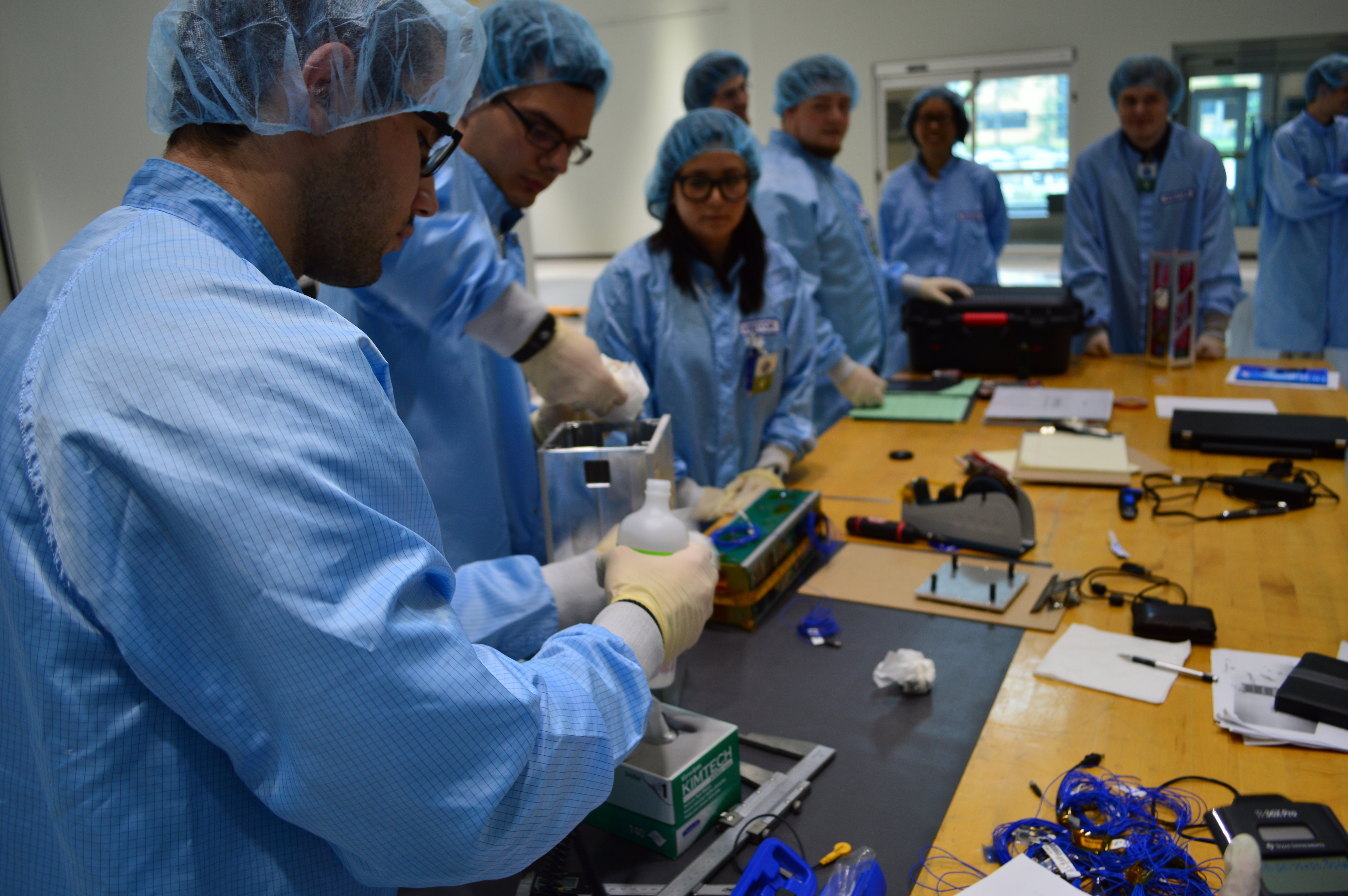 Ever dreamed about going to space? That’s exactly what members of the University of Manitoba Space Applications and Technology Society (UMSATS) are trying to do.

Undergrad and graduate students of UMSATS, which was founded in 2010 with the establishment of the Canadian Satellite Design Challenge (CSDC), have been working together to build a satellite which they plan to eventually launch into low Earth orbit.

The CSDC, managed by the Canadian Satellite Design Challenge Management Society, is a nationwide competition for university students.

Each iteration of the competition lasts two years, with the first year intended for the design phase of the satellite, and the second year for prototyping, building, and testing the final product. The conclusion of the competition occurs at the end of the two years with environmental testing at the David Florida Labs in Ottawa.

It is the CSDC’s intention to launch the first-place winner into low Earth orbit where it will operate and collect data for one year. The University of Manitoba Space Applications and Technology Society placed second in 2012 and received the UrtheCast Outreach Award for their “outstanding outreach” efforts in 2014.

While technical skills are very useful in the design and build of a satellite, other skill sets are also sought out to help UMSATS achieve its goals.

Such a complex project requires project management, a business team to fundraise and plan events, artists for logo design, as well as an outreach team to meet the competition’s requirements. This broad range of desired skills results in a diverse team environment, allowing engineering, science, business, fine arts, and education students to work together toward one goal.

The UMSATS satellite, affectionately known as “UMBUG” (University of Manitoba Biology Unimpeded by Gravity), has a scientific experiment onboard which involves tardigrades.

Tardigrades are hearty micro-animals (metazoans), which have been known to thrive in extreme climates and high radiation.

The scientific mission is to launch tardigrades in a biologically suspended state, known as cryptobiosis, into low Earth orbit, then revive them to see how they thrive.

The University of Manitoba Space Applications and Technology Society intends to use the results of this experiment to collect evidence for panspermia, the theory that life on Earth began elsewhere in the universe. This experiment is the heart of team lead Ahmad Byagowi’s lecture for the upcoming TEDxUManitoba event in November.

UMSATS’ efforts with their satellite has resulted in innovation and published papers.

While the European Space Agency has sent tardigrades into space once before, the animals remained entirely in a cryptobiotic state for the duration of the mission. If launched, the UMBUG satellite will be the first nanosatellite to carry biological cargo, and the UMSATS team the first to revive tardigrades in space.

On top of that, the team plans on genetically modifying tardigrades with proteins that will cause them to glow under UV light.

The team has designed a programmable six-layer Arduino-based motherboard to integrate all subsystems, such as the mechanical system, power system, or communications system, which come together to make the satellite work as a whole. They’ve also designed an image-processing system using mathematical models to overcome data transfer limitations.

In orbit, the satellite will pass above Winnipeg once every hour and a half but will only be in a range to communicate for up to 20 minutes at a time during each pass. This time limit means high resolution photos will not be downloaded. Instead, the satellite will send low resolution images and statistical formulas will be used to determine if the tardigrades are moving in a predictable way, such as toward food.

For this phase of the competition, the team intends on maturing their satellite design with more advanced features, such as a de-orbiting mechanism for when the satellite’s useful life span comes to an end (an environmentally friendly way to reduce space debris), and extending additional solar panels to produce more power by collected solar energy from the sun.

Working on the UMSATS team provides students with: a multi-disciplinary environment to work in, exposure to the industry, networking opportunities, and experience working on a complex long-term project.

Members of UMSATS participated in “Dream Big” last March, a week of events that featured astrophysicist Neil deGrasse Tyson in his first lecture at a Canadian university.

Members have also participated in workshops at MacDonald, Dettwiler and Associates Aero in Montreal, and were given the opportunity to visit the David Florida Lab where many of Canada’s major satellites have been tested.

Any student interested in joining UMSATS is highly encouraged to do so and can contact info@umsats.ca or stop by the weekly Systems Meetings every Thursday at 7 p.m. in EITC E3-584

Teague Sherman ready to fly with the Bombers

U of M, ICM both see enrolment increases this term