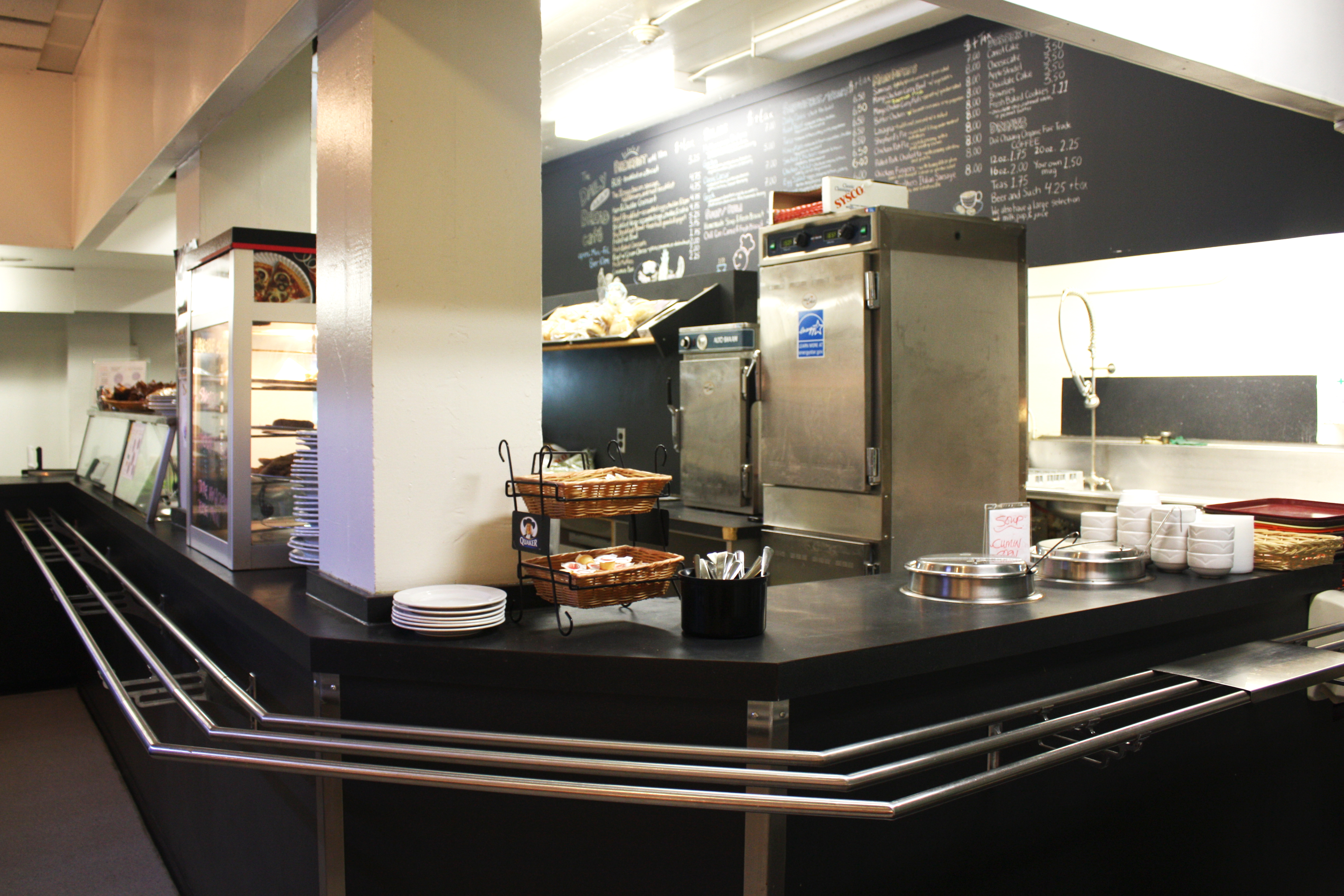 Depending on who you ask, the Daily Bread Cafe is one of the best kept secrets on campus.

Unlike other campus eateries, Daily Bread doesn’t have the advantage of being situated prominently in some of the higher traffic areas of University Centre (UC). For this reason, the hunger-pang-inducing scents wafting from its kitchen may not reach and lure students through the doors.

“The thing I hear all the time is, ‘We didn’t know you were there,’” said Ian Park, St. John’s College and Daily Bread food services manager.

Tucked away in the basement of St. John’s College, a two-minute jaunt northwest of UC, Daily Bread boasts one of the most original menus on campus and provides a great atmosphere to take in a game with friends.

On top of serving everything from pizza, veggie stir fry, mango curry chicken, and an array of breakfast options that will run you around $6 (before taxes), Daily Bread also serves pickerel, bison stew, bannock, and local beers.

“We do things that showcase who we are,” said Park.

Daily Bread’s comfy lounge is full of big screen televisions often tuned to the football or hockey games of the day. The cafe has an isolated patio area that has proven to be a popular pre-gaming destination for Winnipeg Blue Bomber home games. The patio is also enticing to the truant in all of us on those warm days when the prospect of cutting class to grab a chilled pint of Farmery or Fort Garry beer (both on tap) seems impossible to pass up.

“It’s a decent little patio, it’s secluded and people enjoy it,” said Park. “[But] that’s not really what we’re about. We’re not so much our tables and chairs.

“We serve good food at good prices consistently, we don’t close down because it’s not economically viable in the summer time as it is other times; we think it’s the right thing to do.”

Just the same, Park said the biggest thing working against the restaurant is that people just don’t know where it is.

“We’re not the university, so we’re not included in their advertisements; we’re not UMSU,” said Park. “We’re a very unique kind of place. We’re what university eateries used to be.”

Both Daily Bread and Degrees are trying to help the environment by experimenting with a new system of reusable takeout containers called tiffins.

“We sell a refillable stainless steel container, and encourage customers to bring that container back, clean or dirty, and receive their new meal in a fresh, clean container,” said Park.

Park hopes the new containers will help reduce the cafe’s, and by extension the university’s, Styrofoam usage.

Daily Bread offers good food at an affordable price, so the popularity of the tiffin project and the continued success of the cafe are simply a matter of more students becoming more frequent customers and, as Park said, “letting people know we’re here.”

Lecture reflects on legacy of the Ebola crisis