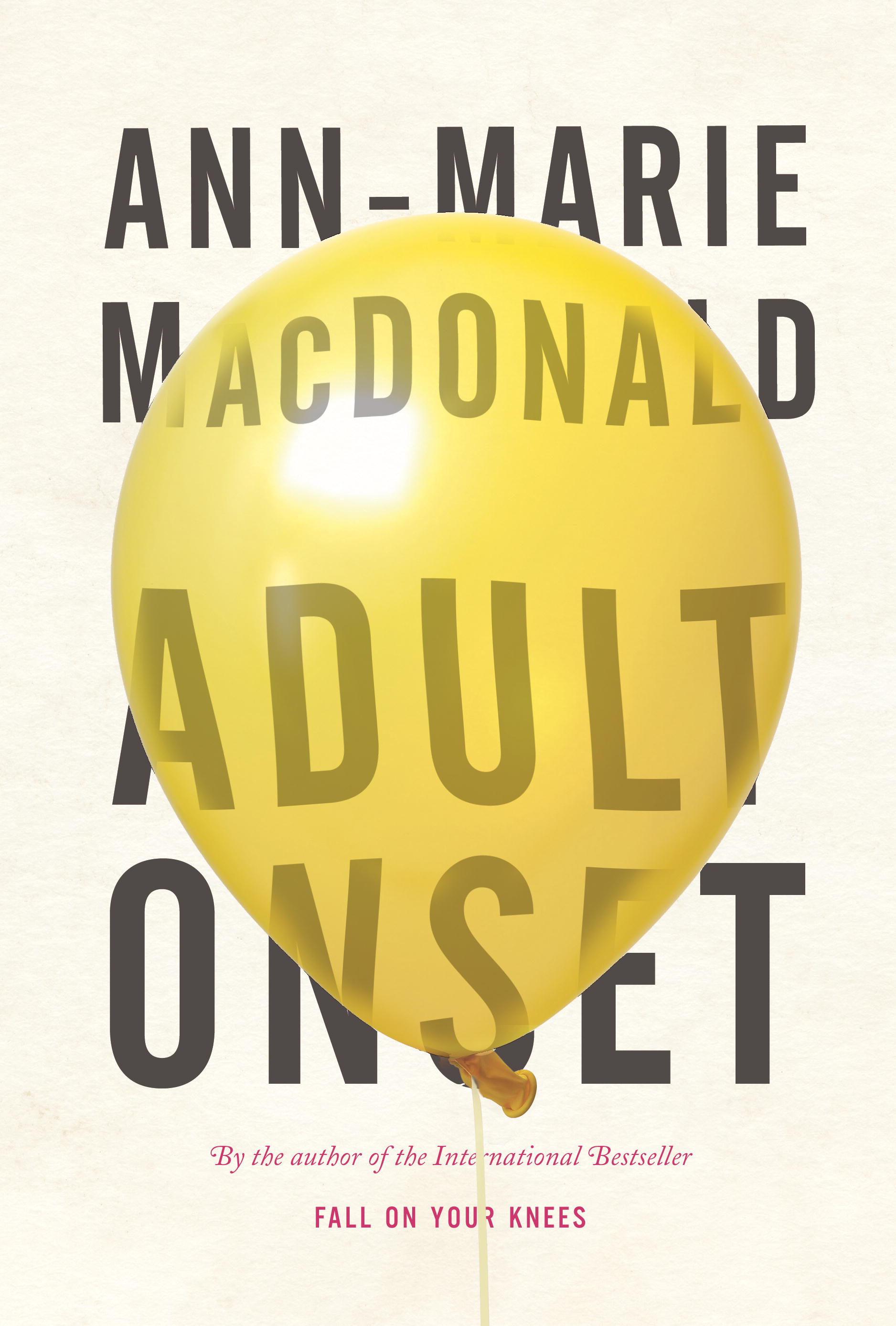 Adult Onset is Toronto writer and actor Ann-Marie MacDonald’s first book in 11 years. Her previous works include the play Goodnight Desdemona (Good Morning Juliet) and the novels Fall on Your Knees and The Way the Crow Flies.

Art imitates life in Adult Onset: protagonist Mary Rose is a successful young adult novelist, and her younger wife Hilary is a theatre director, the same profession as MacDonald’s partner; both the real-life and fictional couples have two children.

Mary Rose lives in Toronto, but moved around a lot in childhood, which was “like growing up in the witness protection programme without changing your name.” Mary Rose’s mother, Dolly, has trouble with her memory, and often refers to her “lost babies” (siblings who died at a young age or as fetuses) as though they are a joke. Mary Rose is, confusingly for the characters, named after her dead sister.

Dolly’s spotty memory and strange sense of humour/coping mechanism, which her three children inevitably adopted, is exemplified in this passage: “Each night in her prayers: ‘God bless Mum and Dad and Maureen and Other Mary Rose and Alexander-Who-Died and Andy-Patrick and the other Others…’ The latter were the souls of her would-have-been siblings. They accounted for Dolly’s frequent, ‘There would have been seven of you kids, not three. Or wait now, you might have been eight.’”

With chapters titled after the days of the week, the novel chronicles a week in Mary Rose’s life—caring for their young children Matthew and Maggie, and their dog Daisy—while Hilary is out of town. The reader is brought into 48-year-old Mary Rose’s present state of affairs, which includes memory problems, rage, a lost grip on reality, depression, and a desire to remember key moments of her childhood. She is also still having trouble accepting the fact that her parents momentarily disowned her when they first found out she was a lesbian.

Adult Onset takes place in present day, but provides flashbacks to fragments of Mary Rose’s mother’s pregnancies, miscarriages, and post-birth illness – likely postpartum depression. It also flashes to moments in Mary Rose’s youth, namely her two bouts with painful bone cysts and subsequent surgeries. The novel also includes text from Mary Rose’s fantasy novels, which appear to be more about her own life than she may have at first realized.

With only a few paragraph spaces as an indication, Adult Onset jumps from different moments in time, and it’s difficult to immediately decipher which is the present moment and which is a year, or 20, from now. However, this technique of employing vague time jumps further gives the reader a sense of Mary Rose’s increasingly discombobulated mental state.

MacDonald manages to produce slightly comical moments in this darker novel, and the language is quick and witty, primarily demonstrated through Mary Rose’s thoughts. “She felt sheepish; there was nothing wrong with her. Paging Dr. Freud!”

The monotony of Mary Rose’s daily household actions and motherly duties induces a sense of weariness in the reader, which signifies Mary Rose’s overwhelmed state; Mary Rose even ponders if she should ask their nanny to take care of her as well. Near the end of the novel, when Mary Rose’s condition worsens, words are repeated and stuck together – another way to connect the reader to the character.

The Winnipeg launch of Adult Onset takes place on Monday, Oct. 6 at 7 p.m. at McNally Robinson. The event features a reading, book signing, and a conversation with McNally book club host Joanne Kelly.