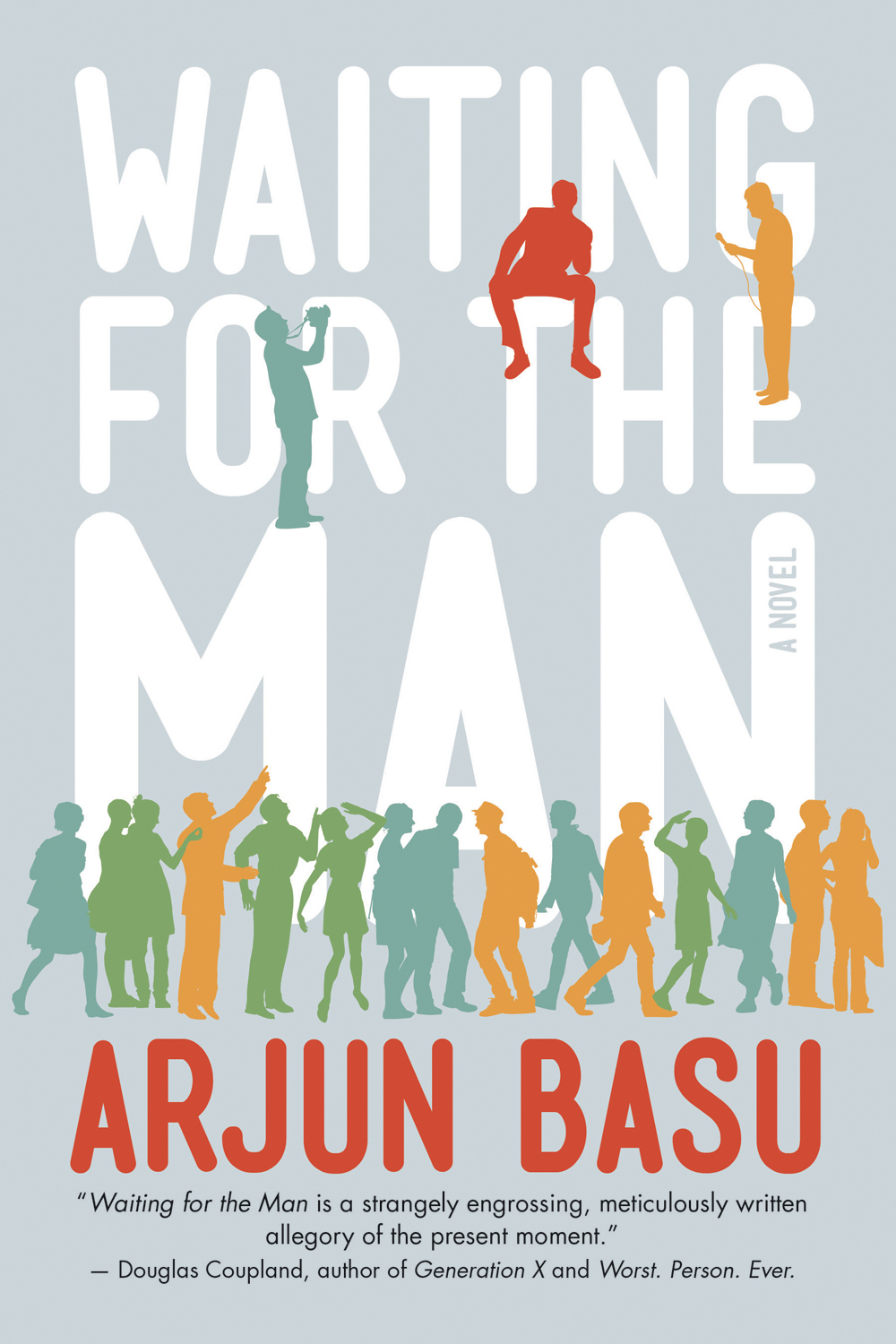 Joe is a 30-something New Yorker searching for meaning in his life beyond the falsity of his copywriting career. So much so that when he envisions a man that no one else can see, a man that sits around and, once in a while, tells him what to do, Joe decides to sit on a set of steps and wait for the man to direct him. There’s also camera crews documenting his every move; people dig this stuff.

Of course, it’s an allegory – for instant celebrity and the entertainment of today. Joe ends up travelling west across the country courtesy of his growing media following and at the word of the man. Partway through his journey he picks up a Japanese hitchhiker wanting to see America, who consequently becomes famous in both of their countries.

Joe ends up in Montana, at first working in the kitchen of a dude ranch (a luxurious nature getaway) and eventually moving up to advertising – a field, ironically, he had run away from.

The chapters in the novel alternate between the time in which he is waiting, and the future in which he has presumably found what he’d been looking for – leading up to what the reader can only hope is some sort of epiphany after the theatrics.

Waiting for the Man, by Montreal writer Arjun Basu, is a spot-on allegory focusing on advertising and reality television – fitting from an author who writes 140-character stories on Twitter.

The product placement throughout the novel is apt, and in this passage, Joe reaches at the emptiness of working in advertising:

Waiting for the Man soon becomes pretentious, as the narrator’s questions don’t stop. The entitled protagonist’s inner existential thoughts are incessantly provided, and he is an asshole to basically every other character, especially Dan, the journalist/makeshift PR person footing Joe’s expenses and finding him sponsors.

Still, Waiting for the Man had this reviewer glued to the page. The premise is so preposterous that it’s entertaining. Basu has tweeted against claims that the plot is unrealistic, citing an example of the public following a story of a woman who walked across the U.S. in two months this summer.

Waiting for the Man is an important look at the current state of media and our relation to it. The novel is captivating, regardless of its pretension.

Arjun Basu will be reading and speaking at Thin Air: Winnipeg International Writers Festival on Sept. 22 at 11 a.m. at Red River College and 7:30 p.m. at MTYP.