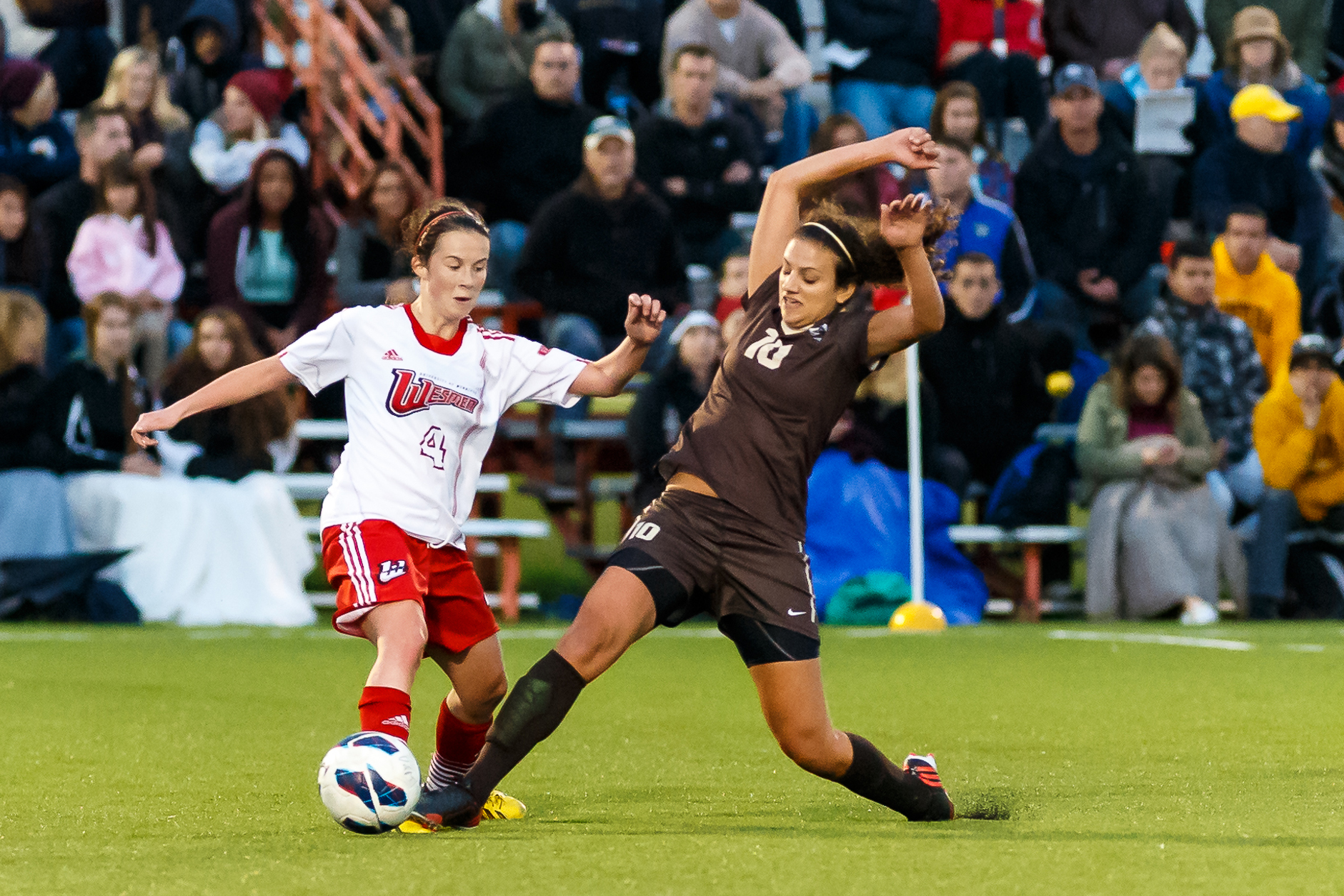 The University of Manitoba Bison women’s soccer team played host to the Winnipeg Wesmen this weekend in the first Duckworth Challenge event of the year.

Last year, Manitoba dominated the Wesmen, winning every Duckworth Challenge between the two city rivals in all varsity sports. On Saturday the Bisons kept the streak against Winnipeg alive with a well-earned 2-0 shutout.

Coach Vanessa Martinez-Lagunas was enthusiastic about the improved play of her team.

“We worked really hard this week preparing for this game [. . .] especially since our last game against Saskatchewan,” said Martinez-Lagunas.

“We got scored on by two corner kicks that game. We are a lot stronger in that aspect. We also worked a lot on ball possession, combination play, and our finishing,”

The Bisons poured the pressure on early and often. Rookie forwards Bruna Mavignier and Camille Plett continue to cause problems for opponents with their chemistry on the attack.

In the early stages of the game, Mavignier weaved through the Wesmen defence and found an open Plett for a great strike that beat the goaltender but sailed just high of the cross bar, narrowly missing out on a chance to put the Bisons ahead.

Manitoba dictated the pace for most of the first half, but was unable to find the back of the net, as the two teams went into the break scoreless.

The crowd was sent into a frenzy in the second half by a flash of speed and skill from forward Selina Speranza, who outpaced the Wesmen defence down the wing and buried a shot low to open scoring in the 50th minute.

Deja vu struck moments later when Speranza’s speed beat the Wesmen down the same wing and forced the Wesmen goaltender into a bumbling save.

In her first game, forward Jasmine Flett put the Wesmen away late in the second with a highlight reel goal. The crowd was brought to their feet after Flett maneuvered past a Wesmen defenceman, dodged a sprawling goaltender, and hauledin a wayward ball to bury a strike in an open net.

Youth and energy continues to be the story for the Bisons as they improve to 2-1, with contributions on the score sheet from a rookie in each game. The energy and skill brought by the young Bison players has had a significant impact on the competition level for this squad.

“Players that came from the bench made the difference,” Martinez-Lagunas said on the contributions from Speranza and Plett. “That shows that the competition level on our team is really high.”

The Bisons take to the road for the next two weeks, as they continue their push for playoffs. First up is Grant MacEwan in Edmonton on Sunday, Sept. 21 at 1 p.m.