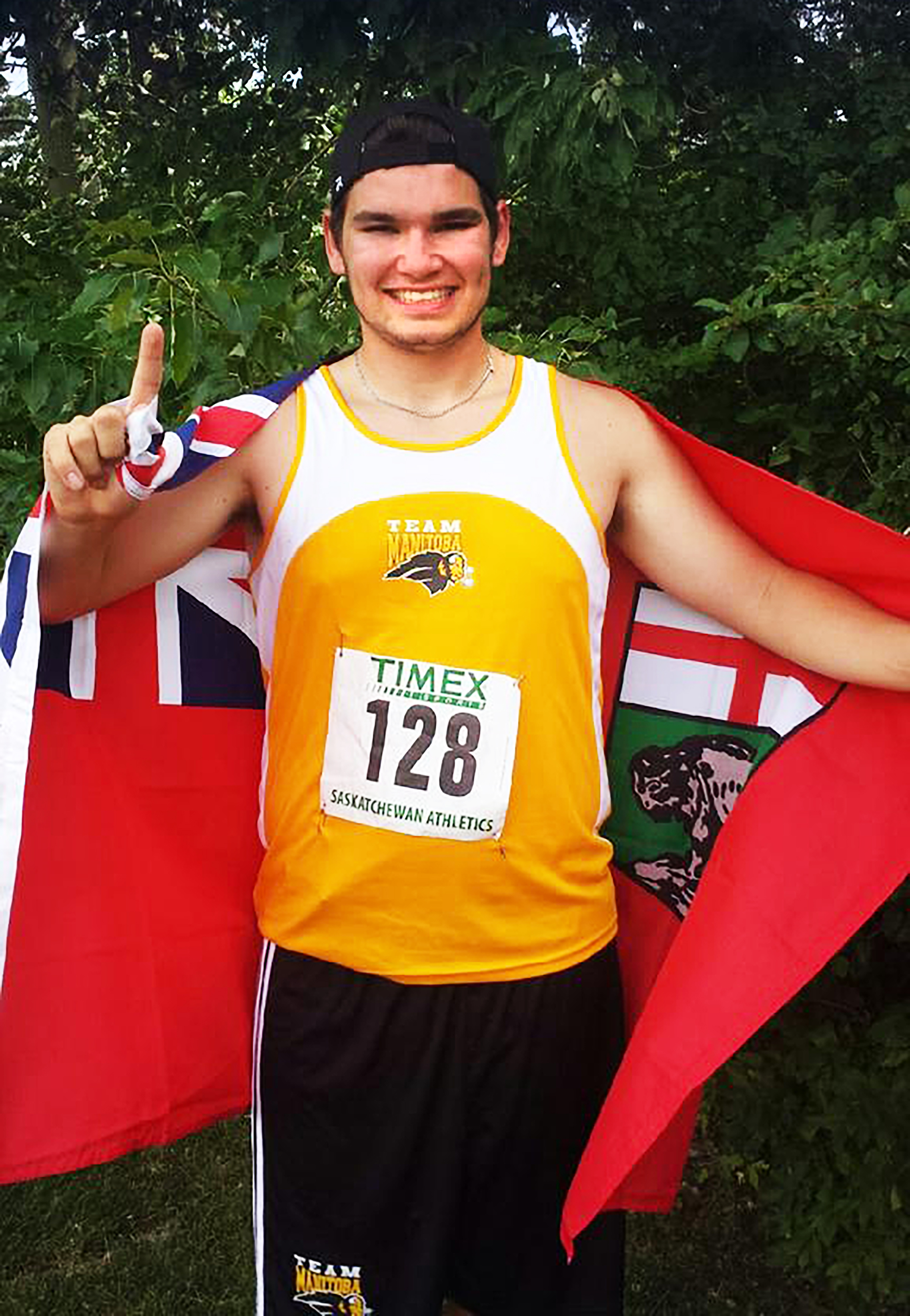 Carter Wilson has travelled a long way to get where he is today.

Originally born in Peguis First Nation, he lived most of his adolescent life in Fisher Branch, Manitoba – roughly two hours away from Winnipeg.

Growing up, he didn’t put very much emphasis on track and field – and didn’t actually become involved in the sport until grade nine at West Kildonan Collegiate, thanks largely in part to his older brother, who excelled in high jump.

“I wasn’t very good at the start; I didn’t even make it to provincials. Then, my second year, I got third at provincials.”

After a strong progression throughout high school in both javelin and shot-put, Wilson chose to attend the University of Manitoba in the fall of 2013. He trained with the U of M team leading into the school year. He gained national ranking (15th) in javelin for the first time that July, after a throw of 52.79 metres at the Canada West Challenge in Calgary.

His performance continued to grow from there, as this past May, he leaped up to seventh nationally, after a third place showing at the Canadian Junior Track and Field Championships in Sainte-Therese, Quebec. At that event, he threw a personal best of 53.17 metres.

Wilson continued to ride his momentum, blowing the competition away in javelin at the 2014 North American Indigenous Games in Regina, which took place in July. He took home the gold medal for Manitoba in both javelin and shot-put.

The 18-year-old described himself as a speed thrower in shot-put, and a power thrower in javelin.

“I’m really fast in the circle compared to other, bigger guys at shot-put,” said Wilson.

“When it comes to javelin, they’re two completely opposite sides of the spectrum. You’re built more like a sprinter rather than a thrower.”

The games featured indigenous athletes from both Canada and the United States, including Wisconsin and New York, which was a new experience for Wilson.

“[The North American Indigenous Games] was the first time I had competed nationally against teams in the States. It was a very cool experience,” Wilson said.

While the Indigenous Games were a much smaller venue, with far less crowd support, Wilson appreciated being able to return to his roots and train with other indigenous athletes.

“Just meeting more Native people was a big take-away. One day, we had this big round dance. Some guy just came into the middle of the two residences, and started playing drums and singing,” said Wilson.

“Everybody was native, and so no one disliked the culture or anything. It was so inclusive.”