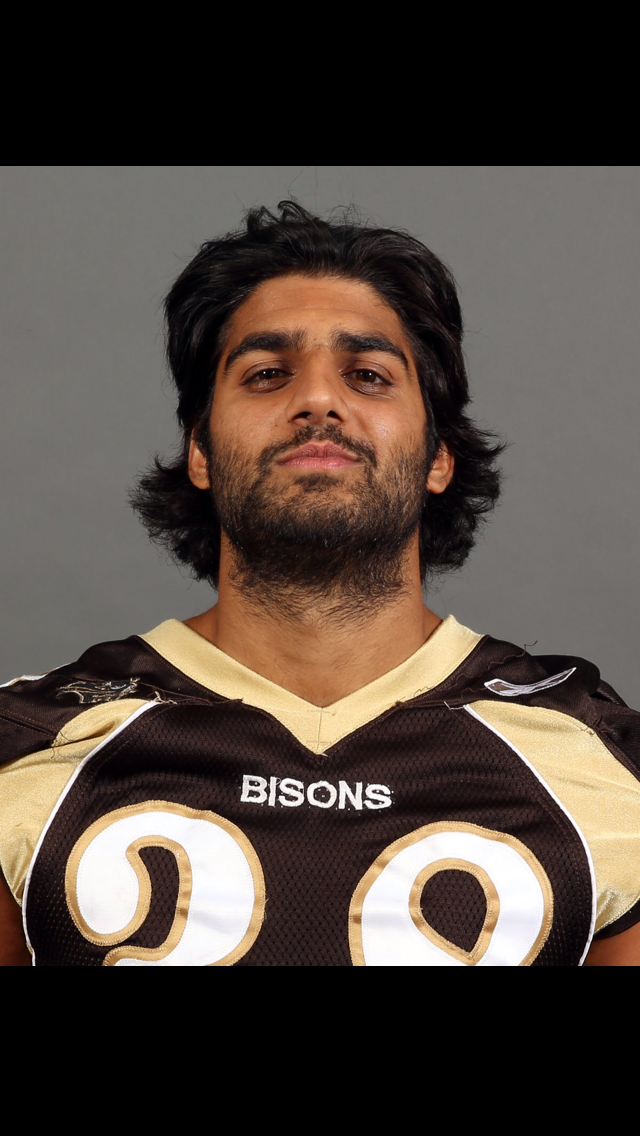 Former Bison football captain Ranji Atwall has tested positive for anabolic steroids, according to the Canadian Centre for Ethics in Sport (Photo courtesy of Bison Sports)

For the first time in over a decade, and just the second time in the program’s history, a Manitoba Bison athlete has tested positive for performance-enhancing drugs.

Ranji Atwall—former two-time British Columbia Football Conference national champion, as well as a starter at defensive end in 2012 and captain in 2013 for Manitoba—has tested positive for oxandrolone, a prohibited anabolic agent.

The infraction occurred while Atwall was taking part in the Edmonton regional CFL combine on March 17, 2014.

This is not Atwall’s first offence, as he previously tested positive for cannabis while playing in the BCFC with the Vancouver Island Raiders in 2011.

University of Manitoba athletic director Coleen Dufresne thoroughly described the process all athletes go through to hopefully prevent an infraction from occurring.

“We educate our athletes every year,” said Dufresene. “They go through an online drug education seminar; we have coaches speak to them. Our assistant athletic director in the initial meetings goes through all of that as well.

“We really truly believe that it’s in the athlete’s best interest—and the interest of the university and the program that they’re in—for us to compete cleanly, and we emphasize our desire for them to do so.”

Dufresne said she hopes the incident will serve as a teachable moment for other young athletes.

“I just think it’s very unfortunate, and if anything good can come of this, it would be that other student athletes will see what happens when an athlete makes a poor decision,” said Dufresne.

Dufresne noted head coach Brian Dobie would be meeting with players from the football team later on in the day Thursday to discuss the matter further.

This story will be updated as more information becomes available.