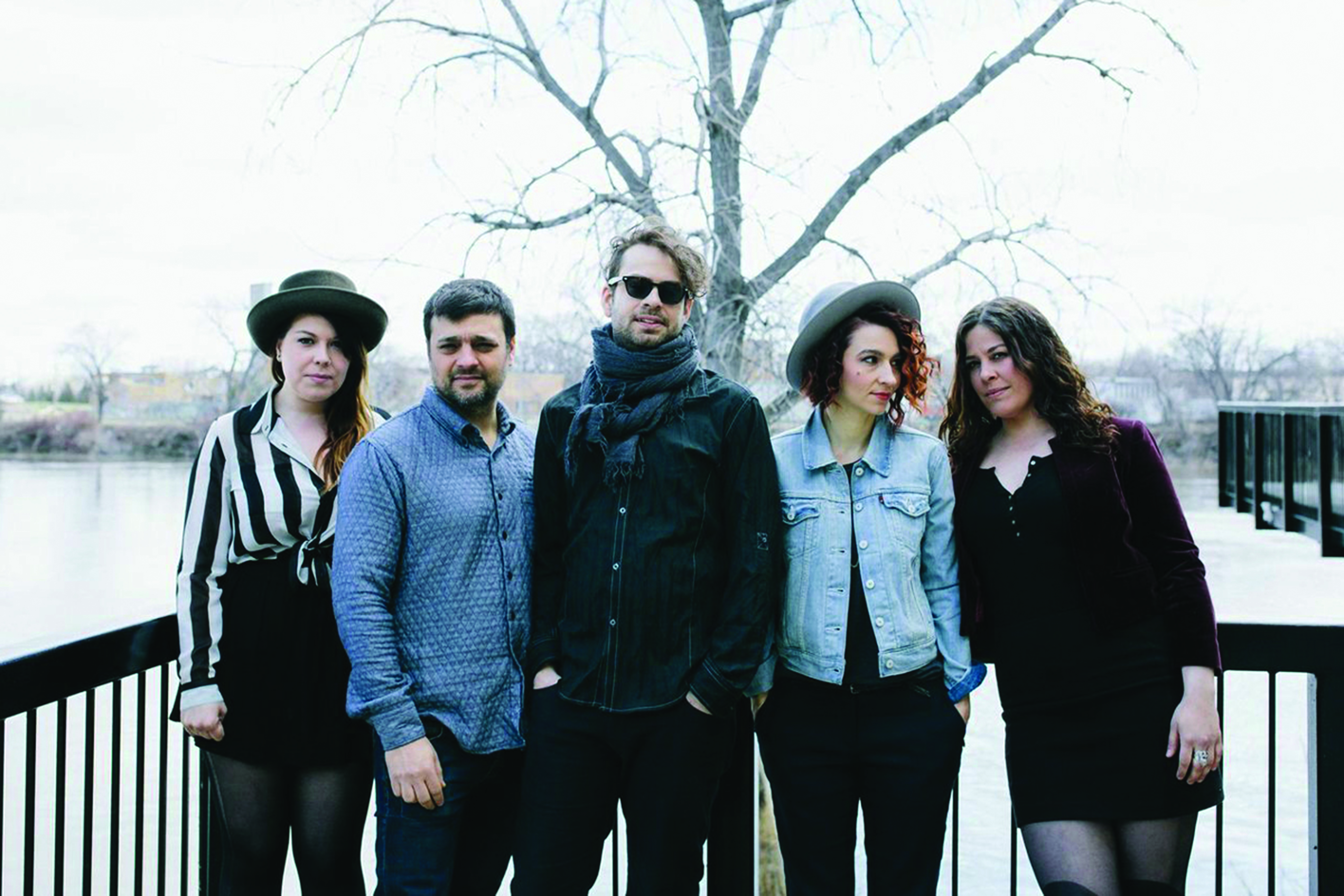 While some bands have difficulty sustaining one good singer in their group, Winnipeg’s own Chic Gamine has made dynamic multi-vocal arrangements a seamless, yet integral, part of their sound.

The five-piece group consisting of Andrina Turenne, Alexa Dirks, Annick Bremault, Sacha Daoud, and Benoit Morier has been able to blend aspects of old-school R&B and Motown rhythms with an added pop sensibility to create modern and concise songs.

Formed in 2007, Chic Gamine were quick to success, earning a Juno for Roots Album of the Year for their 2009 self-titled debut album, and nominated in the same category for their 2011 album City City.

While earlier this year the band saw the departure of founding member Ariane Jean, with the inclusion of Benoit Morier to their lineup the members of Chic Gamine have continued to evolve as a five-piece.

With an album release later this year, Chic Gamine is eager to share the new look and sound for the band.
“[Listeners] can expect more cohesion, more instrumentation, and more emotion,” says Dirks in regards to the 2014 release. “This next album is so, so close to us and we are working really hard to make it our best one yet. We can’t wait to share.”

“[The Folk Festival has] been such a big part of each of our lives in so many different ways. I think most of all this year we feel really humbled to be gracing the Main Stage for the first time. We’ve seen so many of our idols play on that stage so it’s a huge honour that we now get to play it ourselves,” says Dirks.

While this is not the first time the band has performed at the festival, it is the first time Chic Gamine will be sharing their updated sound and live performance with the Folk Fest crowd.

“The voices, the harmonies, and the drums are at the heart of what we do, but I think people will be surprised to see how much our soundscape has changed since the last time we were at the festival,” says Dirks.

“We didn’t have as much instrumentation then and having that now has really given our show a totally different and exciting new life.”

ACTRA: Diversity is our Strength