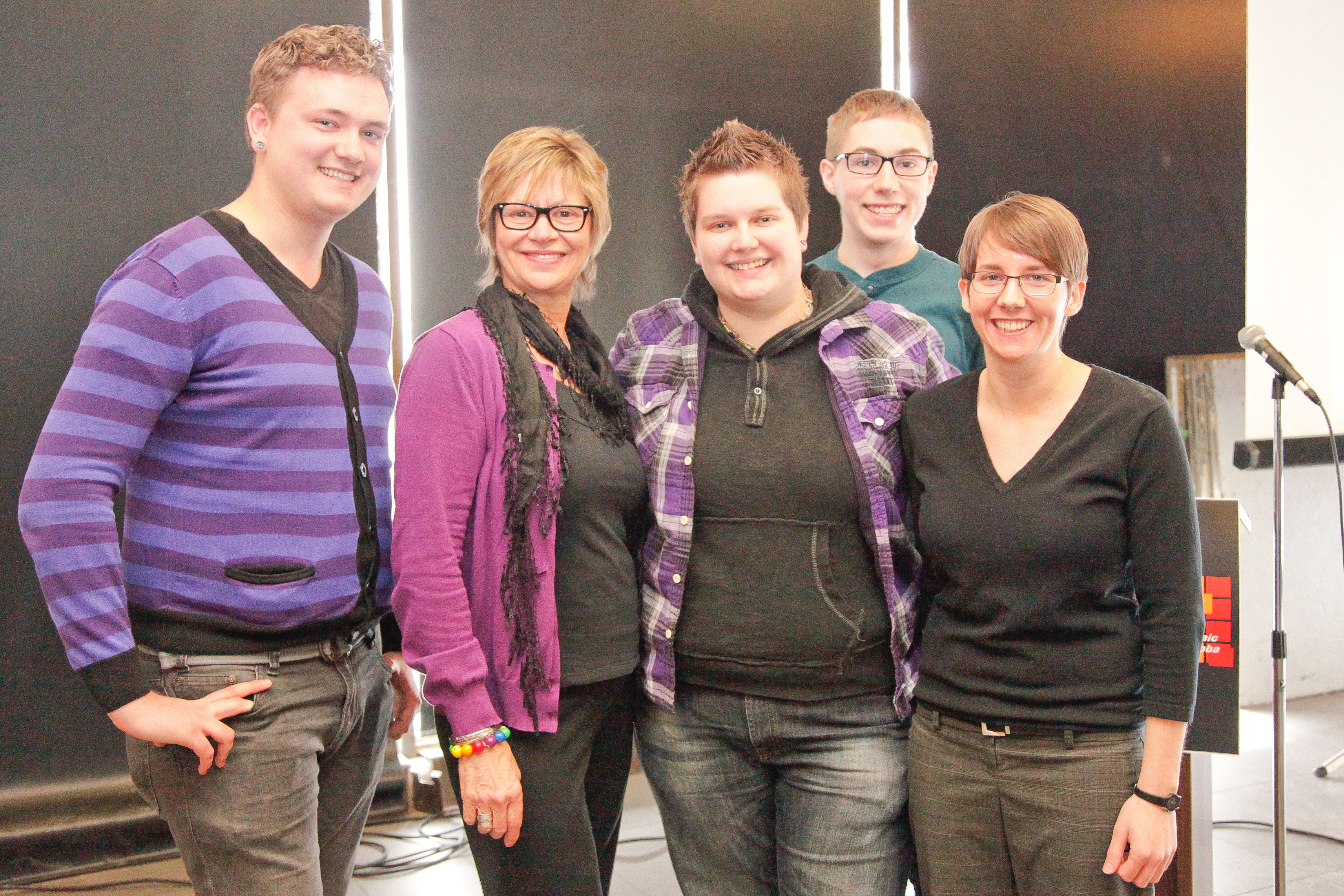 On Sept. 13 of last year, the provincial government ratified anti-bullying legislation with the passage of Bill 18 – The Public Schools Amendment Act (Safe and Inclusive Schools). Allan spearheaded the passage of the bill, and shared her experiences at the U of M in a keynote speech.

“It was a long struggle from start to finish. But it was something I felt really strongly about. If young people aren’t safe in school and don’t feel accepted, they cannot learn. It was something we had to address.”

The legislation was contentious to some because it required schools to accommodate students who wanted to start anti-bullying clubs, including the formation and promotion of gay-straight alliances.

Some Manitobans opposed the bill, arguing that these clubs would oppose their religious beliefs, and that requiring schools to allow such clubs would infringe on religious freedom.

Allan said the death of Amanda Todd sparked a conversation within Allan’s office. Todd committed suicide in October of 2012 after being bullied online and at school.

“We started to talk about it in my office, and I said to my staff, ‘I think we need to have a response to this provincially’ [ . . . ] we need to be there to support young people; regardless of who they are, we need to support them.”

Allan introduced the bill in the fall of 2012. Over the next year, a protracted battle developed between supporters and opponents of the legislation.

One of the most visible proponents to emerge in the debate was Evan Wiens, a high school student from Steinbach Regional Secondary School.

Wiens was barred from advertising a gay-straight alliance group he started at his school. The group has since been allowed to advertise their presence.

Danny Enright, a U of M student from Steinbach and a close friend of Wiens’, was present in the audience on Wednesday.

“I think this has had an impact at my old high school; the attitudes have gotten better. Some people would always tear down the posters, and I heard [that] at the beginning of this most recent school year, people actually got suspended temporarily when they were caught.”

Opposition stemmed strongly from the Southland Community Church in Steinbach, where the pastor, Ray Duerksen, called Bill 18 “the biggest challenge the Canadian church has ever faced.”

During the public hearings stage of the legislative process, MLAs heard from 260 speakers.