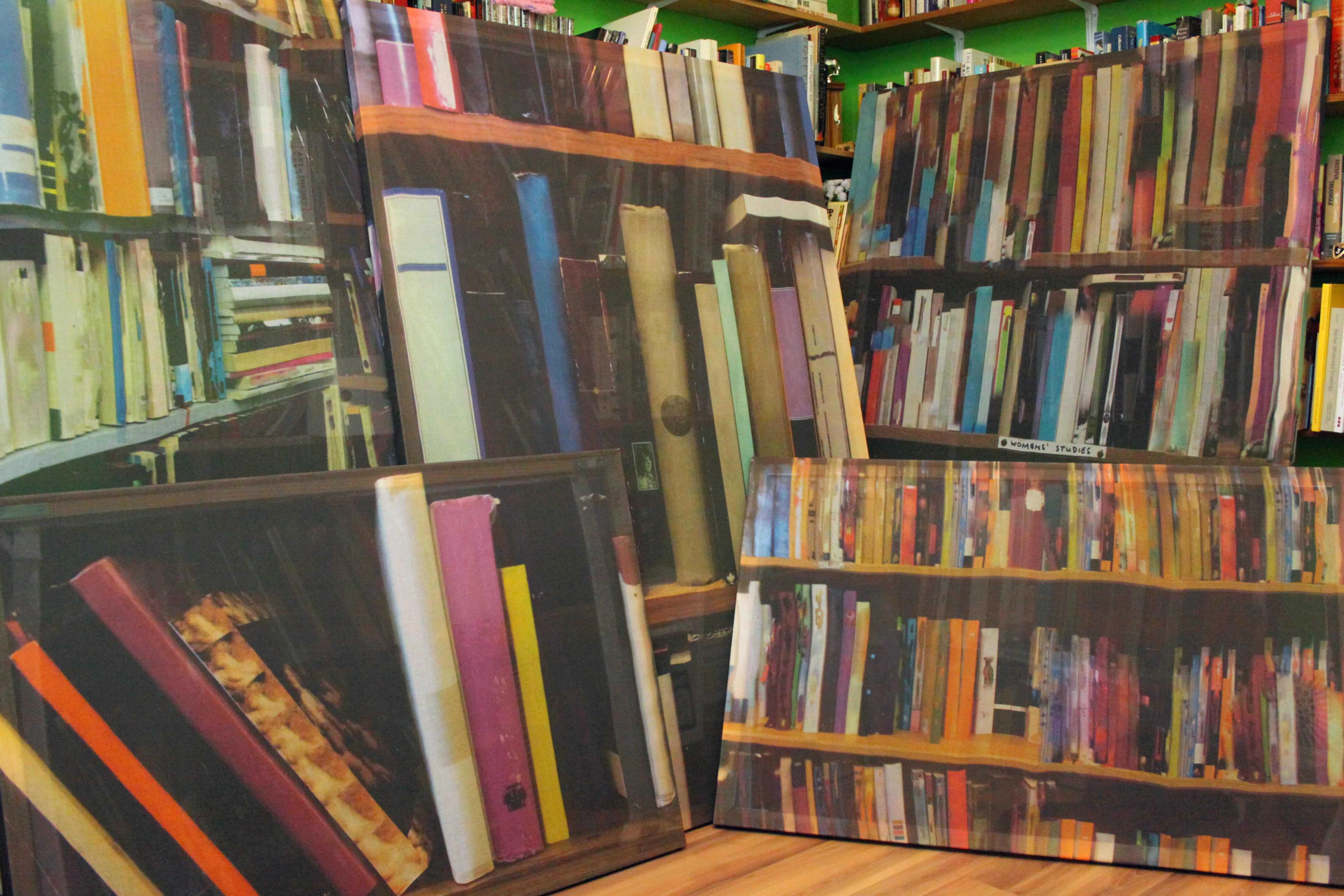 Near the intersection of River Avenue and Osborne Street, on the west side of Osborne, once was a feminist bookstore.

It has been 20 years since that shop, Bold Print, closed.

Today, a group of Winnipeg-based artists is reminding the public that while feminist and queer bookstores, and small bookstores in general, are not prevalent on our streets, memories of them are.

You cannot walk around Winnipeg long enough to find a queer/feminist bookstore. If you pass the time online, however, you will be rewarded.

Steven Leyden Cochrane, alongside local writer Roewan Crowe, has started Ghost Launch: an interactive, online focal point for memories of these vanished literary locales. The project is connected to My Monument, an exhibition currently on at Gallery 1C03 at the University of Winnipeg.

The exhibition grew out of the recent book Quivering Land, a queer western written by Crowe with images by Paul Robles.

“Roewan was still working on Quivering Land early last year when she put out an informal request for help developing a website for the book/exhibition, which I responded to,” says Cochrane.

“When we first met to discuss the web project, which eventually became Ghost Launch, she already had the sense that she wanted its focus to extend beyond her and Paul’s collaboration on the book and was already considering ways to engage with the history/memory of vanished queer and women’s bookstores.”

Cochrane, who completed his MFA at the University of Windsor in 2009, is also a sessional fine arts instructor at the University of Manitoba, and a weekly freelance columnist at the Winnipeg Free Press. He explains that his academic research and art practice are related to Ghost Launch. “[They] concerned a particular set of strategies employed by artists of colour, queer, and women artists working since the 60s.”

“In the course of researching vanished women’s bookstores in Canada, I ended up searching for their former locations on Google Street View, and those images became the anchor for the website and my installation at 1C03,” says Cochrane.

“Instead of focusing on the sites themselves, which have all changed hands or been rebuilt, I decided to try and approximate the view from inside each of [the] dozen or so stores I was able to locate.”

“That became the header for the website, and the project solidified around the idea of ‘restocking’ or ‘reoccupying’ those sites – with artifacts, ephemera, etc., personal recollections, as well as new and speculative work that either respond to the idea/memory of the bookstores and works that might have found a platform at the bookstores, if they still existed,” says Cochrane.

“In addition to serving as a repository for written/oral history, ephemera, etc., the hope is that, over the next year or so, it will be a platform for writers and artists to virtually launch works that might have otherwise found a home at feminist/queer bookstores. If additional [in real life] ‘Ghost Launches’ like Saturday’s event end up taking place at the sites of other vanished bookstores, the site would serve as a place to record and document those as well.”

The group has already received various works and is still accepting submissions.

“We’ve gotten personal artifacts and ephemera, written accounts, personal narratives, and one poem. We’ve also received artist projects responding to other vanished queer spaces and the intersection of feminism and the written word.”

My Monument runs until April 5. Ghost Launch will continue accepting submissions of personal accounts, historical ephemera, writing, and more throughout the year. Go to www.ghostlaunch.ca for more details.