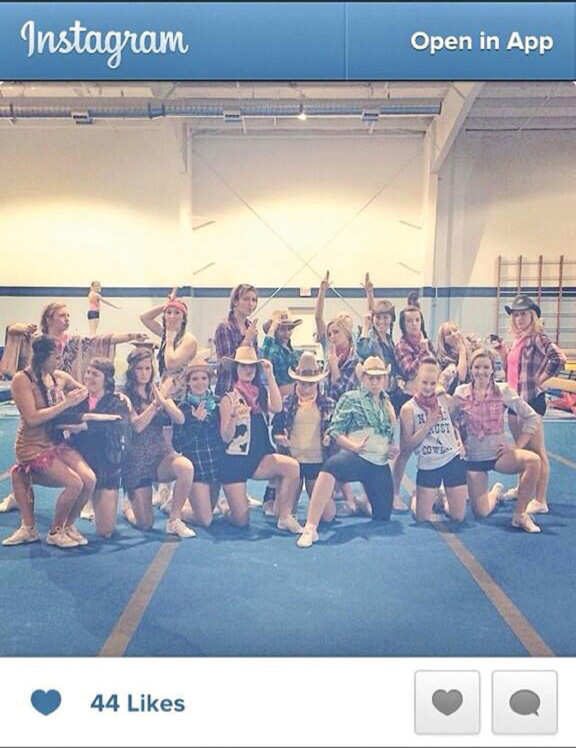 The images of the University of Regina cheerleaders dressed up as cowboys and Indians were ignorant and tasteless. Equally as appalling were the comments of their supporters. From “No apology to cowboys?,” to “It seems that you can’t say or do anything these days that is not politically correct,” or “It was harmless fun,” the online comment section of the Toronto Sun’s coverage is full of irredeemably racist sentiments.

The cheerleaders later apologized and tweeted, “Our last intention was to disrespect anyone.” The team’s coaches and members will be meeting with the executive lead on indigenization at the university. They will also be receiving cultural sensitivity training and may be subject to further disciplinary action.

But how is it that this even happened in the first place?

Along with erasing them, it dehumanizes them. “Indian” costumes ignore the diversity of people from multiple and varied cultures, and reduce them to a handful of stereotypical images. It transforms indigenous peoples into one-dimensional, fictional characters.

Indigenous peoples have actively been trying to fight these misrepresentations for over a century. For as long as there has been an Indian policy in Canada, the government has systematically tried to assimilate, erase, and marginalize indigenous peoples, while ignoring their sovereignty and their right to lands. By dressing up in an “Indian” costume, the wearer does exactly what the colonizers did: they take, use, and control without even the slightest consideration toward the peoples.

Ceremonial regalia and handmade clothing with elaborate beadwork are beautiful pieces that require an incredible amount of skill to produce, and often have deep spiritual or personal significance. Cheap replicas are just that. Hipster headdresses and costume shop representations of indigenous clothing are a dishonour to the craftsmanship of indigenous artists and craftspeople, and disrespectful to indigenous culture and spirituality.

Cultural appropriation is a symptom of much deeper issues. Dressing up like an “Indian” for fun is a way of asserting power over indigenous peoples. Using indigenous cultural expressions for our own self-expression, regardless of how hurtful and insulting that may be, is a practice of taking, oppressing, and exploiting indigenous peoples; it is another form of colonization.

By claiming ignorance we are really saying that we, in our position of privilege, are not willing to confront this issue. Wilfully ignoring the practice of cultural appropriation, and judging these concerns as illegitimate, only reinforces the prevailing harmful stereotypes. We must educate ourselves, understand the historical and political climate in our country, and, if we really mean no disrespect, do what is necessary to stop the injustices.