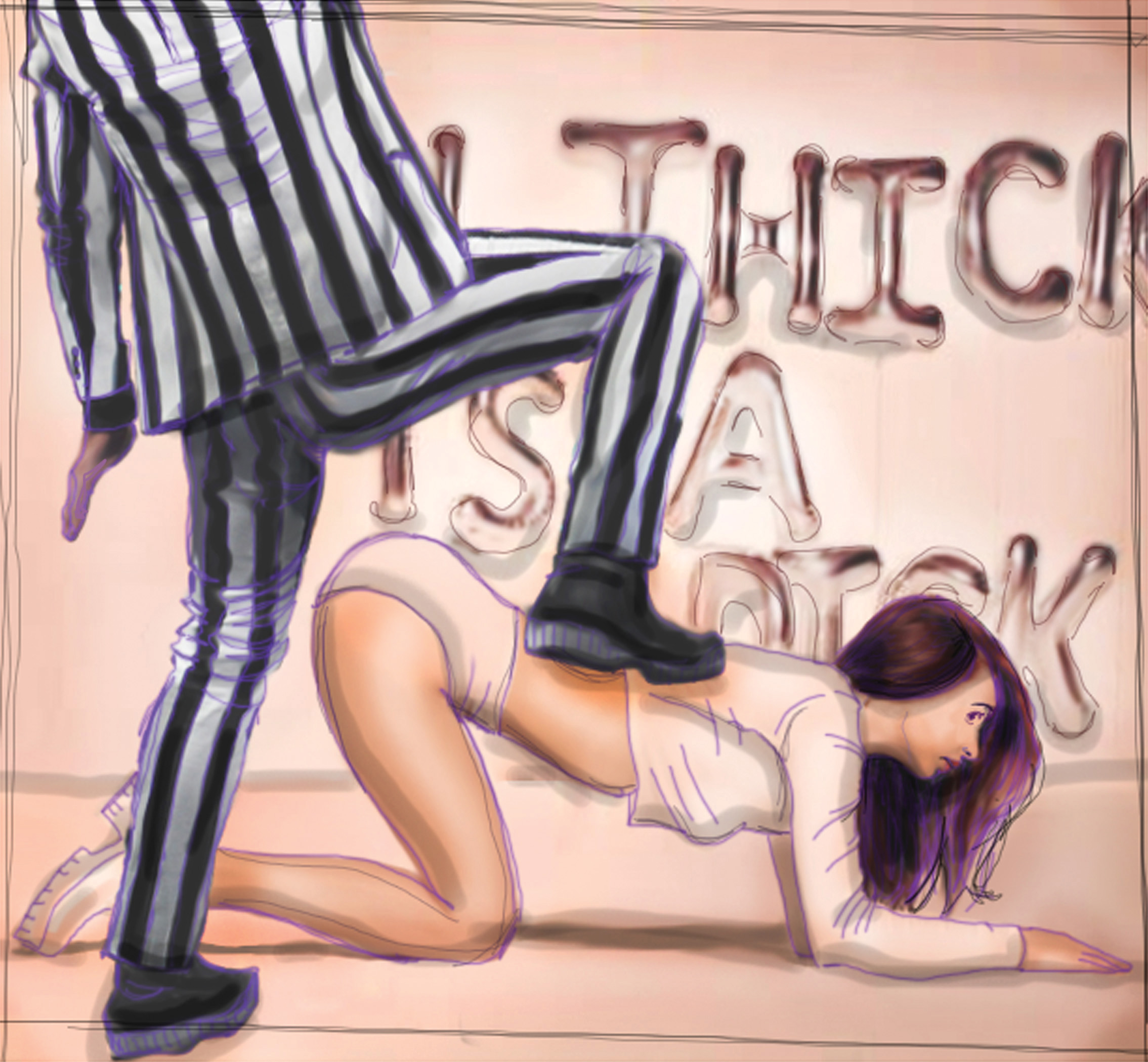 “I’ll give you something big enough to tear your ass in two.”
That is a line from one of the most controversial and popular songs of 2013. Who is the man who wrote the song? He is a performer, a father, and as of recently, a two-year Juno nominee.

Since its release in 2013, Robin Thicke’s hit song “Blurred Lines” has triggered a firestorm of criticism for its lyrics and video, which seem to insinuate rape. It is hard to tell which lyrics are the most controversial, but when the words “what you don’t like work” emerge, the lines become not so blurry in regards to the song’s implications.

In an interview with GQ Magazine, Thicke was asked if he thought his chart-topping song was degrading to women. Thicke jokingly boasted about the fun he had writing the disrespectful song, saying, “Of course it is. What a pleasure it is to degrade a woman. I’ve never gotten to do that before. I’ve always respected women.”

The interviewer passed the whole thing off as a joke – the song, Thicke’s comments, and everything in between. One of the easiest ways to dodge accountability is through humour.

The entire GQ interview was one nightmare comment after the other. Thicke went on to talk about how wonderful he is to women. “We’re the perfect guys to make fun of this,” he added. “All three of us are married with children.”

Still, the joke is lost on me. Was the music industry waiting for the “perfect guys” to make fun of women, act misogynistic, or make light of rape? Mainstream music is littered with objectification and sexism. The only thing I’ve been waiting for is the expiry of music that thrives on such damaging content. I’m just waiting for all of it to get old.

With three Juno nominations and an upcoming Juno performance on the horizon for Thicke, it seems this “joke” is never getting old. I am not generalizing the Juno Awards as the voice of Canada, but I cannot help but think that these nominations put a little stamp of Canadian approval on Thicke’s controversial song.

The blame for promoting a culture that thinks the way women dress and act is an open invitation for sex—“Can’t let it get past me [ . . . ] The way you grab me / must wanna get nasty”—cannot be placed entirely on Thicke and the others involved in writing the song. After all, it made it to number one on the charts somehow.

The recent Juno nominations only further support Thicke’s decision to put out a song like “Blurred Lines” and tacitly encourages others to produce similar content in the future. I’m not suggesting that every lyric in a Top 40 song be overanalyzed; I’m only suggesting that dangerous material should not be celebrated.

It cannot go unmentioned that the disapproval of Thicke’s hit has been widespread and strong, which is encouraging despite the song’s success. In June, CBC Music ran an article on their website with the title, “Misogyny Makes a Comeback,” running an image of Thicke as a banner. When I read the article, I was relieved to see CBC’s music site emerging with strong opposition to the song’s viral success.

With the recent Juno nominations, I’m feeling slightly less optimistic. Sex sells, this I know, but until I saw the fast success of “Blurred Lines,” followed by Thicke’s rapid rise to A-list fame, I wasn’t fully prepared to admit to myself that rape sells, too.