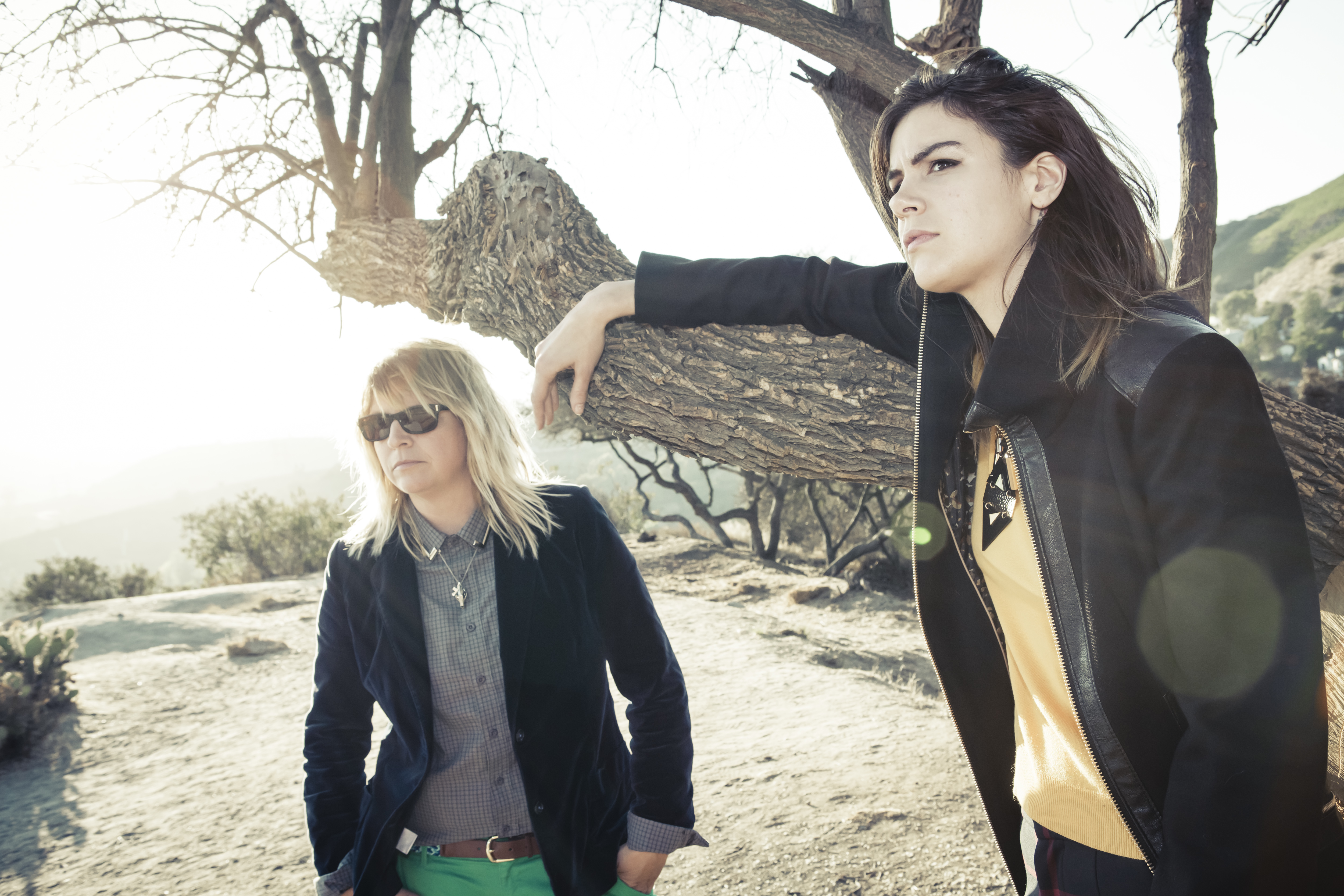 If you haven’t witnessed the rock  ’n’ roll fury that is the Pack A.D., prepare to give your eardrums a smashing treat. The energetic guitar-and-drums duo is landing at the Park Theatre on Mar. 4.

The Pack A.D. made their name as a hard-touring garage/blues-infused band, and Becky Black and Maya Miller have criss-crossed the continent many times since 2006 in support of their last four albums.

“We quit our day jobs years ago, but we just barely survived – we just toured a lot and didn’t have apartments to pay rent for, and we were just sort of broke for a long time,” says guitar-shredding and howling lead vocalist Black.

The last year has been a taste of the quieter life, as Black and Miller have been at home in Vancouver writing and preparing for the next round of touring to promote their latest release, Do Not Engage.

While this album marks a turn towards the poppier, more melodic side of rock ’n’ roll, it’s also their first release after signing to Nettwerk Records, and features more vocals from Miller.

“She started writing songs and I was like, ‘well, why don’t you try singing, I think it would be cool’ [ . . . ] She was really nervous about it at first but I think she’s really used to it now,” says Black.

Black and Miller have undeniable chemistry on stage, and while Miller is holding down the beat and wearing through the skins of her kit, Black is tearing up the rest of the stage. “I mean, [Miller]’s gotta stay to the drums so I try to take up as much room as possible,” says Black.

While she describes her regular stage antics as “spazzing out,” Black admits to a short-lived stint trying to learn how to do the splits. “I thought that would be, you know, really unexpected and ridiculous, but it’s really hard to do the splits.”

While the splits may be out, and while Black is giving Miller’s kit a brief reprieve from being used as a launching pad, expect a furious romp through favourites like “The Water” and “Big Shot” from the new album.

Locals Pop Crimes and the Thrashers will be priming the stage and they—along with other rock ’n’ roll loving residents of Winnipeg—get big props from Black for continuing to exist here. “I think it’s kind of badass that people live [in Winnipeg].”

So come out and show them a good time with all your badass selves, okay?

It’s a wonderful play (within a play)

Taking it to the people