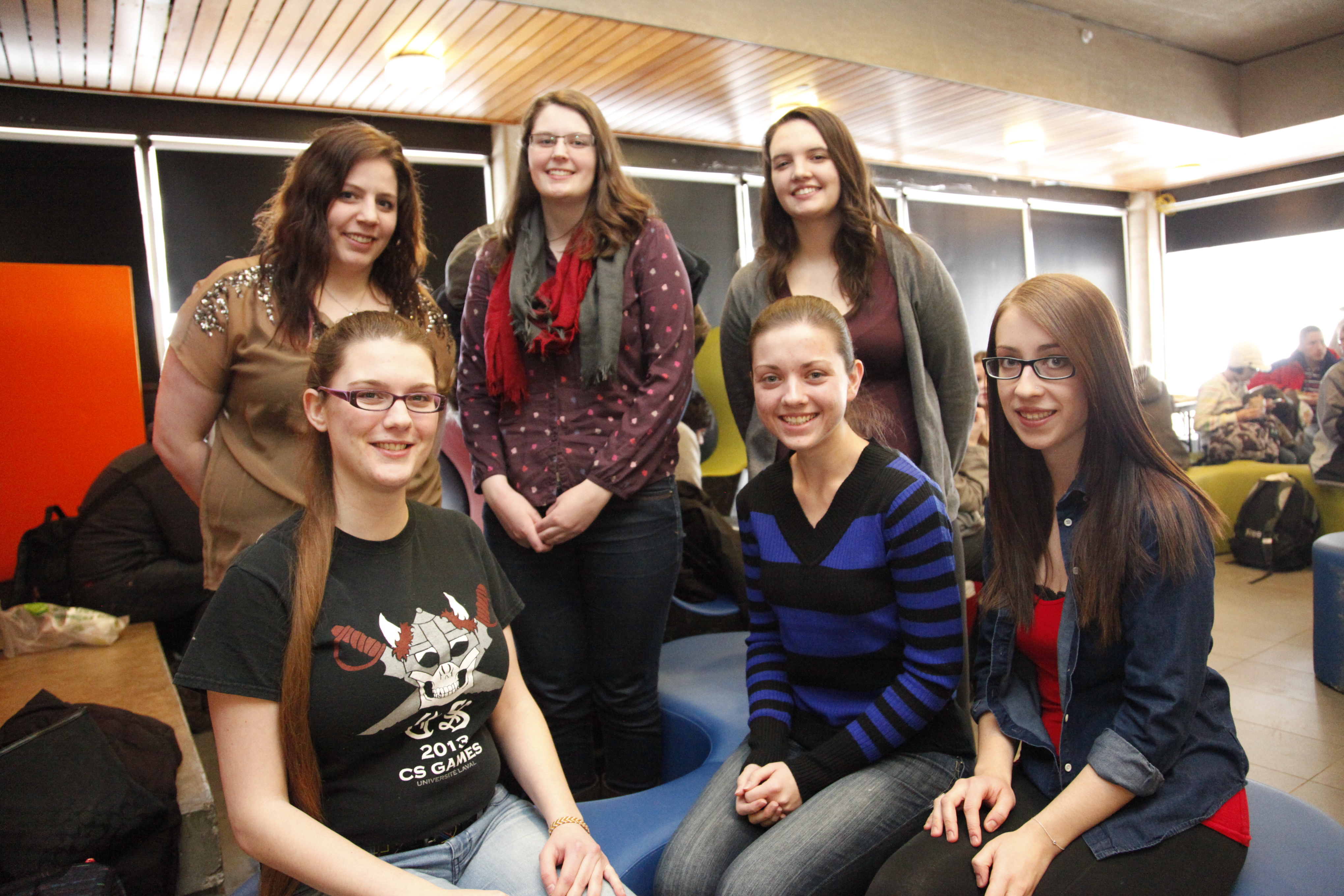 The U of M CS Women. Photo by Beibei Lu.

The Computer Science Students’ Association (CSSA) has announced that they will be sending two teams to the 2014 Computer Science (CS) Games, one of which will be the first-ever all-women’s team to attend the Games.

The CS Games were founded by students of McGill University in 2003. The Games include a mix of computing and programming challenges, pen-and-paper computer science tests, and social activities like sports and gaming.

Although the Games are meant to be an intellectual challenge, they also function as a social and professional networking event for undergraduate computer science students. Major industry sponsors include Microsoft and Google. According to Laurent Dang, the sponsorship director for the CS Games, one of the purposes of the event is to connect students with companies in the industry to help them find jobs or internships. Dang found an internship with Shopify through last year’s games.

The University of Manitoba first got involved with the CS Games in 2008. A team of 10 undergraduate students was sent to Sherbrooke, Quebec, with support from the department of computer science, the faculty of science, the Science Students’ Association, and UMSU. Since that time, the U of M has sent teams every year, and even hosted the Games in 2012.

This year the two teams from the U of M are called /b/rothers and U of M CS Women. Adam Duncan, the current CSSA president, is the captain of /b/rothers. Diana Carrier is the captain of the U of M CS Women team. Since the Games began, no school has ever sent out an all-women’s team. In 2008, over 300 students from over 30 universities took part in the games, and only 24 were women.

“Usually there are 15-20 schools, and each school is allowed to bring two to three teams of 10 people,” Carrier told the Manitoban. “In all that time, out of all those people, no school has ever brought more than four or five women. Per school, not per team. Many schools bring no women at all. So having a team of 10 women is absolutely unheard of. That is why it is so significant.”

There is a broader trend of female underrepresentation in computer-related fields. A United States Census survey published last September found that although there is a greater proportion of women in science and technology fields than there was in the 1970s, women are still underrepresented in the computer and engineering fields that make up over 80 per cent of science and technology jobs.

Carrier’s experiences in the tech world have been positive. “In my experience, the tech world itself is quite welcoming,” she said. “I’ve never seen any evidence that people thought I was less capable for being female.”

However, she pointed to some structural issues that she believes keep women out of computer science.

“Computer science is a very male-dominated field, though, and that can be a little intimidating to women looking to get into it,” she said.

“I actually think society is to blame for the lack of women in the tech industry [ . . . ] It’s little things, like how the science and engineering toys tend to all be in the boys’ section, and the girls’ section is all princesses and crafts. Or how the media portrays people in these industries as being sad, lonely (usually male) nerds.”

For some, U of M CS Women is an encouraging sign of boundaries being broken down. According to Raymond Laramee, former vice president of the CSSA, equal representation is one of the goals of the CS Games. “Having an all-female team at the CS Games shows to the other 20+ schools and sponsors [ . . . ] that the U of M’s department of computer science is progressing towards this goal.”

Put down that bacon

Android vs. iPhone: What’s the difference?