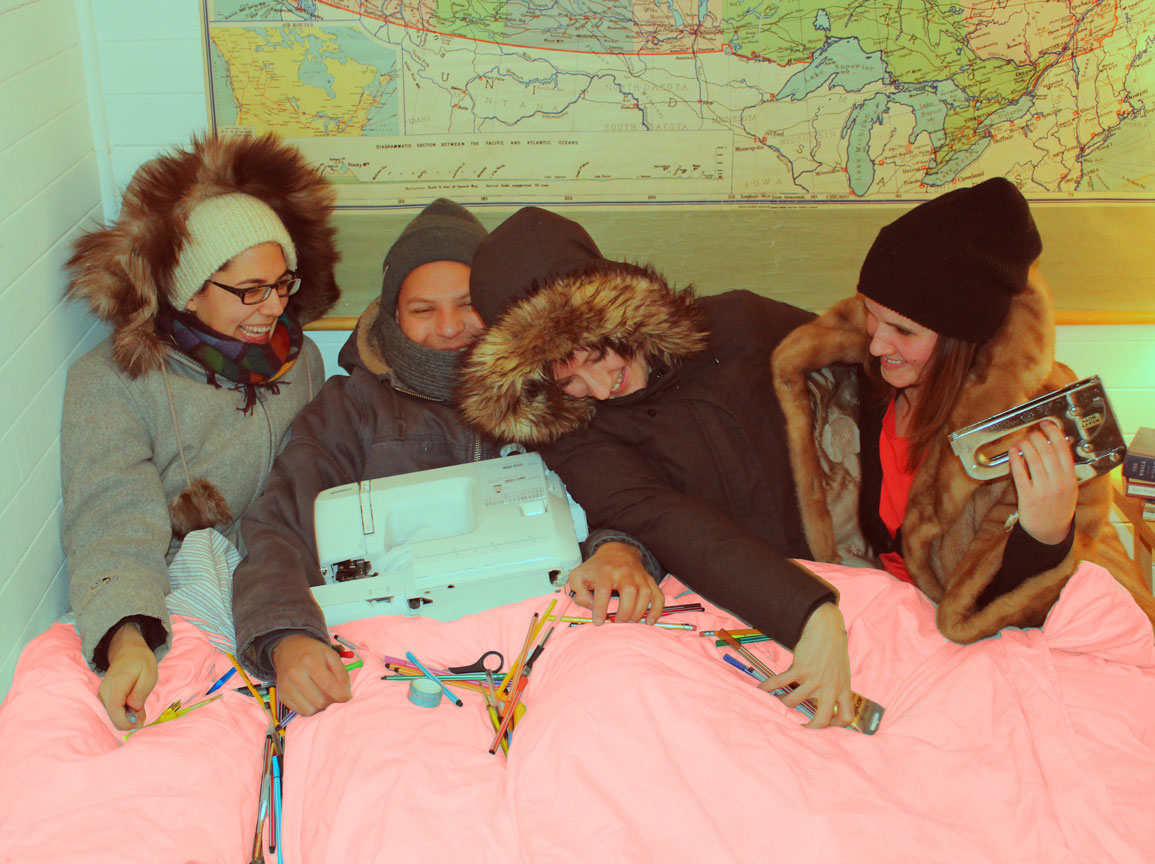 What comes to mind when you think of Point Douglas? Perhaps you know the area is named for the 5th Earl of Selkirk, who established the Red River Colony in 1812,  or that it has the lowest family income and highest unemployment of any riding in Manitoba. Some people also insist the area’s crime rate is its most notable feature.

On the other hand, you might know of the deep passion and creativity in the neighbourhood. These are the features emphasized by Ricardo Lopez-Aguilar, who moved to the area in August 2012.

“The city as a whole needs to make more of an effort to get to know more about the North End,” says Lopez-Aguilar, who works at a group home. “People have a fear of coming down here, and [a] fear of the people who live here. There are families here. Kids who play on the street. It’s not the neighbourhood that some people think that it is.”

He is chair of the Point Douglas Residents Committee, which late last year decided to host an event to draw people to the neighbourhood. Out of the ideas was Point Douglas is for Lovers, a community-based craft and bake sale with a welcome invitation to the rest of the city.

“Everything at the sale is handmade: bead work, silkscreening, reworking old clothing into something new. Everyone has submitted something amazing,” says Lopez-Aguilar.

Organizers wanted to allow as many artists as possible to showcase their work, regardless of income or professional status, so they kept the application fee low. “We’re giving priority to people who live, work, and love in the North End.”

The event is put on in tandem with the North Point Douglas Women’s Centre and will be hosted by Grace Point Church, which Lopez-Aguilar says is perfect because of its central location, size, and welcoming atmosphere.

The event was named because of a quality of the residents of Point Douglas. “I felt it when I first moved into the area. It struck me as really unique and interesting,” says Lopez-Aguilar.

“The people that live here, I don’t even think love is a strong enough word. There is a burning passion and pride from the [people]. It’s incredible.”

The event date was also planned when one member of the organizing team suggested people could acquire gifts to give loved ones on Valentine’s Day.

On Saturday, Feb. 8, come to Grace Point Church, 137 Euclid Avenue, from 12-4 p.m. For $1 you have admission to one of the best craft sales in the city. Check out their promo video on Vimeo, made by local music video genius Christian Procter, with music by the band ATLAAS, a local duo consisting of Lopez-Aguilar and Heather Thomas.

A fresh take on a timeless classic

An experimental exhibition in more ways than one