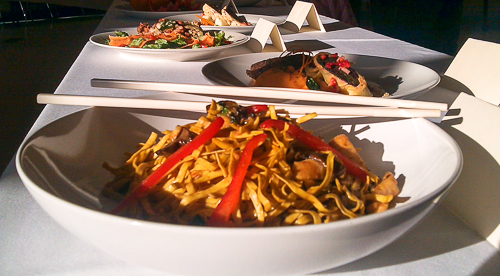 Local food was on display last Friday at Manitoba’s fourth annual Localvore Iron Chef Cook-Off. In what is quickly becoming a staple on the food calendar, Localvore pits teams of students from across the province in a cook-off, this year in four different categories.

Food Matters Manitoba is the force behind the event. Their mandate is to cultivate community food skills, provide public education, and build partnerships and networks between Manitoba food producers and consumers.

Fourteen teams of students from secondary and post-secondary schools across the province took part, including teams from urban and rural Manitoba.

Teams had one hour to cook their dishes, which were then evaluated by a panel of judges.
Co-ordinator Sagan Morrow has led Localvore the past two years. 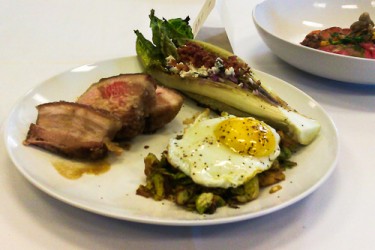 “It’s been fantastic: this year we have a whole new team of judges. We have new and returning teams; we have seen the returning teams evolve their recipes year after year, and it’s amazing the things they’ve been doing.”

The local aspect of the competition requires students to learn more about food production in Manitoba.

“There are a lot of really important things that come out of this cook-off. They’re learning new food skills – anything from growing food, to connecting to local farmers and local producers. They’re able to learn all about various aspects of the food system here in Manitoba, and then demonstrate how we can access local food in the middle of a Manitoba winter. They’re able to show that it’s really possible – and to not just create plain recipes, but these really amazing restaurant-quality dishes,” said Morrow.

Students create and research their own dishes, obtain the local ingredients, and prepare them for a panel of judges – some using 100 per cent local ingredients. The teams are judged on presentation, cleanliness and teamwork, complexity, the local content of their dish – and, of course, taste.

Charmaine Agsalud and Megan Esguerra were part of a team from Sisler High School.

“Before I didn’t really take into account how the products in the grocery stores come from so far away. Now I really enjoy going to the farmers’ market and supporting our local economy. We’re more aware that to help the environment we should buy local if we can.”

“Our dish was almost 100 per cent local [ . . . ] We had to find out where to get the ingredients from and research our dish before. In season, when things are growing, it would have been a lot easier; [during] off-season it is more difficult but it is still possible, as we’ve shown here today,” said Neufeld.

Louis Riel ATC sent 15 students in four teams this year. The culinary instructor, Jeremy Bender—or Chef Bender as his students call him—has participated in every Localvore since the beginning of the competition four years ago.

“Cooking local supports the local economy, and local businesses, and for students to research and learn about the products that are available in our local foodshed is very beneficial – for them to see that you don’t have to go to far-away places to get things like flour or vegetables or meat. There are a lot of local farmers that produce a phenomenal product, and it’s great that they’re learning about this,” said Bender.

Confession of a baby face