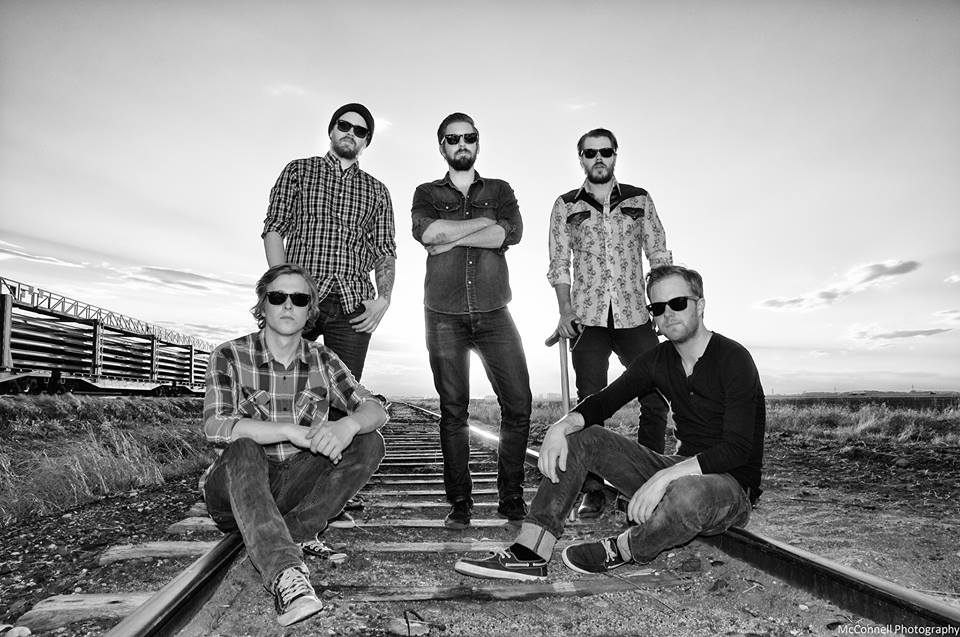 For their second year in a row, the Proud Sons—Ryan McConnell, Kyle Meyer, Jay Mymryk, Jesse Meyer, and Jason Stanley—will bring their rock and roll to Festival du Voyageur.

The band is influenced by the Rolling Stones and Bruce Springsteen, perhaps partially due to those performers’ demonstrations of less “synthesized,” more trimmed-down music. This was the idea behind Southern Hospitality, the Proud Sons’ five-song EP released last July, whose first track is titled “Rollin’ Stone.”

Even up until the 90s, bands “played their instruments, didn’t sing with autotune,” laments drummer Jay Mymryk.

Southern Hospitality, which the band recorded at Memphis’ Sun Studios, goes “back to basics.” The entire band played in a single room and recorded at the same time.

When asked what role Festival plays in shaping the local music scene, Mymryk notes how it helps festival-goers discover new music: “[Growing] the love for smaller, more independent bands that you’re not gonna see on [television].”

Lead singer Ryan McConnell is appreciative of the Provencher area, especially Le Garage Café, for supporting local music. He describes the struggles in trying to make a living as a musician in an age overwhelmed by the increasing prevalence of DJs. “Festival really opens people’s eyes to help them understand that there’s still these people who are 25 years old and broke and trying to be a musician.”

When asked what to expect at their show on Feb. 15, McConnell says it will be energetic; they’ll “be pouring shots of Fireball everywhere.”

“It’s just people wearing jeans and flannels and toques, and we’ll all just be having a good time.”

“[Ryan’s] got this voice that kind of appeals to a younger, modern crowd, but then the music takes you back a little bit,” adds Mymryk. The Proud Sons’ music is a marriage of “rock and roll dirtiness” and McConnell’s “pretty” vocals.

The audience can also experience the bandmates’ close connection. Mymryk has played with brothers Kyle and Jesse for 10 years, and has known McConnell and Stanley (guitar, piano, banjo) his entire life. Mymryk says he, Jesse (bass), and Kyle (lead guitar) can be playing a show “and not remotely hear each other onstage but [he’ll] always know where [they’re] gonna be.”

After a year that included a Countryfest appearance, shows in Western Canada, and their EP release, the Proud Sons are currently writing and will soon be putting out their full-length debut.

Catch the Proud Sons with DJ Kocho at the Liquor Mart Snow Bar on Saturday, Feb. 15 at 7 p.m. Their “Beard” and “Zig-Zag” t-shirts will be sold on Feb. 15 for $20. Go to facebook.com/theproudsons for more information.