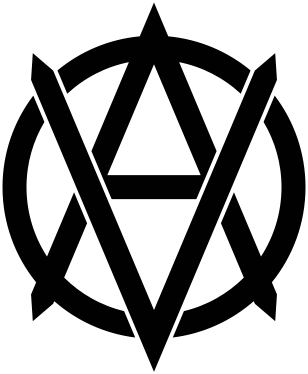 For the veganarchist, these two approaches to leftist activism are not mutually exclusive; on the contrary, together they create a praxis for change that is powerful and, importantly, consistent.

Veganarchism, also known as total liberation or radical veganism, is a political philosophy which combines veganism and anarchism. Brian A. Dominick popularized the term in his 1995 essay, “Animal Liberation and Social Revolution.” He distinguishes veganism (the lifestyle) from pure vegetarianism (the diet), writing, “The vegan bases her choices on a radical understanding of what animal oppression really is, and her lifestyle choice is highly informed and politicized.”

The veganarchist rejects the socially-constructed hierarchy between humans and animals in the same way she rejects the social constructs of race, gender, and class hierarchies, and recognizes the equal importance of human and animal liberation struggles.

Therefore, she believes it is hypocritical to advocate for the elimination of hierarchies and oppression for all humans while simultaneously supporting and benefiting from the enslavement of animals for food, entertainment, testing, clothing, etc. Veganarchism also holds that it is hypocritical to advocate for an end to animal enslavement while supporting the capitalist, corporate structures that keep human workers enslaved – for example, the sweatshops of the cheap textile industry.

This is how the idea of ethical consumerism is central to veganarchism – but it is ultimately less about consumerism, for rampant consumerism still supports the capitalist system, and more about personal integrity and consistency of ethics. It is also about influencing social change and societal attitudes. Through word of mouth and by example, abstaining from consuming animal products and cheap imported clothing alike sends a strong message that has the potential to make people question their daily lifestyle choices and, down the line, their worldviews.

However, the crux of veganarchism is that ethical consumerism alone will never bring about a change significant enough to liberate human and animal kind. Direct political action is necessary to dismantle the institutions and structures upheld by intersecting oppressions and hierarchies. Its importance cannot be overstated.

Nonetheless, veganarchism holds that a functional, truly libratory anarchist society for the future can only be made possible by people learning and practicing anti-oppression in the here and now, in every small way they can. As Dominick writes, “Why would we strive toward a system which would result in our inability to eat meat if we cannot bear to give it up now?”